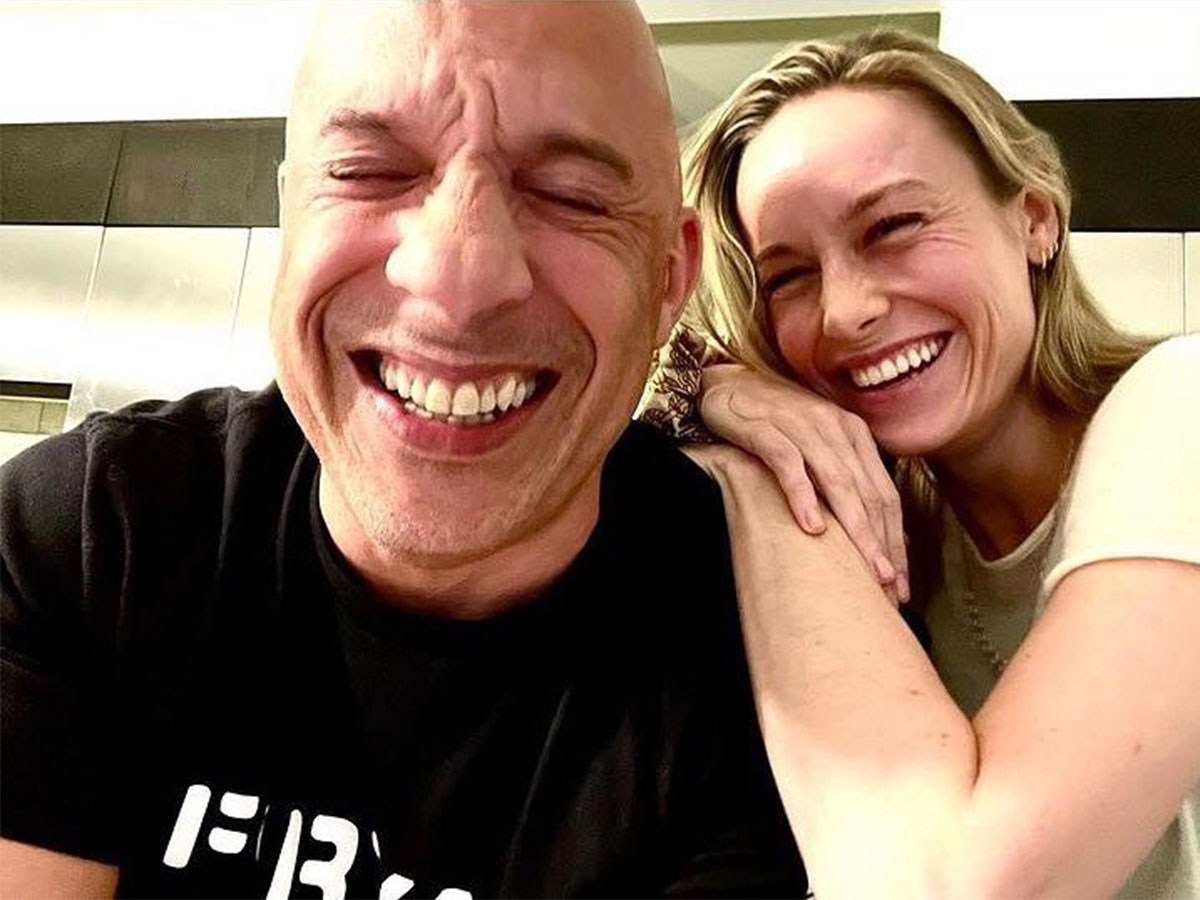 The Fast & Furious family is literally growing Ė not only with the tenth installment coming up Ė but with the introduction of a new character who would be joining the Universal Pictures film saga.

Posting a selfie of Vin Diesel himself with the Academy Award winner Brie Larson, the actor who is known for playing the character of Dominic Toretto announced on Instagram that the MCU star would be joining the Fast & Furious franchise.

Diesel captioned the image that shows the two of them with broad smiles on their faces as Larson rests her hands on the actorís shoulders:†ďYeah yeah yeahÖ you see this angel over my shoulder cracking me up, you say to yourself Ďthatís Captain Marvel.í Clearly there is love and laughter in this image. What you donít see, however, is the character you will be introduced to in Fast10. You have no idea how timeless and amazing she will be in our mythology. Beyond her beauty, her intellectÖher Oscar, haha is this profound soul who will add something you might not have expected but yearned for. Welcome to the FAMILY Brie.Ē

Way back in February, in an interview made in time for her Super Bowl Nissan commercial, Larson revealed that it has always been a dream of her to be in a Fast & Furious film. She shared how obsessed she was with the series, how good and fun they were, and how she truly appreciated cars because of how incredible the films were. ďPlease, please tell everybody I would, of course, want to be in a Fast & Furious movie.Ē

What to Look Forward to with the upcoming Fast & Furious 10

Along with Larson, Fast & Furious 10 has also confirmed the addition of Aquaman star Jason Momoa to the cast. Despite his iconic roles, the actor would be playing the role of another misunderstood villain in this film. It can be recalled that when it comes to casting, Fast & Furious series always has a strong track record of actors playing the role Ė like Charlize Theron, John Cena, and Idris Elba (in the Hobbs & Shaw spinoff). Also joining the family is Suicide Squadís Ratcatcher 2, Daniela Melchior.

Unfortunately, in this installment, Dwayne Johnson has already declined the request and offer to return for the big finale of Fast & Furious. The former wrestler would no longer be reprising his role as Luke Hobbs. ďVin and I actually connected not over social media, I told him directly Ė and privately Ė that I would not be returning to the franchise. I was firm yet cordial with my words and said that I would always be supportive of the cast and always root for the franchise to be successful but that there was no chance I would return.Ē

Scheduled to be released on May 19, 2023, the next Fast & Furious 10 and 11 are said to put to close the blockbuster series. Even after two decades and nine films, the franchise remains strong. Despite the pandemic and Dwayne Johnsonís departure, the last installment, F9, still grossed $726 million worldwide.