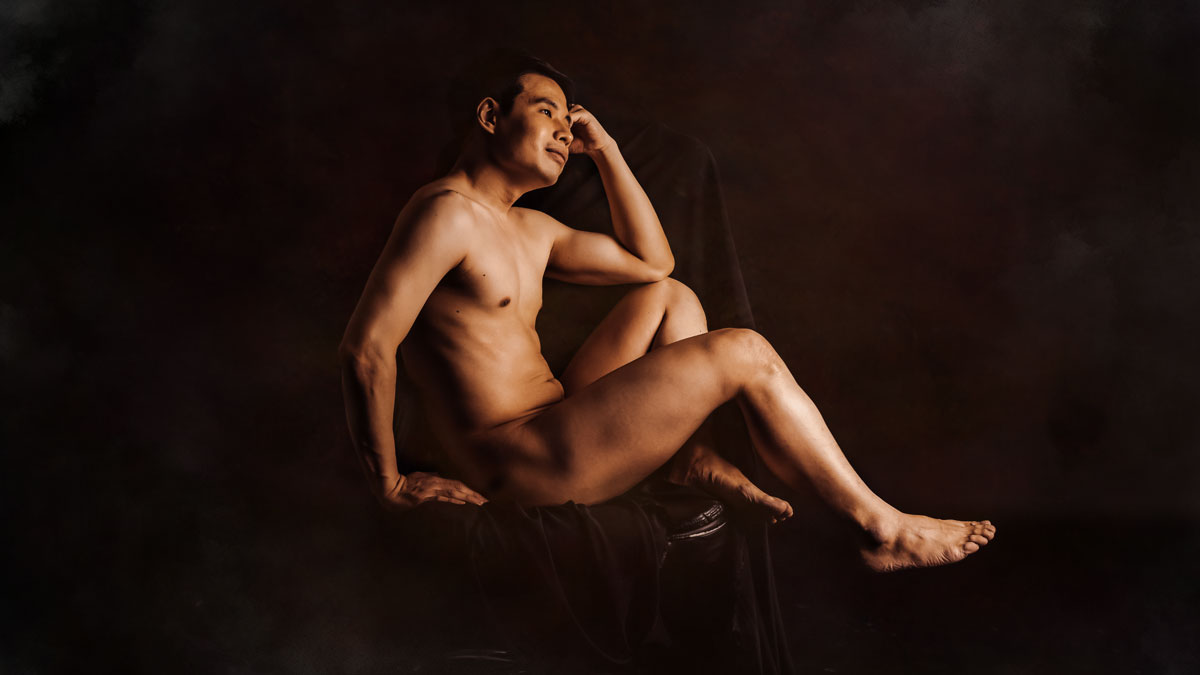 The naked tale of a Life Drawing model

The fascination with the undressed human body is nothing new in human history. The nude has been an inspiration for artists for thousands of years, with its origins traced back to prehistoric times. The modern world is blessed with early nude arts, particularly sculptures during the Greek period, followed by the Romans and the paintings of the Middle ages that eventually coalesced into the Renaissance and the Age of Discovery. It is extremely intriguing to know how the perception of the unadorned human form changes over time; the interest in nude art seems to subside in the present times, while debates and controversy about the naked form’s expression seem not to cease. Few artists continue to strive to depict the nude as art, yet only a handful leaves a mark and makes it to the mainstream compared to those of the early ages. The modern world seems to have a pornography-driven mindset making the line between art and pornography more tenuous.

Interestingly, as famous and legendary as these nude arts may be, none get to hear the subjects’ perspective aside from some of the artists themselves. Generation after generation has been looking and scrutinizing every inch of their immortalized human form, yet only a few get to hear their stories. It’s not as if the mythological Greek gods tell how tiring to pause for hours naked is, nor Michaelangelo’s David can speak, or Picasso’s mistress, Marie-ThÈrËse Walter, left a journal about her experience. Obviously, those are all for the books, and the mystery will always be part of their magic.

But as they say, “History Does Not Repeat Itself,” so we sit down with Darren, 32, one of Singapore’s nude models, to find out how it’s like to be at the fore of the scrutinizing eyes of the modern maestros.

How did you become a nude art model?

It’s a very interesting story. It was around 2016 or 2017 when I started to look for a very flexible part-time job online and found the job. I was skeptical at first and had no idea that the nude figure model exists. The pay is like $30-$50 per hour at that time, so I said why not, and I applied for it. From then, it continued until now, and it’s something I enjoyed doing.

Please walk us through your first nude drawing stint.

My first [nude modeling] experience was in a private art studio with nine artists. It was awkward initially, and I was still undecided about whether to push through or not. Many questions were running in my mind. Would the artists criticize my body? What poses should I do? I was still figuring out minutes before I stepped up on the platform.

During the first pose, I was shaking. I don’t know whether it’s cold or I’m nervous. The first pose was 20 minutes long, and all I’m thinking that time is to execute the pose well. After that, I became more comfortable.

Were there any regrets?

No, not at all, they were very professional. The artists were just focusing on what they’re doing. I didn’t think so much about how they look at me. It’s something about art, and I have not done any or got associated with art prior. So that’s something new for me to try.

Have you ever felt violated at all?

You know, the people whom I’ve met, fortunately, are very nice people. They’re really into art. It’s also a great time to meet and talk to new people and be the subject of their drawings. It’s interesting because they are from different walks of life. Some are teachers, artists; they are like any working adults coming all together for a similar passion. So it’s interesting to know how they discovered their love for nude figure drawing, too.

What is the weirdest pose you were asked to do?

There was a time when I modeled for a private studio, and they wanted to draw the details of my erection. At first, I found it weird, but they explained the purpose of it. It’s a decent art studio, and I know the teacher and the student even before, so my trust in them is already established.

Was there a time when you were asked to do poses that you didn’t feel comfortable executing and voiced it out?

I usually decide on poses myself. In school, it depends on which part of the body they wanted to work on. Although sometimes they request for specific poses, I agree it if it’s something I can do. If it’s too complicated and challenging to hold for too long, I say it or maybe suggest to execute it for a shorter period of time.

As a figure model, how do you take care of your body? Do you do anything to maintain it?

This job actually became the motivation for me to exercise. I usually run, walk, and do some exercise before I model for a class. It depends; artists typically like to draw different kinds of body types, so it all depends on what type of figure they [artists] want to work on.

You’ve been doing nude figure modeling for more than four years now; how do you define art in naked form?

It’s one kind of art. It’s not different from seeing beautiful objects, places, or anything and appreciating it. But then, since there’s nudity involved, not many people will be comfortable with it, and not many people will be keen to explore it. At the end of the day, nude drawing is just purely about art. Like maybe Asian countries, they are more conservative than Westerners, so it’s not as common, and sometimes, it’s very hard to explain and make people understand.

Do you think Asian countries, particularly Singapore, are changing their mindset about nude art?

Basically, in Singapore, I don’t really see that they are promoting [nude] art so much. There are a lot of restrictions, so it’s not that easy.

Do you think nude modeling is a good way to earn money?

Other people are doing it full-time. Of course, it’s a good way to earn money, but nude modeling alone wouldn’t be able to make sufficient income to sustain all my needs.

What is your advice to people who wants to explore being a life drawing model?

I think it’s something one should give a try. It’s like a once in a lifetime experience. We wouldn’t know if you will like the experience or not. If you ended up not liking it, that’s all; it will remain a unique experience for you.

Do you tell people that you do nude modeling?

No, the only people who know about me being a nude model are the artists who attend the session. My friends don’t do art, so it’s not something we talked about. I don’t really talk about my job with my parents either. Even if I tell them about what I’m doing, there will be many questions, and it’s not something that will be easy to explain and understand, I guess.

Even if they know, it’s not something that I will get embarrassed about. It’s a decent job, and I’ll tell them that I enjoy doing it. It’s not some sort of pornography; lastly, I want to explain the more significant concept behind it.