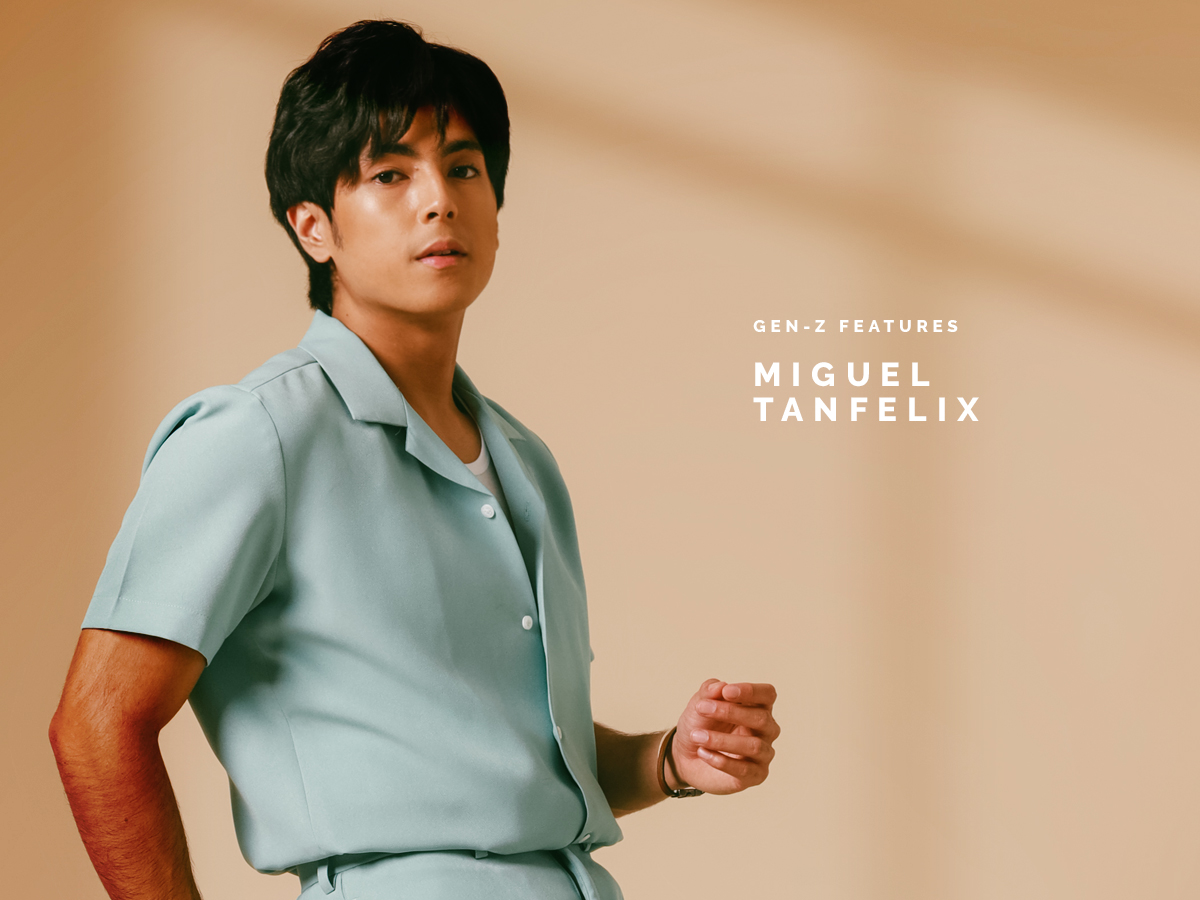 Pushing Limits: Miguel Tanfelix Steps Up to the Most Challenging Role of His Career

While many dreams of a life on screen, very few come to the realization of it. People are often wired, consciously or unconsciously, into a life constrained by self-imposed limitations. Instead of rising up to the challenges, most would prefer to remain in the peripheries Ė staying in the comfort zone as a dreamer for a lifetime.

But Miguel Tanfelix is unlike many. His portrayal of every role given to him proves his ability to challenge his limits, of what he is capable of. From a charming boy who has captivated the hearts of the audience, he has now become one of Sparkle GMA Artist Centerís Brightest Stars of 2022. This year, he will play the lead role of the upcoming primetime series ĎWhat We Could Beí with rising star Ysabel Ortega and will be the front runner on the networkís most extravagant TV production, the Philippine live adaptation of the 70s classic anime series, Voltes V expected to be released next year.

As a talented child actor, itís easy to conclude that all these achievements came easy on Miguel. With his undeniable good looks and brilliant performance as a young adult, many believe that he is sure to follow the leads of established actors like Dennis Trillo, Dingdong Dantes, and Alden Richards. However, unknown to many, Miguel also struggles with the demands of the industry.

In here, Miguel Tanfelix shares the struggles of growing up on screen, facing head-on the challenges that come along his way, and pushing his limits to meet expectations Ė both of his own and the public.

Miguelís career in the showbiz industry can be traced back as early as 2004. At the age of five, he emerged as one of the runners-up of the first and only StarStruck Kids talent search competition Ė which opened doors to numerous roles in acting and performing that eventually led him to land on the most sought-after role of Steve Armstrong of Voltes V: Legacy.

Because of his innate talent and good-boy charm, Miguel got a string of supporting and minor roles, including his first series in 2004, Mulawin, where he played the role of the half-human and half-bird, Pagaspas. Thereon began his eighteen years with the network, turning him into one of the household names in the industry Ė playing big roles and earning awards and nominations from renowned award-giving bodies.

While many actors have successfully transitioned from being child stars to landing on mature roles as they grow in the eye of the public, this does not mean that the journey was seamless to all. Miguel admits that he also had his fair share of fears and doubts if he could fill in the big shoes given to him Ė like portraying a mentally-challenged teenager in the 2014 drama series NiŮo.

With so many talented individuals in his field of work, projects also didnít come out pouring like how people imagined successful actors like Miguel have them. With minimal roles given to him in his early teenage years, he went back to school and focused on his studies thinking he might not really be fit to become a great actor.

It was only in 2014 that Miguel got his big break Ė which led to more opportunities, such as playing once again the role of his beloved character Pagaspas in the 2016 retelling of the hit fantasy series Encantadia and Mulawin vs Ravena in 2017. His subsequent projects gave way for his on-screen partnership with actress, Bianca Umali, which cemented their loveteam and opened more projects with the two of them on the lead, including Kambal Karibal and primetime drama series Sahaya.

Having all these television projects, movies, and endorsement deals, Miguel has undoubtedly marked his name in the minds of many people. But despite all these, he confesses that he is one to battle with insecurities too. At times, he questions if he has given his best on the roles assigned to him Ė if heís worthy of the roles given. ďHonestly, Iím a really insecure person. There are a lot of roles that I think I didnít do enough justice.Ē

Sometimes, Miguel feels overwhelmed by the expectations of the public, including his supporters, family, management, and most particularly after earning the moniker as one of the ĎNext Brightest Stars of 2022í. ďItís really a big thing, you know. You got to put extra effort into it and be self-conscious. And there are lots of things going on like the pandemic and social media bashers.Ē

But instead of allowing negative thoughts to crawl in, Miguel welcomes these challenges and sees them as opportunities to make better of himself and the craft that he does. ďWhen the opportunity comes, you donít have to think twice. You just grab it.Ē He also surrounds himself with positive people who continuously believe and support him.

Fortune indeed favors the bold. Instead of entertaining the fear of not being taken seriously as an artist or failing to meet the expectation of the people, Miguel proves to be stronger than his worries. He stays focused and puts extra effort into whatever he does Ė never letting distractions get in the way. ďIím a very passionate person. Whenever I have a new show, I make sure that I put 101% on it. I study the role. I do research and everything.Ē In fact, Miguel took freediving lessons to internalize and prepare for his role as a sea gypsy in the drama series Sahaya. Likewise, he started his motorcycle and firearm training for Voltes V: Legacy as he takes the role of a skilled marksman and motorcycle rider.

To further his growth, Miguel also takes time to rewatch the scenes he made in his previous shows to see how he has improved and how else he can improve on the roles given to him. He finds validation from these milestones, which allows him to look back, count his blessings, and see how far he has gone.

What Else to Expect from Miguel Tanfelix?

As life comes with a series of challenges Ė each becoming more difficult than the previous Ė Miguel sees through it that he continues to inspire his supporters by creating content in the new media, like TikTok, YouTube, and Instagram, that affirms the value of staying true to oneself and being focused on oneís goals.

Dedicated as he is, Miguel also puts a high value on education. He envisions himself finishing his degree in Entrepreneurship and pursuing further studies in Psychology or Film one of these days.

At present, Miguel and the whole Voltes V: Legacy team are in the process of completing all scenes and preparing them for the final edits. This is expected to be the most crucial part of the production given the kind of genre that itís going to introduce to the viewers.

Compared to the series that Miguel had previously done, he finds this new sci-fi genre to be the most challenging, by far. Thatís why he is superbly grateful to be learning so much from the production team, scriptwriters, and most particularly to their director and acting coach.

Even if it was originally produced in the 1970s, Miguel hopes to entice a wider range of audience Ė from the boomers to the millennials and the new generation Ė with the relatable storylines and astounding effects that they have prepared for this massive production.

All these efforts he does to inspire more people to go beyond their limits: to live every moment of this borrowed life. As Miguel Tanfelix puts it: ďLife is short. But itís beautiful. So, you have to make the most out of it.Ē

Shot on location: Beyond Concepts Studio