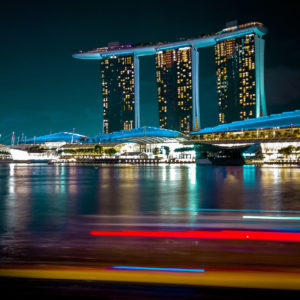 Las Vegas Sands, the world’s pre-eminent developer and operator of world-class Integrated Resorts such as the Iconic Marina Bay Sands Singapore, still holds the leadership position for Climate Change according to CDP, the international nonprofit environmental disclosure platform. The said position has been the company’s fifth year in a row, and a distinction shared by only 2% of disclosing companies.

According to Katarina Tesarova, senior vice president of global sustainability at Las Vegas Sands, The CDP has continued to provide them a comprehensive framework that inspires them to become leaders in their industry as well as to provide guidance for the strategic direction. She also added, “Among the thousands of companies that were scored this year, Sands is one of a very small number from around the world to make the A-List. We’re proud to be recognized, and we will continue to work towards an additional reduction of our environmental impact.”

Through Sands ECO360, the company’s award-winning global sustainability program, Sands has reached several environmental milestones, all contributing to its placement on the Climate A-List. The iconic ArtScience Museum at Marina Bay Sands in Singapore is the first Asia-Pacific region museum to achieve LEED (Leadership in Energy and Environmental Design) certification, and The Parisian Macao achieved LEED Silver certification for newly constructed buildings – the first building in Macao to receive this distinction. Additionally, the implementation of 38 energy-efficient ECOTracker projects are expected to save more than 48 million kilowatt-hours of electricity every year, through LED lighting upgrades, energy savings campaigns focused on consuming less power, and more.

Sands has participated in the CDP environmental disclosure platform since 2012, starting first with reporting on climate change initiatives. Achievement of the Climate Change A List highlights the company’s work towards cutting emissions, mitigating climate risks, and building integrated resorts responsibly.

The company has also retained its leadership in corporate sustainability with its most recent recognition on the Dow Jones Sustainability Indices (DJSI) and America’s Best Employers by Forbes.