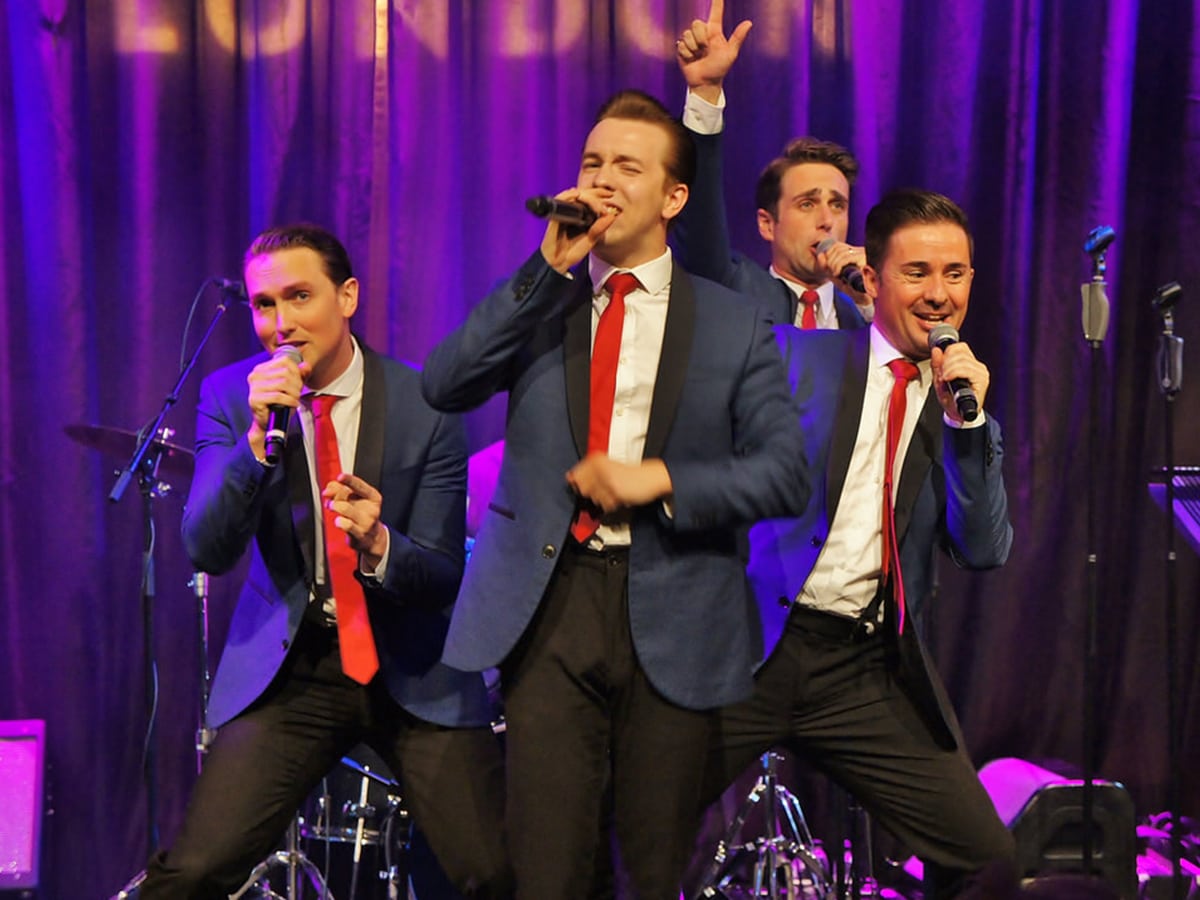 Get Physically Transported into the Music World of BIG GIRLS DONÆT CRY this October!

Too good to be true? Nope. This is not a drill. BIG GIRLÆS DONÆT CRY will truly hit the Singapore stage this October 20¢21.

For the first time in three years, the British Theatre Playhouse announced that their latest musical would be performed in Singapore. Now that COVID-19 restrictions are slowly being eased, music enthusiasts and lovers alike can experience once again the beauty that is of being physically transported into the musical world of BIG GIRLÆS DONÆT CRY at the Grand Ballroom, One Farrer Hotel, Singapore.

It would surely be a night to remember as the internationally acclaimed group, The Eastcoast Boys, will take you back in time with their timeless performance of the iconic hits that propelled Frankie Vallie and The Four Seasons into stardom in the 60s and 70sŚallowing them to sell an incredible 100 million records worldwide at that time.

As per the Founder of the British Theatre Playhouse: ōBIG GIRLS DONÆT CRY is a feel-good show that has been performed many times in LondonÆs West End during its 15 years, including at the Lyric Theatre, the Dominion Theatre, and the Savoy Theatre, and tours the major UK regional theatres year in, year out. it is a perfect antidote for the post-pandemic era to transport you to another world of love, joy, and connection.ö With music that is truly irresistible and relatable, those who will watch the performance live will surely have a wonderful evening.

As a great supporter of artists and original artworks, One Farrer Hotel happily collaborated with the British Theater Playhouse and supported the arts ¢ which they deemed as vital in the aesthetic experience of living ¢ and music ¢ which is considered a universal language. According to Dr. Peng Chung Mien, the Director of One Farrer Pte. Ltd., ōIt is a bonus to incorporate performing arts and make a difference in peopleÆs lives.ö

The world-renowned musical promises a pitch-perfect performance from the four musical performers taking on the persona of The Four Seasons (slated to sing the iconic sounds of New JerseyÆs finest and tasked with narrating the story). The audience can look forward to getting serenaded by the nostalgic hits of the past, such as CanÆt Take My Eyes Off You, Rag Doll, My Eyes Adore You, Oh, What A Night, Big Girls DonÆt Cry, and many other songs specifically featured in the musical.

All these timeless songs of the 60s and 70s will make an epic comeback in the award-winning musical, Jersey Boys, which was later adapted into a film of the same title in 2014 directed by Clint Eastwood. Because of its prolific presence in pop culture, the song Big GirlÆs DonÆt Cry was also featured in many movies, including the opening scene of the classic 1987 movie, Dirty Dancing, 1979 The Main Event, and 1990 The Mermaids.

Get ready to be blown away by the synchronized performance that will surely inspire you to sing, hum, and dance alongŚjust like they always do with their national and international tours. Their recent performance in the United Kingdom has garnered rave reviews from the audience and positive feedback from the press.

This time, the British Theatre Playhouse is more than excited to bring such a fun-filled, memorable experience to the audiences in Singapore. BIG GIRLS DONÆT CRY will feature leading stars Damion Scarcella (known for his appearance in many British and Australian productions), Lorne Taylor (a musical theatre performer from Rhondda Valleys in South Wales), Stuart Innes (member of the cast of BIG GIRLS DONÆT CRY since its conceptualization in 2008), and Tristan Ward (trained at the London School of Musical Theatre). To get to know more of the cast who will make your night such an event to remember, check out details on the British Theatre Playhouse website here.

Tickets for BIG GIRLS DONÆT CRY Are Now on Sale!

BIG GIRLS DONÆT CRY will hit Singapore this coming October 20. Public performance tickets are available through SISTIC for $100 excluding GST and SISTIC booking fee. The performance will start at 8:00 pm at the Grand Ballroom, One Farrer Hotel, Singapore.

Under the patronage of the British High Commissioner, British Theatre Playhouse will be hosting their established Art for Charity Gala event on the second night, October 21. This meaningful gala will be celebrated through an opening with a welcome QueenÆs Platinum Jubilee cocktail reception, which will then be followed by a sit-down dinner, and the most-awaited show, BIG GIRLS DONÆT CRY.

The Art for Charity Gala is organized exclusively to help raise funds for the financially disadvantaged children and young people ages 6 to 18 of The Rice Company Limited (a registered charity with IPC status in Singapore). Thirty percent of the gross proceeds from all table and ticket sales will be donated to the #Engaged Initiative Fund to help develop arts and culture programs that engender creativity, inspiration, and values, and an annual online arts festival platform that will exhibit the creativity and voice of children and youth.

Those who will attend the gala will enjoy a free flow of Lanson champagne, climate-positive Platinum Jubilee cocktails, and a delightful four-course dinner designed by One Farrer HotelÆs Executive Chef that also comes with free-flow wines. Guests will also be gifted with an exclusive QueenÆs Platinum Jubilee memento.

Tickets for BIG GIRLS DONÆT CRY ¢ British Theatre Playhouse ōArt for Charityö Gala Reception, Dinner, and Show at $7,000 (Gold Table of 10 seats/ 10 tickets). The event will be on October 21, Friday, starting at 6:30 pm onwards at the Grand Ballroom, One Farrer Hotel, Singapore. DonÆt miss this chance to see BIG GIRLS DONÆT CRY and help at the same time. Book your tickets on this site!