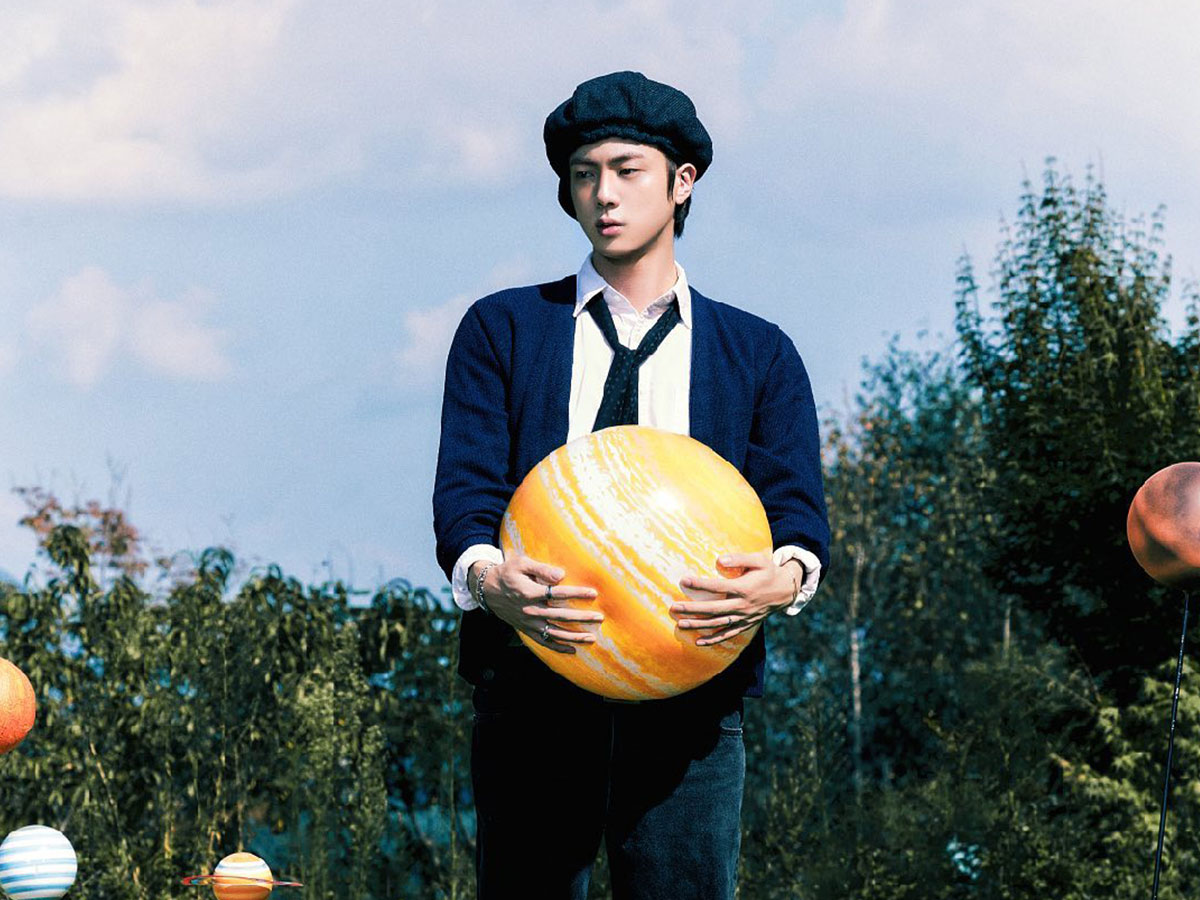 Watch the heartwarming cinematic music video for the track, co-written by Coldplay.

After the successful collaboration of the world’s biggest bands—BTS and Coldplay—on their uplifting My Universe track, which became the first Hot 100 No.1 by two groups, the friendship of the members further blossomed into yet another heartfelt track, The Astronaut.

In his past solo releases, Jin has proven his ability to evoke emotions in his ballads, like Awake and Epiphany. However, this time, The Astronaut took a more meaningful approach with its dynamic pop-rock beat. Giving the song an intent listen, Chris Martin can even be heard seamlessly harmonizing with the BTS superstar.

Here’s Why You Have to Listen Closely to The Astronaut

As part of the South Korean group’s “Second Chapter” – a time for the group members to engage in individual activities alongside their work – Jin dropped his latest single, which explores themes of connection, particularly for his undying love for his fans, the Army.  In an interview, he shared that the song was meant to be a gift for the fans.

The Astronaut was co-written by Coldplay, showcasing the kinship shared by the group members after their collaboration over a year ago. Aside from Jin, who looked so ever calm and cool throughout the dreamy music video, special cameos of his Coldplay collaborators and shoutouts to the Army were perfectly set in the backdrop.

The music video for The Astronaut tells the story of an alien navigating the Earth, trying to find connection and purpose, before ultimately deciding to embrace his new home. The lyrics of the song fit flawlessly into every scene, emphasizing dearly the message Jin wants to impart to the people supporting him, BTS, and the work that they do. “You and me like a star that doesn’t shatter. Becoming your dream to travel throughout the universe. Just as Milky Way shines upon the darkest roads, you were shining towards me. The only light found in the darkness on my path to you.”

The BTS star’s enchanting vocals, which have dropped into a slightly deeper register than his usual, add a fresher and more velvety texture to the emotions conveyed in the track. Following the release of The Astronaut, Jin will make his debut performance of the track at Coldplay’s concert in Buenos Aires, Argentina.

For those who were not able to secure tickets for the live performance, fans can still watch the concert at the River Plate stadium in a movie experience with more than 3,500 theaters “cinecasting” worldwide.

Get mesmerized by this amazing collaboration between Jin and Coldplay and watch the music video of The Astronaut now!