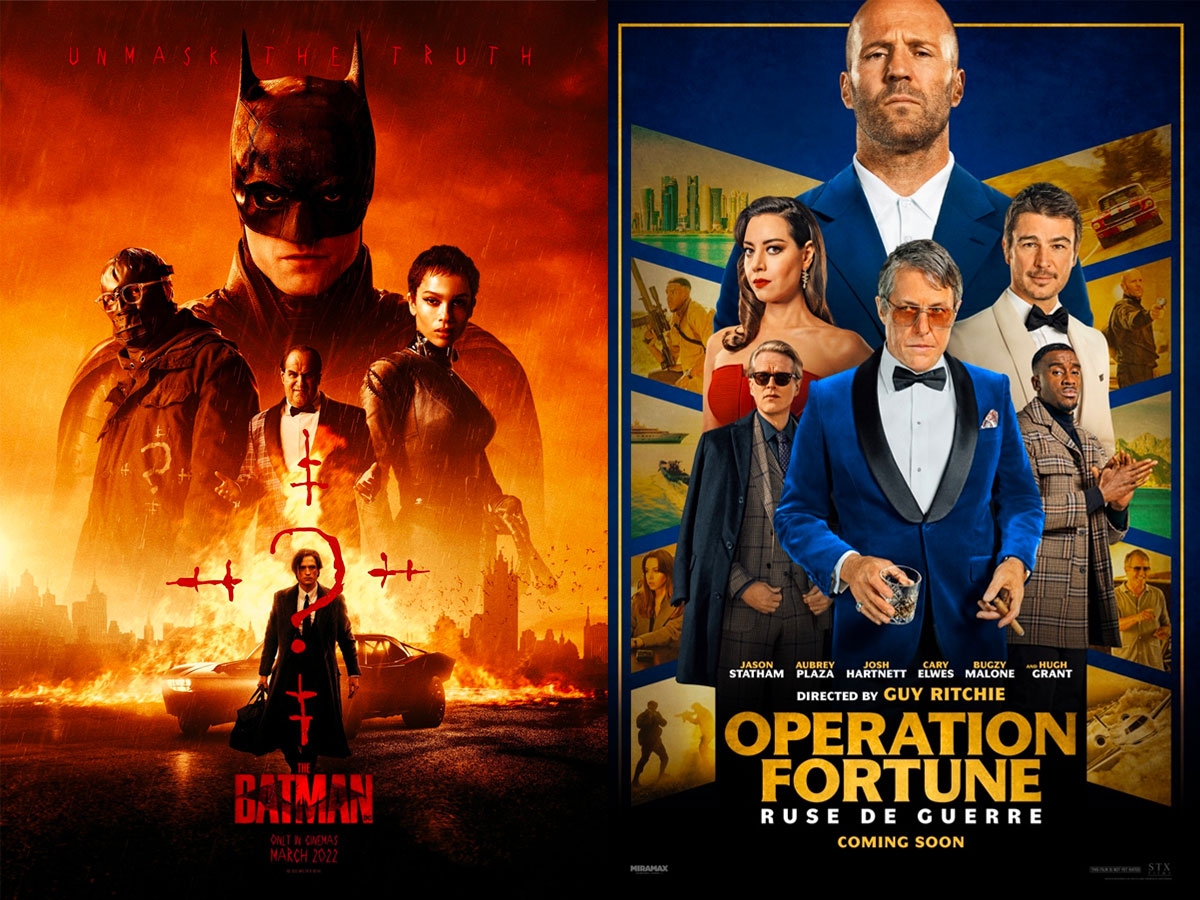 The Best Action Movies Coming this 2022

Buckle up because 2022 is the ultimate year for action! If youÆre feeling bummed out lately, then get ready to feel the rush of adrenaline as the fast-paced drama, thrill, and adventure awaits you with the action movies that will be released this year.

Action movies are always the way to go especially if you want to witness a spectacular display of events and exercise the thought processing capability of your brain. While these may not promise a relaxing treat, at least you get to stay alert, active, and entertained while watching the film.

The Best Action Movies to Watch this 2022

Going through all the action movies that will be released this year may come exhausting already. Reserve your energy for the best ones. Here are the highly-recommended action movies that you can watch on theaters or stream online:

WhoÆs not excited for Robert Pattinson to play Bruce Wayne in this latest Batman movie? While the pandemic has wreaked havoc on the final release date of this movie, the Dark Knight will finally return to the big screen this March! The recent trailer shows off how the younger Bruce Wayne deals with the rise of Riddler (played by Paul Dano), Penguin (Colin Farrell), and Catwoman (Zoe Kravitz).

What are the risks that you are willing to take for your family? If youÆre missing the action and mind-boggling scenarios of Money Heist, then Ambulance will give you the action, explosion, and drama that you have been looking for.

Ambulance tells the story of a veteran who teams up with his adoptive brother to steal $32 million from a bank in Los Angeles to cover the medical bills of his wife. In this spectacular movie directed by Michael Bay, Jake Gyllenhaal and Yahya Abdul-Mateen II bring back the thrill of figuring out how to outrun the law with the use of an ambulance.

Jason Statham is back with another action-comedy film with Hugh Grant, Aubrey Plaza, Cary Elwes, and Bugzy Malone. Working as an elite super spy, Orson Fortune needs to track and stop the sale of a deadly weapon technology wielded by Greg Simmonds ¢ a renowned billionaire arms broker. To assist Fortune and his team with this undercover mission, they recruited another member, who is no other than HollywoodÆs biggest movie star Danny Francesco (played by Josh Hartnett).

The legendary exploits of Pete ōMaverickö Mitchell are here to make a comeback after thirty-four long years. Finally, the most anticipated sequel of 1986Æs Top Gun will be released this May, still with Tom Cruise on the lead but with a pilotÆs license now. As one of the NavyÆs top aviators, he is tasked to train a new squad of graduates and prepare them for dangerous missions that would entail ultimate sacrifices. Along with Tom Cruise, Jennifer Connelly, Miles Teller, Glen Powell, and Jon Hamm will also star in this action-drama.

Industry veteran, David Leitch, continues his flair in the action film genre with this star-studded film about five assassins who found themselves on the same bullet train from Tokyo to Morioka in Japan ¢ wherein in between stops they discovered that they are on related missions. The ensemble includes Sandra Bullock, Zazie Beetz, Bryan Tyree Henry, Joey King, and of course, Brad Pitt.

Rising to fame from the Eternals and Train to Busan, Ma Dong-seok is back to punch and kick butts with the sequel of the 2017 hit South Korean action thriller film, The Outlaws. This time, the ōBeast Copö is on a mission to catch the vicious criminal behind the murder cases of many tourists that have been going on for several years.

Initially titled Escape from Spiderhead, this dark science fiction action film directed by Joseph Kosinski will bring you to a future where convicts are given the chance to reduce their sentences by simply taking part in a medical experiment. In this movie based on the dystopian short story written by George Saunders, Chris Hemsworth takes the lead as Miles Teller and Jurnee Smollett play the role of the two convicts participating in such scientific trials.

Also, something to look forward to this year are the instalments of Expendables, Thor, Avatar, Extraction, Accident Man, Dr. Strange, and Black Panther. No debates needed, these action films will totally make us experience once again the fun and thrill of watching movies in cinemas this 2022!