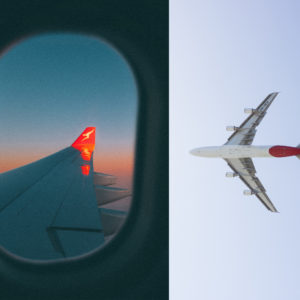 Qantas has taken the lead as the world’s safest airline for 2020.

Today’s demand for airlines in the market has been remarkably increasing. AirlineRatings.com has named not only its Top Twenty safest airlines but also its Top Ten Safest low-cost airlines out of 405 airlines that will better guide consumers to choose and consider.

Qantas has gotten the title as the safest airline for 2020; this is according to AirlineRatings.com, the world’s only safety, and product rating website. According to the site’s Editor in chief, Geoffrey Thomas, “Qantas has been the lead airline in virtually every major operational safety advancement over the past 60 years and has not had a fatality in the pure-jet era”.

Whilst safest still one to consider by most of the consumers, it is no doubt that cost is the next major thing to look after. AirlineRatings.com editors have also announced their Top Ten safest low-cost airlines, namely, in alphabetical order, Air Arabia, Flybe, Frontier, HK Express, IndiGo, Jetblue, Volaris, Vueling, Westjet, and Wizz.

Thomas has proclaimed different metrics used to identify their spots. The Editor has mentioned how they have determined the ranking and how they have accounted for numerous various serious factors such as audits from aviation’s governing bodies and leading associations, government audits, airline’s crash and serious incident record, fleet age, financial position, and pilot training and culture. All these carefully understood and looked at to come up with the results.

According to the Editor in chief, Thomas, “All airlines have incidents every day and many are aircraft or engine manufacture issues instead of airline operational problems. And it is the way the flight crew handles incidents that determines a good airline from an unsafe one. So just lumping all incidents together is very misleading.”

Given its overwhelming factors to dissect and consider, AirlineRatings.com identified the safety and in-flight product of 405 airlines using its unique seven-star rating system. It has been proven its credibility as it’s used by millions of passengers from 195 countries and has become the industry standard for safety and product rating over the years.