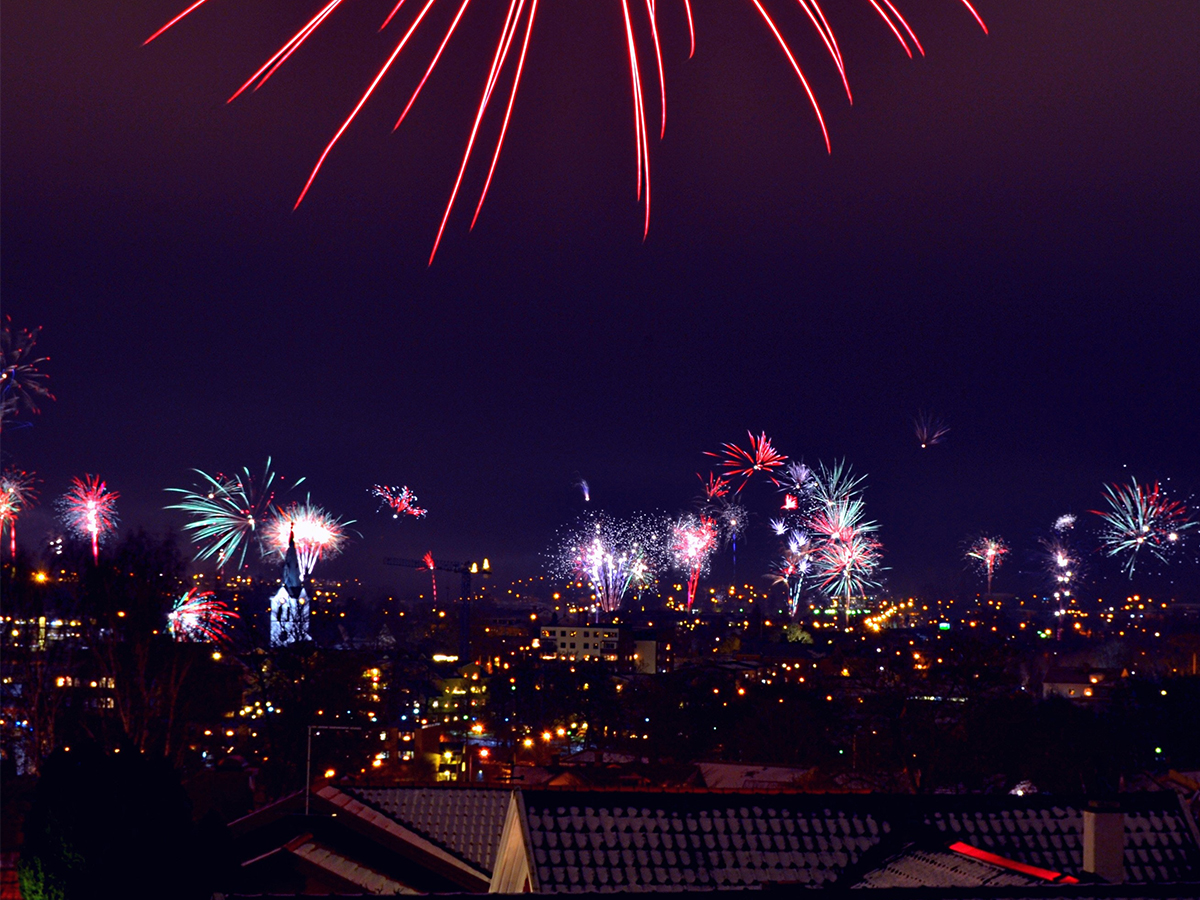 A New Year is a time for joyous celebrations and fresh starts. On this day, people dress up in gorgeous outfits and visit each other’s homes, exchanging greetings and hosting get-togethers.

The Gregorian calendar is now recognized all across the world. According to this calendar, practically every country globally celebrates New Year’s Day on January 1 every year at a 364/365-day interval.

In Denmark, New Year’s Day is calm. Because January 1 is a national holiday in Denmark, many stores, museums, and attractions are closed. People in this country have a peculiar way of expressing their affection for their neighbours. They shattered glasses and dishes on their neighbours’ doors. Some individuals even stand on chairs and leap at exactly midnight on New Year’s Eve.

New Year’s Eve is traditionally a big celebration in Denmark. Many Danes spend New Year’s Eve with their friends, sharing food and watching the Queen’s New Year address at 6 p.m. It may be followed by a black-and-white film called ‘Dinner for One,’ and then a lot of drinking, eating, and having fun leading up to the countdown to midnight from Radhuspladsen, Copenhagen’s Town Hall Square.

On New Year’s Eve, December 31, many Filipinos come together to enjoy the Media Noche, a midnight supper. Staying up till the New Year arrives is also usual. Filipinos often light fireworks and make a lot of noise on New Year’s Day to fend off evil spirits. The Chinese are the originators of this idea. Traditions in the home and the family are essential to Filipinos. Festivals, birthday celebrations, reunions, and other events are frequently scheduled on a specified day. And, of course, every get-together is devoted to catching up with one another over delectable cuisine.

Children are encouraged to jump at the stroke of midnight by the elders to grow tall. Many individuals wear polka-dot attire to represent money and exhibit 12 round fruits. It’s also customary to open all the doors and windows at midnight to welcome in good fortune. Many Filipino families also study the Bible and attend midnight church services. Many Filipinos combine faith and superstition in their New Year’s Day celebrations.

Germans melt lead pieces and throw them into the water on New Year’s Eve. When it cools and acquires a shape, they use the shapes to predict the future. They interpret the events of the future year in this way.

Revellers may access the significant city squares in a heated metro carriage or proceed to their favourite places. Even though Germany celebrates Silvester with fireworks, parties, and street shows, there are several well-known national customs. Bleigie▀en is a fortune-telling method that involves deciphering the shapes created by molten lead poured into cold water. On a chilly winter day or night, sipping warm gl³hwein is the most acceptable way to warm yourself.

Fireworks light up the sky of cities all around the world as the clock strikes midnight and Greeks celebrate the New Year. Fireworks are a traditional component of Greek festivals. On New Year’s Eve, Greeks sing carols. After singing, children get money from their elders and neighbours. When the New Year’s countdown begins, they switch out all the lights so that the New Year may start with a clean slate. Vasilopita is a traditional dish in Greece (a kind of cake). Coins are hidden in the cake. Whoever gets the penny in his piece of cake on New Year’s Day is considered lucky.

For many Greeks, New Year’s Eve is a marathon day. In other words, a lengthy card game. Families assemble and play cards for hours, according to custom. Early evening games are common and sometimes might linger until midnight. Game sessions are also organized by kafenia and tavernas, and many individuals buy State lottery tickets in the hopes of winning.

On New Year’s Eve in Spain and other Spanish-speaking nations, it is customary to eat twelve grapes. People here believe that eating one grape with each bell at midnight brings good luck for the next twelve months.

The Spanish people welcome the New Year with excitement and friendliness. The New Year’s celebration in Spain is filled with food, wine, music, dancing, and gifts, all of which add to the merriment and pleasure. The streets are brightly lit, shops are brimming with holiday items, and friends and family gather for festive get-togethers clothed in heavy woollens to keep warm on a chilly December evening. The cultural background of the Spanish people is reflected in their New Year rituals.