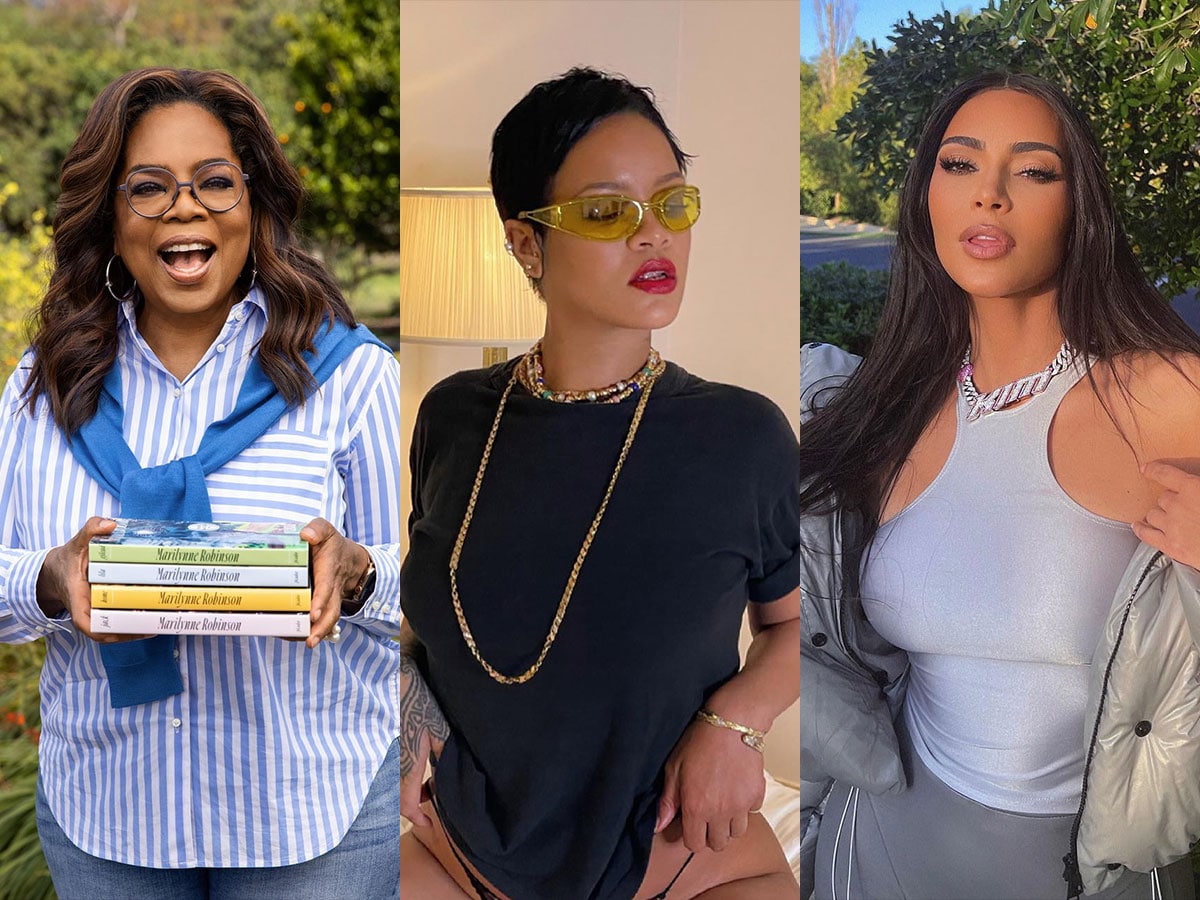 Meet the 8 Celebrities Who Made to ForbesÆ 2022 Billionaires List

The annual list of the worldÆs wealthiest individuals is out! New billionaires Rihanna and Peter Jackson join Hollywood celebrities with skyrocketing worth, like Kim Kardashian and Kanye West.

Since 1987, Forbes has been releasing the list of billionaires around the world ¢ along with their sources of income. Following a volatile year in the market and the impacts of the pandemic, the number of billionaires that made to this yearÆs list has dropped to 2,668 compared to the 2,755 record of 2021. Based on this, the estimated net worth of the group has decreased to $12.7 trillion from $13.1 trillion.

Nonetheless, amid the challenges of the past year, a total of 236 individuals have become billionaires over the year. This includes celebrities that made a fortune from their business ventures in the music, media, and cosmetics industry ¢ like the worldÆs richest female musician, Rihanna, whose net worth reached up to $1.7 billion because of the success of her Fenty Beauty cosmetics line and Savage X Fenty lingerie business.

ForbesÆ 2022 Billionaires: The 8 Hollywood Personalities Who Made it to the List

To create the list of the worldÆs richest individuals, Forbes had to conduct numerous interviews and compile documents proving the net worth of each billionaire. All of their assets ¢ both public and private ¢ have been taken into account. Here are the eight Hollywood celebrities who made to ForbesÆ Billionaires List of 2022.

The film director known for producing Hollywood blockbusters returns to the list landing at the #801 spot with a $3.7 billion net worth. The three-time Academy Award-winning director rose to fame because of his film Jaws in 1975 which grossed $472 million at that time. He is also responsible for E.T. the Extra-Terrestrial, SchindlerÆs List, and Saving Private Ryan.

With an astounding net worth of $2.6 billion, talk show host Oprah Winfrey maintained her status as a billionaire in 2022. The Queen of All MediaÆs wealth has been attributed to her hit talk show ¢ which has now transitioned into a media empire: the OWN cable network. Her partnership with Weight Watchers and deal with AppleÆs streaming services enabled her to create her own content, including some TV series, documentaries, and even a book club. The Oprah Winfrey show garnered a national following and ran for 25 years. It was identified as the highest-rated daytime talk show in the television history of America.

The rapper and fashion mogul, Kanye West, who now goes by the name æYeÆ, ranked #1,513 on ForbesÆ billionaireÆs list. As one of the worldÆs most famous rappers who sold over 160 million records and won 24 Grammy Awards, he was able to create projects and establish the streetwear, Yeezy ¢ where most of his wealth comes from. In 2015, he made a collaboration with Adidas where he retains 100% ownership of his brand while Adidas operates the website where his shoes are sold. According to Forbes, he makes around $1.5 billion from the brand.

After starring in the reality TV show, Keeping Up with the Kardashians, in 2004, Kim has become one of the familiar icons in the industry. She is the face and founder of the cosmetic line KKW Fragrance ¢ which has been reported to have 20% stakes sold to Coty in 2020 for $200 million. Owning the majority of the shapewear brand Skims, she also makes at least $225 million from it.

Now cosmetics mogul, the 34-year-old pop star ranks #1,729 on this yearÆs list. Before leveraging her net worth with Fenty Beauty and Savage X Fenty lingerie, Rihanna has been known for her chart-topping albums and songs ¢ which became international hits and sold more than six million copies around the world.

Joining the list this year is the Lord of the Rings director who has recently cemented his billionaire status when he sold a stake of his Weta Digital Effects company to Unity Software for $675 million. Currently ranking at #1,292, most of JacksonÆs real-estate properties are located in New Zealand. Aside from The Lord of the Rings trilogy, he is also the genius behind The Hobbit and King Kong ¢ which made him the fourth highest-grossing film director in history with more than $6.5 billion at box office.

At the 2,076th spot is the rapper and producer, Jay-Z. While he rose to fame because of his hit song Hard Knock Life which topped the Billboard Hot 100, his wealth has been attributed to his ventures in the alcohol industry. According to Forbes, he co-owns the champagne company, Armand de Brignac and partially owns DÆUsse with Bacardi. Aside from his real-estate portfolio, he also has a significant share at Uber and Tidal ¢ which are estimated to be worth $70 million and $100 million respectively.

Film director, producer, and actor Tyler Perry was first known for directing, playing, and writing the playĀI Can Do Bad All by Myself. After successfully playing the role of Madea, he was able to create multiple television and film franchises based on the character. According to Forbes, such has collectively grossed over $660 million. He currently owns the rights to all materials in the Madea franchises and owns Tyler Perry Studios ¢ a 330-acre lot in Atlanta estimated to value at $280 million.