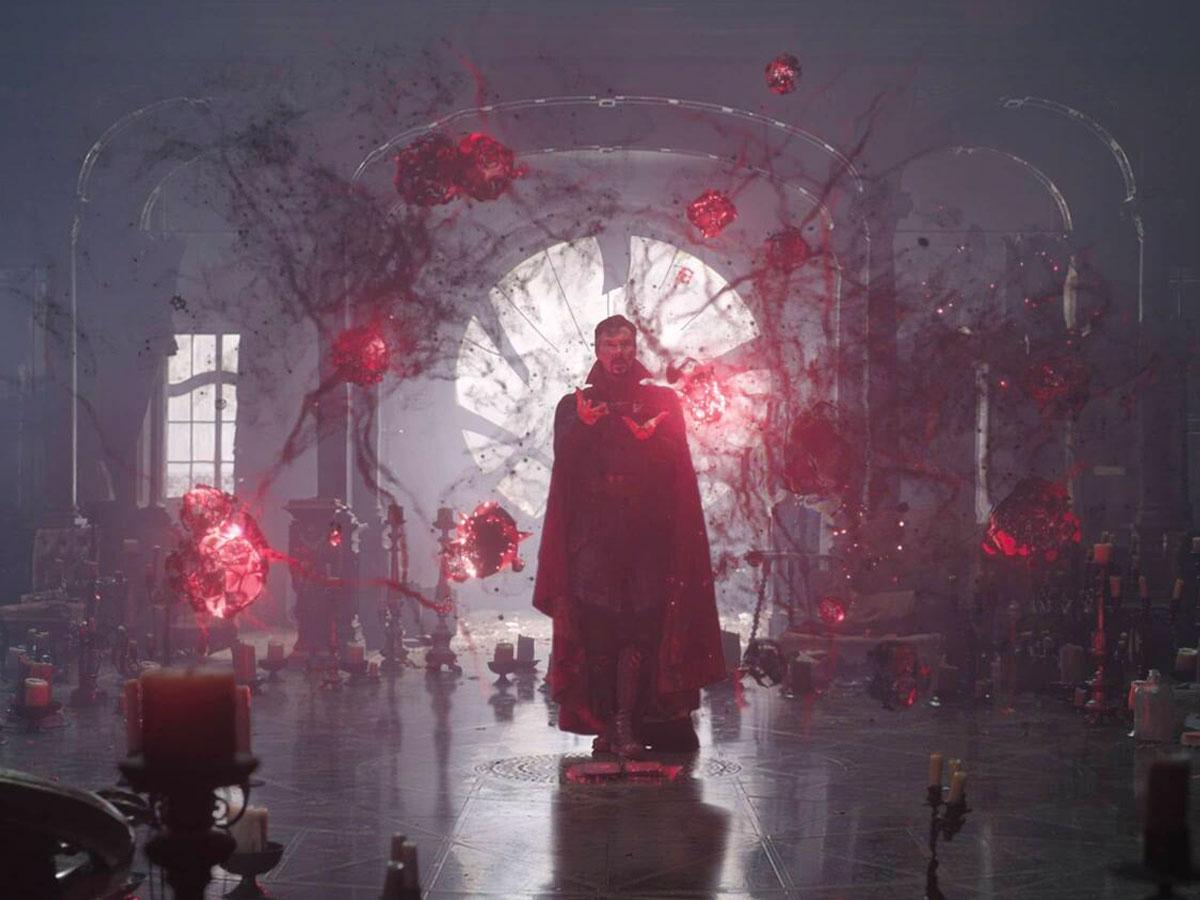 Are you ready to enter a new dimension of Strange?

After the introduction of the multiverse in the recent box-office hit, Spider-Man: No Way Home, Doctor Strange continues the supernatural adventure in the upcoming sequel, Doctor Strange in the Multiverse of Madness.

Debuting on Sunday’s Super Bowl, Marvel Studios simultaneously released the latest trailer of Doctor Strange in the Multiverse of Madness last February 14, on all of its online platforms, including Twitter and YouTube. Here we see Benedict Cumberbatch returning as the Sorcerer Supreme confronting a new adversary in a mind-blowing whirlwind of mishaps, confusion, and boundaries never seen before.

The two-minute trailer both confused and excited fans as it featured familiar and new faces, including Elizabeth Olsen, who’s known for her role as the Scarlet Witch ¢ Wanda Maximoff ¢ and renowned Hollywood actress Rachel McAdams in her first appearance in the Marvel Cinematic Universe.

What’s in the Trailer of ‘Doctor Strange in the Multiverse of Madness’?

Set after the events that happened in the miniseries “WandaVision” and “Loki,” things seem to not look great for the Master of the Mystic Art as he tries to deal with the consequences of the multiverse-fracture spell which he casted in Spider-Man: No Way Home. As shown in the trailer, it seems that it caused villains from other multiverses to cross through the MCU timeline. In hopes for a resolve, he seeks for Wanda for silver lining only to find confirmation on what has been troubling him: Vision had his theories of the Multiverse ¢ that it was dangerous. And he was right.

The trailer begins with a set of images that are believed to be coming from a recurring nightmare of Doctor Strange. It opens to a realm that leads to a number of horrifying events speculated to be part of an alternate universe.

Highlighted in the two-minute clip was Wong’s caution towards Doctor Strange, “You cannot control everything, Strange. You opened a doorway between universes, and we don’t know who or what will walk through it.”

In sequence, viewers get to briefly see one of the students of Kamar-Taj, Rintrah, who is a giant green-skinned minotaur from R’Vaal and believed to have the potential to be as powerful as Doctor Strange.

In the later part of the trailer, Strange is seen to be surrounded by Ultron-looking robot guards and restrained in handcuffs. He enters into an intriguing location while a brief audio of a mysterious voice (which fans hypothesize to sound a lot like Patrick Stewart, who played the role of Professor X in the X-Men Series) can be heard saying, “We should tell him the truth.”

The upcoming movie goes all out as it gives a glimpse of dinosaurs, hints how Wanda can possibly head towards an even darker turn, and what worse could happen if Doctor Strange meets his more sinister doppelganger.

What Else Do You Need to Know About Doctor Strange in the Multiverse of Madness?

Obviously, Doctor Strange in the Multiverse of Madness is one of the most-anticipated movies of this year. Set to be released in theaters on May 6, fans are already getting all excited about what else waits for them. In fact, more and more speculations are being woven and posted online as they go replaying the trailer over and over again.

Aside from Benedict Cumberbatch, Elizabeth Olsen, and Rachel McAdams (who plays the role of Dr. Christine Palmer), also featuring in the latest sequel to the 2016 blockbuster “Doctor Strange” are Chiwetel Ejiofor (as Karl Mordo), Benedict Wong (as Wong), Xochitl Gomez (as America Chavez), and Michael St³hlbarg (as Dr. Nicodemus West).

Doctor Strange in the Multiverse of Madness is directed by Sam Raimi, the man behind the success of the Spider-Man trilogy and Evil Dead. He replaced the original director, Scott Derrickson, who reportedly dropped out in January of 2020 because of creative differences with Marvel.

The much-awaited film is produced by Kevin Feige, with executive producers Louis D’Esposito, Victoria Alonso, Eric Hauserman Carroll, and Jamie Christopher. Behind the screenplay is the same genius working behind Loki, Michael Waldron.

Three more months to go before its theatrical release. Are you ready to watchĀDoctor Strange in the Multiverse of Madness?