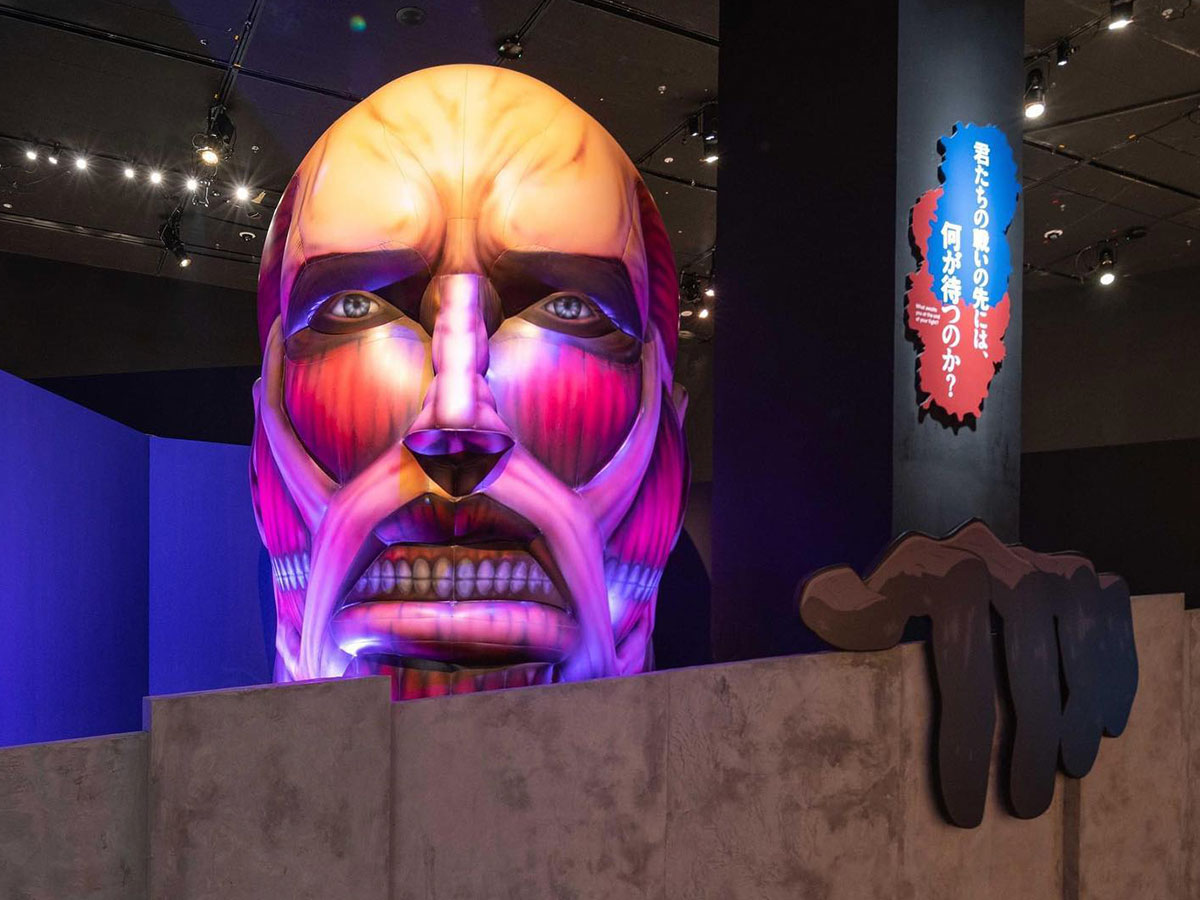 Shinzou Wo Sasageyo! The long wait is finally over. Fans can now witness their beloved characters come to life as the ArtScience Museum opensĀAttack on Titan: The ExhibitionĀin Singapore!

Starting February 19, the fans of Eren Yeager, Levi Ackerman, and all the beloved characters of the hit manga and anime series, Attack on Titan, can now dig deeper into the world of the immensely popular dystopian fiction world created by Hajime Isayama and experience firsthand the immersive battle sequence that happened in the series.

Coinciding with the release of the second part of the anime’s final season ¢ which is currently streaming on Netflix ¢ SpaceLogic organized the first exhibition in Southeast Asia at the ArtScience Museum to culminate the artistic vision and genius storytelling of Attack on Titan over the past decade. The exhibition features more than 180 artworks of Hajime Isayama ¢ from its earliest conception up to the present, as well as works that were not showcased yet elsewhere in the world. This includes some drafts, storyboards with dialogues, and sketches from his archives.

Here’s What to Know About the Attack on Titan: The Exhibition

Upon entrance, visitors are given two options to choose for the course of the tour: blue to experience the lives of ordinary human beings living outside the walls and red to take a peek at the lives of the people inside the wall who are always at threat by the Titans. These two opposing factions relate to the narration of the series and provide visitors ¢ whether a diehard fan or coming in fresh to the story ¢ the perspective needed to understand the overall notion of Attack on Titan. Both paths then converge into an inevitable collision. But, of course, visitors are given the freedom to explore the other path once they are done learning about the path that they have initially chosen.

Along the way, visitors can also get an up-close encounter with the iconic characters of the story, like Eren Yeager, Mikasa Ackerman, Armin Arlert, Levi Ackerman, Reiner Braun, and Commander Erwin Smith. In some areas, Titans can also be spotted “falling from the sky” which gives a spine-chilling impression. To get to know more about the Japanese manga artist behind the success of Attack on Titan, a recorded interview with Hajime Isayama can also be viewed in the exhibition.

Probably the highlight of the Attack on Titan: The Exhibition is the iconic battle between Attack Titan Eren Yeager and the Armored Titan Reiner Braun. This can be witnessed at The Great Titan Theater, which displays the climactic battle on a 10-meter-wide theater screen. Adding shiver to such an earth-shattering fight is the perfectly laid-out ruin battleground which makes the experience even more realistic.

As a remembrance of such epic trip, of immersing through the culmination of years of passion, creativity, and hard work, visitors can bring home with them some Attack on Titan merchandise which is exclusively sold at the exhibition store. There is also a photo booth to capture such eventful moments.

Since its creation in 2009 up to its end in 2021, the manga series Attack on Titan has sold more than 100 million copies. If you are a newcomer to the world of Attack on Titan, here’s a quick summary of the world-renowned series:

Set in a post-apocalyptic world, Attack on Titan follows the ordeal of human beings trying to survive extinction from gargantuan creatures known as Titans. These giants, who stand at around three to fifteen meters tall, utilize their stature to chase and eat humans. To save themselves from totally vanishing into this world, the remaining humans confined themselves within cities behind three towering concentric walls known as Maria (outermost), Rose (middle), and Sina (innermost).

For hundreds of years, humans were able to live in such fashion and strategize various means to figure out how to defeat the Titans. They were able to establish military groups (Survey Corps) to venture outside the walls, learn about the Titan’s origins, and devise ways to totally vanquish them. With the apparent height and built disadvantage, they compensate this with the use of the three-dimensional maneuver gear ¢ a special equipment that enables them to grapple, swing, and combat the Titans, eventually allowing them to slice through the nape, which was found to guarantee their death.

Attack on Titan: The Exhibition

Step into a world that is fueled by the resourcefulness and strong will to survive. Visit Attack on Titan: The Exhibition at ArtScience Museum, 6 Bayfront Avenue. See ticket prices and health safety guidelines here. The exhibition is now open and will run until July 3, 2022.