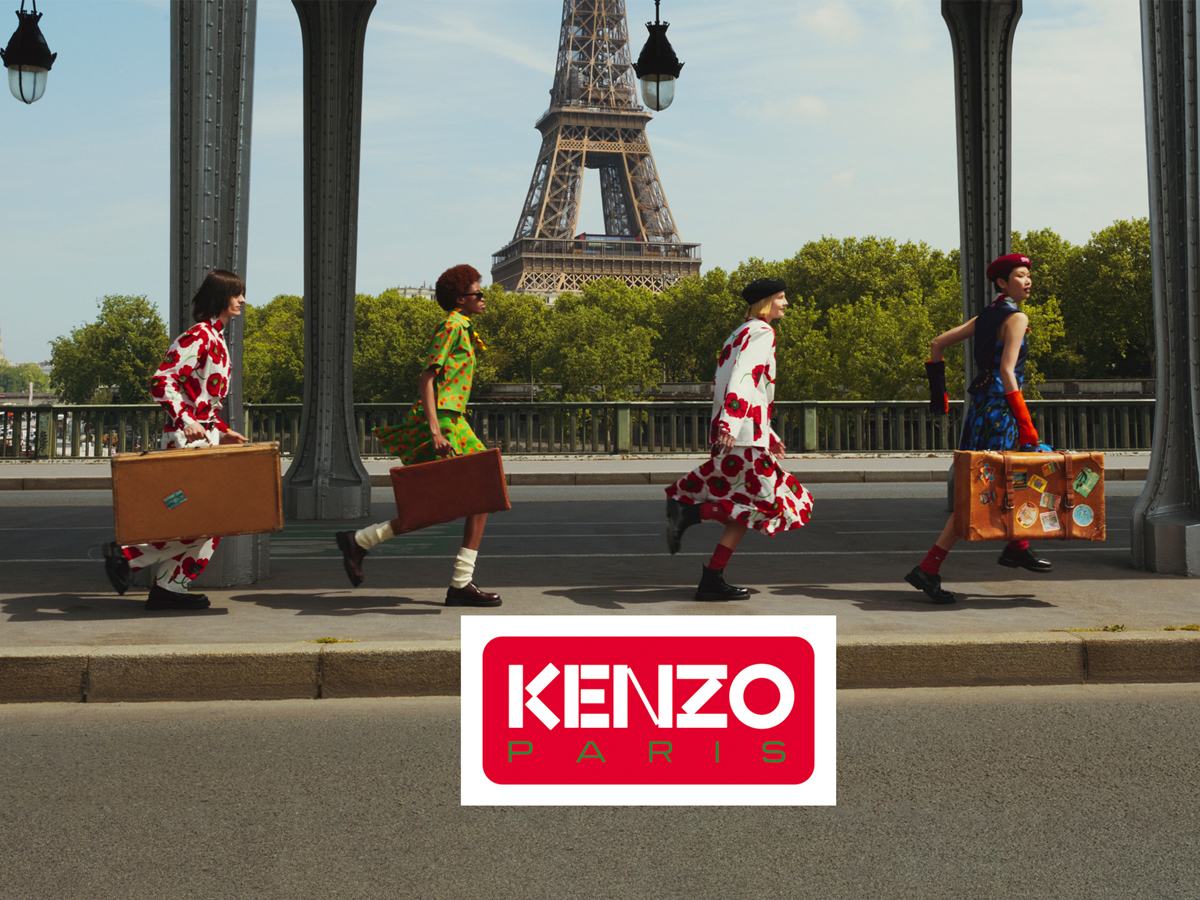 For its worldwide release, KENZO takes an unprecedented approach in unveiling its menís and womenís collections by Artistic Director Nigo in the Autumn-Winter season.

KENZO Poppy motif takes the center stage in the luxury brandís first drop of collection for its series of garments and accessories. Taking a step forward towards fashion collection release, KENZO unveils a new approach in revealing its FW22 by dropping a new creation story paired with exclusive products and campaign images every month ñ putting due emphasis on the current events of the Maison throughout the season.

Shot for KENZO by renowned British photographer Thurstan Redding against the backdrop of iconic Parisian locations, the first three stories of the Autumn-Winter 2022 campaign will appear in the first series released in June 2022. Styled by Marq Rise, with hair done by Christian Eberhard and make-up by Christine Corbel, KENZO Poppy highlights the laid-back yet vibrant energy of the collection composed of ready-to-wear and accessories in berets, bucket hats, shoes, and twillys that come in a myriad of textiles perfect for both warm days and chilly nights.

Upon his appointment in KENZO, Artistic Director Nigo has demonstrated a distinct cultural language ñ based on an understanding of the synthesis between Japanese and Western sartorial traditions, and fundamentally, a common attitude towards fashion ñ something that he deeply shares with the Houseís founder, Kenzo Takada. Both fashion creatives believe that what is seen on the catwalk must lend itself to real life. Hence, the concept of ëready-to-wearí ñ a mix-and-match of modern and contemporary pieces that do not skimp on utility and comfort.

In keeping such philosophy, Nigo came up with a continuously unfolding story for KENZO: a thoughtful wardrobe punctuated by monthly limited editions ñ both true to Kenzo Takadaís legacy and the new designerís creative vision.