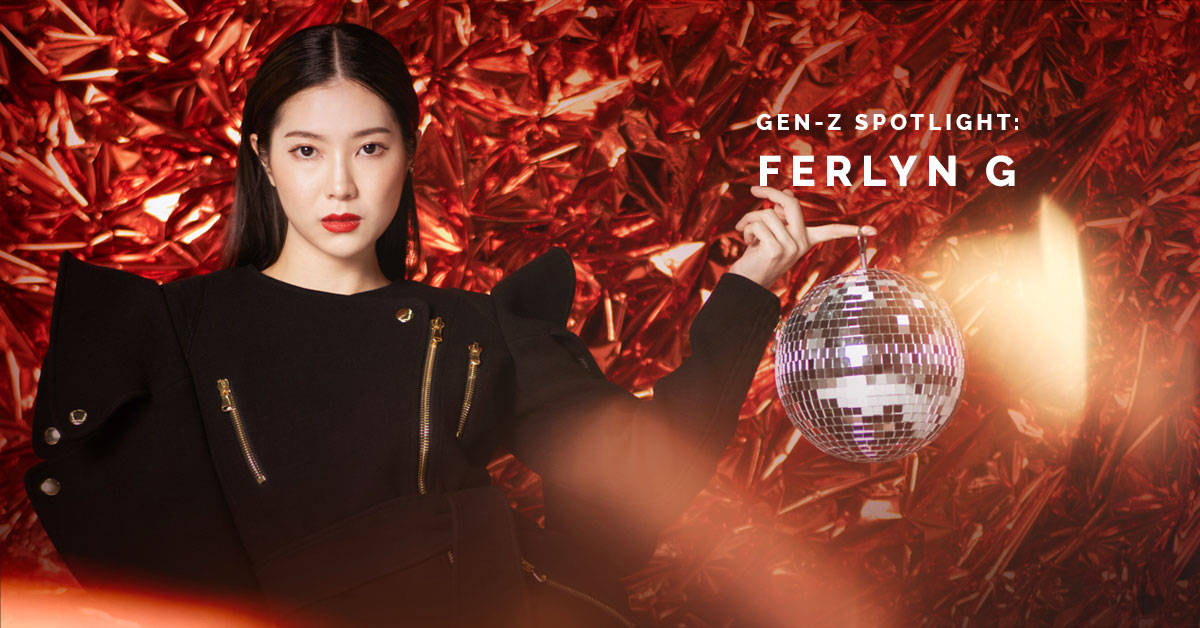 Modesty aside, who does not want to get famous? As we gravitate more around different social media platforms and find affirmation among people whom we have not actually met in person, fame has become one of the most sought-after goals of many individuals these days.

As social beings, we are heavily influenced by the people around us and those whom we ‘follow’ online. Hence, the massive growth of many influencers – and the desire of many to become one of them. But is fame all that there is in this fast-paced world?

Here, the multi-talented Singaporean singer-songwriter, dancer, and actress, Ferlyn G, who leaped to fame as a member of the South Korean girl group, Skarf, shares her personal journey to stardom and what she found to be more important than the glitz and glamour of fame.

But First, How It All Started?

Like many, Ferlyn Wong, more famously known as Ferlyn G, started as a student who’s very much into Mando-pop. As early as thirteen, it has been her greatest desire to be a singer just like the idols that she has been chasing – 5566, F4, and Britney Spears.

However, contrary to current practices, her entrance to the industry required flipping through Yellow Pages, picking through a list of music schools in Singapore, and trying out for auditions. Surprisingly, while the goal was to become a singer, Ferlyn G first debuted as a dancer.

At the age of 17, she has been dancing professionally, doing backup for various artists like JJ Lin, Wang Leehom, and Rainie Yan to name a few. After two years, she was called for South Korea, was trained for another two more years before finally debuting as a singer.

Ferlyn G’s life may have been long dedicated to music but she knew she always had that inner passion for acting. Sadly, because she has spent all her life in pursuit of music and dance, she never really had the chance to learn how to act professionally.

Knowing how actors spent their entire childhood or teenage years grasping through the basics and technical sides of acting, it took her a lot of courage to actually go for an open audition and try out the acting skills she had. And as if a perfectly-crafted plan, she got the role and debuted as the female lead of the Singaporean romantic comedy film “When Ghost Meets Zombie”.

So, What Could Be More Important Than Fame?

As kids, we may all dream of becoming famous but it was rather different for Ferlyn G. “I never thought of being famous. You know, that wasn’t like my ultimate goal. I just wanted to do the things that I really love – which are performing, singing, and dancing. Fame came as a bonus.”

Despite her achievements, Ferlyn G also admits that she too was struggling and was pretty much overwhelmed with everything that came with fame. – like when she was still a member of Skarf in South Korea, the first Singaporean member in a Korean group at a time when K-pop was just starting to bloom. “The fame that came upon this whole K-pop girl group, it was pretty overwhelming. Physically, I may have been trained to do all these rough jobs that required hard work, but mentally and emotionally, it was really a struggle. So, fame is something that you are never trained to be prepared for.”

When Ferlyn G came back to Singapore, she recalls how a lot of people started to message her asking for tips on how to prepare for an audition, how to look for opportunities, and all. At first, she was very much enthusiastic about sharing her experiences because she wants more people, particularly the younger generation, to have bigger and greater achievements than what the former generation has attained.

However, she has slowly realized that many of these individuals have actually misconceptions about becoming an idol. Given how quickly things escalate these days, most of the younger generation believes that being a celebrity does not require any hard work anymore.

Ferlyn G noticed that most of these belonging to the younger generation don’t actually have the basics – such as vocal singing, dancing, and acting. While there are a number of classes made available to learn these basic skills necessary in the entertainment industry, most people right now are just interested because it’s part of the trend.

“Trend is awesome. I mean, we all follow a trend. But trend started out with a strong foundation. It isn’t just, you know, falling from the sky. So, I think that is something that the younger generation should really take note of.”

While there may be those who got famous overnight, Ferlyn G stressed that if you really want to be in the industry, you really need to strive and pursue greater success. Hence, it is your responsibility to put yourself out there, learn, and improve the talents that you already have. “I think that’s more important than being famous. I started out learning all this stuff and fame is a bonus. It’s something that you wish you have at the end of the day but it’s not something that you should put your heart and mind on. I think that’s very unhealthy and you will probably struggle a lot.”

How to Handle the Demands of the Industry?

In order to handle all the demands of her career, Ferlyn G leans back on her experiences and the support she gets from her family and friends. With all the things that she has to attend to, she admits that it’s so easy to succumb to pressure. And with a line of work that requires public appearances, she also struggles to control her facial expression. “At times, when I’m not in a good mood or when somebody’s pissed me off or when I’m too tired, it all shows on my face. So, there’s a part where I’m really struggling a little bit to get to control my facial expression.”

Ferlyn G emphasizes that success does not happen overnight. It takes a lot of hard work, honing one’s talent, and being always prepared for anything that may come along the way.  Just recently, Ferlyn G landed on her first major role in a drama, “Live Your Dreams” by Mediacorp Channel 8. Also, a few weeks ago, the pilot episode of “Justice Boo” came out where she played the female lead for a drama.

Just like how Britney Spears inspired Ferlyn G to be an artist when she was still growing up – with all the dazzles of dancing and singing – she also wants to be part of her fan’s journey as they grow up. She finds validation from the feedback she gets from the public even if they sometimes say, “I freaking hate you but I understand what you’re doing but still I hate you,” because of the roles she gets.

Ferlyn G believes that there is still a long journey for her to walk and that she’s far from success. Nonetheless, she’s very much grateful for what she has achieved so far. “I want to be remembered as Ferlyn G. Someone who is real. Someone who will be able to make a change in someone’s life in a positive way.”