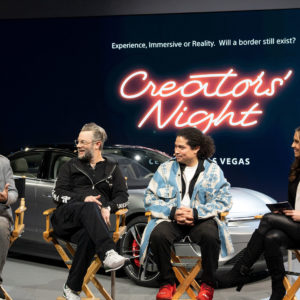 “Boundless by Sony” – The newest brand campaign by Sony

A new digital brand campaign dubbed as “Boundless by Sony,” was recently launched by Sony Corporation at the 2020 Consumer Electronics Show (CES) in Las Vegas, Nevada. The said campaign is part of the company’s ongoing strategy to highlight their unique relationship with creators and how they get involved in bringing together technology and entertainment. Furthermore, the campaign aims to inspire the next generation of young professionals and aspiring professional creators.

During the talk, Mike Larson said, “The great thing about new technologies is that they keep you curious to new possibilities and open to discovery. As a creator, once you start feeling like you’re an expert you lose your edge. One of the most fun parts of the creative process for me is that it always feels fresh and new. You can feel scared and like it’s going to be terrible, but it turns out to be this thing that the audience really enjoys and means a lot to people.”

“This exciting new campaign further enhances Sony’s message of being a creative entertainment company with a solid foundation of technology,” said Midori Tomita, VP in charge of Brand Communication, Sony Corporation. “We’re looking to increase engagement amongst young creatives across the different entertainment industries by capturing their interests and showcasing how Sony connects the vision of the technology to the vision of the creator.”

Boundless by Sony will run through March 2020 and features Kiersey Clemons and Sony Innovation Studios, revolutionary Point Cloud and Virtual Production Technology for Film and TV production, and other upcoming campaign content will be released at a later date.

For more information and updates on the “Boundless by Sony” campaign, visit www.sony.com/boundless.