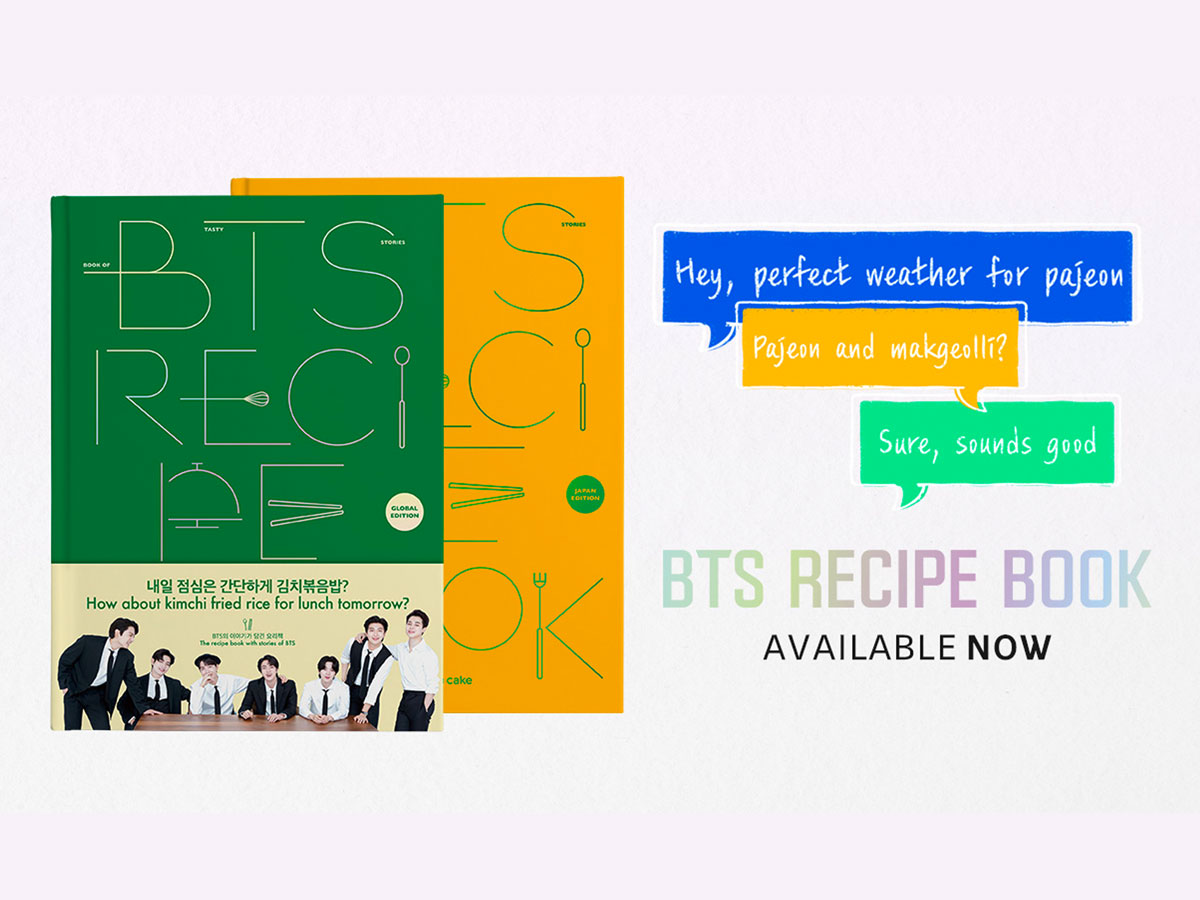 Book of Tasty Stories: BTS Releases a Cookbook of their Favorite Recipes

Not fond of cooking? Well, BTS Recipe Cookbook: Book of Tasty Stories may actually inspire you to whip the favorite dish of your BTS bias.

The groundbreaking K-pop group recently released their cookbook BTS Recipe Book: Book of Tasty Stories which contains actual recipes used by the members when preparing their group favorites, such as kimchi fried rice, scorched rice crackers, sugar-filled griddlecakes, and many others. Enhanced by culinary experts in terms of specific measurements, ingredients, and food preparation process, the recipes were particularly based on the meals favored by each member of the group.

Making it more experiential and memorable to their fans, each chapter is themed by BTS lyrics and features QR codes that lead to video guides with the band members themselves! Also included in the cookbook are the conversations and stories that transpired among Jin, Jung Kook, RM, V, Suga, Jimin, and J-Hope, as they prepared and ate the dishes specified in the cookbook.

The back cover of BTS Recipe Cookbook: Book of Tasty Stories reads: “We hope that you will enjoy every moment as you follow the steps of these recipes, imagining the conversations and feelings of BTS when they were making these dishes.”

Nope, the cookbook released by BTS is not your ordinary cookbook. The 252-paged cookbook does not only contain their version of Korean recipes, but it also holds special memories of the phenomenal Korean pop group. Aside from the recipes presented, the cookbook also gives a glimpse of the personal lives and thoughts of the members.

The recipes were divided into five chapters – each containing three dishes – that cater to a certain mood. The book gives detailed instructions on how to prepare sujebi (hand-pulled dough soup) and dak-bokkeumtan (spicy chicken stew) in their respective homes when the rainy season makes them feel hungry.

To address those late-night cravings, Jin’s ultimate Korean fried chicken favorite, alongside ramyeon (Korean instant noodles) and tteokbokki (simmered rice cakes) were also highlighted in the cookbook. The content of the book is even more made palatable to the eyes with the beautiful graphics made for easy identification of the dishes, as well as how to prepare them.

Interestingly, the dishes presented in BTS Recipe Cookbook: Book of Tasty Stories also come in gluten-free, nut-free, and vegan alternatives. All you have to do is to strictly follow the instructions provided to get the same feeling of the food prepared by the members of the group. The ingredients were also listed in both English and Korean languages to cater to the fans of the group in different parts of the world.BTS Recipe Cookbook: Book of Tasty Stories will come in two editions: the Korean edition with English translations (green hardbound) and the Japan edition (yellow hardbound). The book is priced at $28 per copy (limited to two copies) on the Weverse shop page. Orders made were set to be delivered by mid to late November. This will also come with a special BTS mini photo frame.