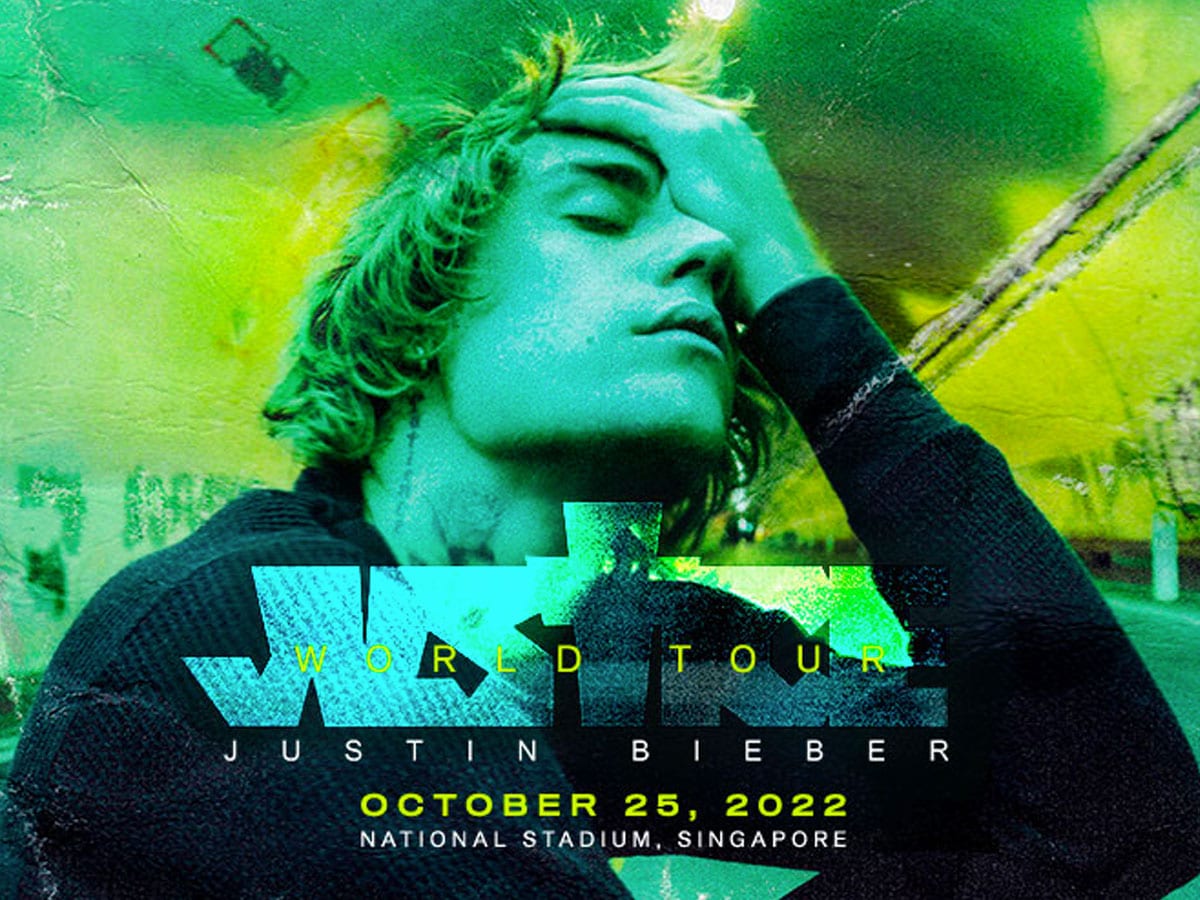 Concert Alert: Justin Bieber is Coming to Singapore ¢ and Tickets are Selling Fast!

Beliebers, assemble! If you were not able to secure your ticket for Justin BieberÆs concert this October, organizers are now releasing additional tickets to meet the overwhelming demand of fans.

Yes, after being starved of grand music festivals and concerts for the past two years, Singaporeans are now rejoicing as large-scale gigs are finally making a return in the country ¢ including Justin BieberÆs Justice World Tour.

Within two days, the Canadian pop star sold 40,000 tickets after it went on sale last April 21. After such a sell-out, the concert promoter and live entertainment company, AEG Presents Asia, made an announcement on social media that additional tickets will be released to meet the overwhelming demand of the audience.

With the new COVID-19 measures set by the Singaporean government last April 26, all capacity limits were already removed for mask-on events with more than 1,000 participants. Since the National Stadium ¢ where Justin BieberÆs concert will take place ¢ can accommodate up to 55,000 people, the organizers are now releasing additional tickets for the said concert which is part of Justin BieberÆs Justice World Tour happening around Asia (including Bangkok, Kuala Lumpur, Nagoya, Osaka, Tokyo, and Jakarta), North America, and Europe.

In line with the latest Community Safe Management Measures issued by SingaporeÆs Ministry of Health, attendees will not be required for a pre-event COVID-19 test. However, proof of vaccination should be shown in order to enter the premise and join the concert.

Those who will be attending the concert are also required to check in to Safe Entry using the TraceTogether App. Patrons are discouraged from intermingling during the event and face masks are still required to be used at all times.

Justin BieberÆs world tour concert is coined from his latest smash hit album, Justice, which was released in April last year. The album, as well as its track, immediately became a global sensation ¢ reaching new heights, including being the most-streamed album in 117 countries.

Justice earned a collective 9 billion streams worldwide, with hits æAnyoneÆ, æLonelyÆ, and æHolyÆ garnering 2 billion streams even before the album officially got released. The singerÆs duet with Kid LAROI, æStayÆ also became a hit song with more than one billion streams on Spotify.

Still the most-subscribed solo artist on YouTube and Spotify worldwide, Justin Bieber was recently hailed as the æArtist of the YearÆ during the MTV Video Music Awards. He got a total of eight nominations during the MTV EMA Awards ¢ including Best Artist, Best Pop, and Best Song Inclusions.

The multi-awarded singer last performed in Singapore during the post-Singapore Grand Prix concert in 2013. Prior to that was his performance in the Singapore Indoor Stadium in 2011. In 2017, he was scheduled to perform at the National Stadium but was eventually canceled because of ōunforeseen circumstancesö.

JustinÆs Singapore concert is the latest addition to the Justice World Tour, after the scheduled tours in Malaysia, Indonesia, and Japan. It will feature songs from his studio albums æChangesÆ and æJusticeÆ ¢ which were both produced in the past two years.

Justin BieberÆs much-anticipated Justice World Tour 2022 Concert in Singapore will take place at the National Stadium this coming October 25. Tickets are available at www.ticketmaster.sg for $108 to $688 ¢ depending on the package and seating location available. You may also contact hotline +65 3158 8588 or checkout SingPost outlets for details.