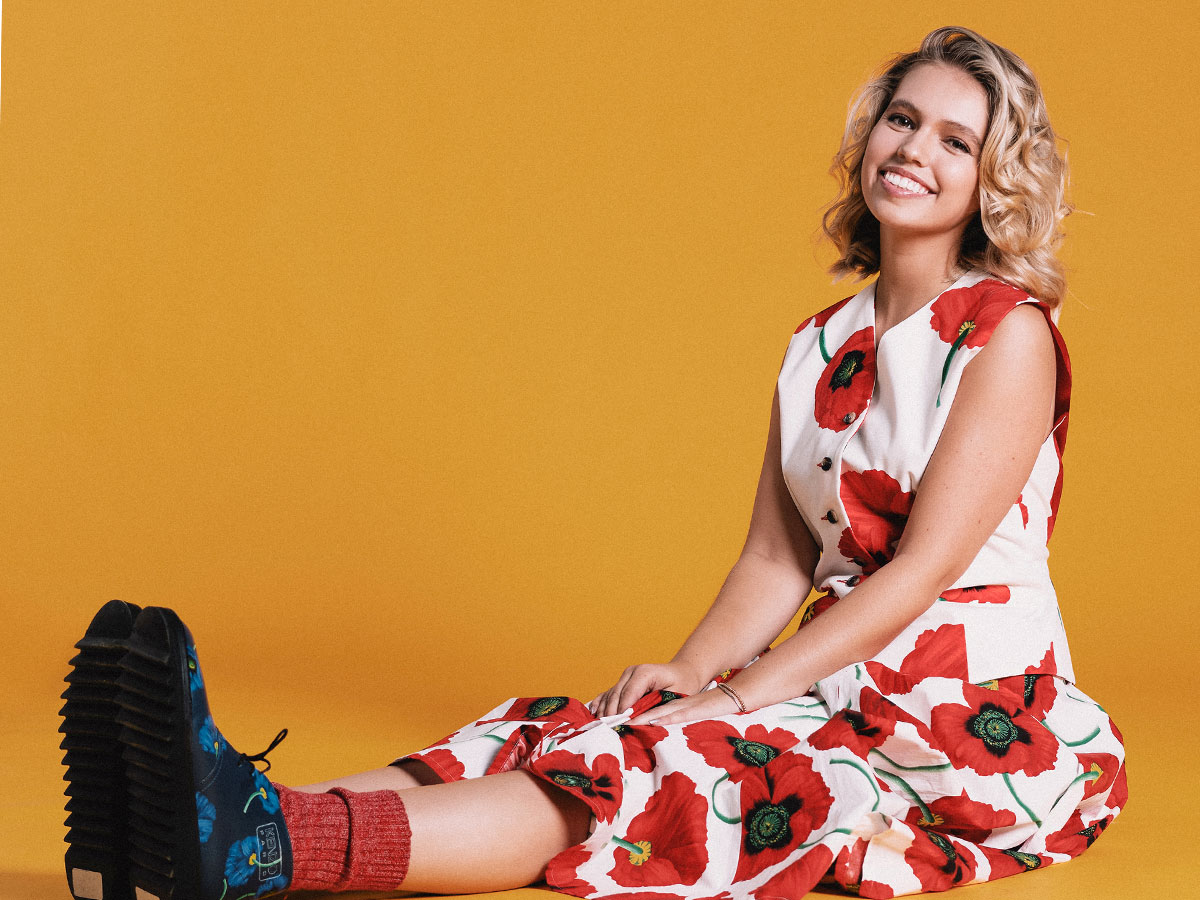 Ours is a deceptive world. Even before social media introduced the colorful world of filters—masking reality with beautiful charades—society has been feeding us with lies and beliefs that limit our capacity to explore the many amazing things that we can do.

Growing up with fairytales, young children are made to believe that some things are okay just because the world told them so. But the viral “Mad at Disney” singer-songwriter, Salem Ilese, thinks otherwise. While the TikTok hitmaker shares many characteristics with that of a Disney princess – having a catchy beautiful voice, expressive eyes, a bright big smile, and a captivating personality – she believes that there’s more to life than the fairytale romances we were all made to hopelessly fall in love with.

The Incredible Opportunity That Comes with Chasing Your Dreams

Featured in more than 1.7 million TikTok videos, making it one of the top 50 most-streamed songs globally on Spotify, Salem Ilese admits that there have been a lot of changes happening in her life. However, despite the many opportunities made available ever since her song went viral, she humbly shares that she’s still the same person: a music lover, animal lover, and dog mom. Amidst all her achievements, she claims that being the mother of her dog remains her proudest title so far.

Salem’s talent for clearly painting pictures by playing with words started at an early age. She began singing when she was about four years old – and since then, music has become her passion for as long as she can remember.

With her pop track “Mad at Disney” gaining numerous interpretations over TikTok – with layers implying Disney’s lack of racial diversity, negative depiction, mistreatment of culture, and heteronormativity – that went beyond the original concept of the song: an adorable rant towards the company tricking her into believing how love stories are attainable like those of Disney movies, Salem shared that Disney never did reach out and call her out. “They were never angry. I’m honestly a little offended. I kind of wanted them to be a little pissed. But yeah, they were silent. Actually, someone from the Disney team, when I first release it [Mad at Disney] before it even went viral, reached out and said they liked the song – which I thought was hilarious. I was like, oh cool. So, you’re not going to sue me?”

The Price That Comes With Following Your Passion

As a creative expression of oneself, Salem agrees that in the process of creating her music, sometimes she feels a little exposed by being too vulnerable. However, in her artistry, she also sees the wisdom of embracing what she feels, of being as authentic as she can be. While she makes music for people to listen to, she makes it foremost for herself.

Salem believes in the importance of being honest in her music. “It’s very therapeutic for me. And I feel like it’s a way of processing emotions and feelings and things that I go through in my lifetime. So, if I’m not really, really honest with my music, it’s not as therapeutic. And I feel like I don’t get out what I need to get out of it.”

As an international celebrity now, Salem admits to still feeling like everything is so surreal. She shares that one of the biggest highlights of her career is having the opportunity to talk to her supporters and feel that love from her amazing community. Listening to stories from her friends and fans of how her songs have somehow changed their lives just makes her so happy. “It makes me tear up. I recently had my very first headlining show in Seoul, Korea, which was the coolest experience. It was so amazing! The people that came were so sweet and supportive.”

During her birthday, Salem remembered how one person actually gave her a sweet little gift bag that contained incredible notes. She also received a teddy bear, which she reveals to have been with her everywhere she goes. In particular, she takes it on every plane ride because she truly gets anxious on the plane.

Aside from “Made at Disney”, there were other songs that greatly touched the hearts of Salem’s fans. One time, the hitmaker received a letter expressing how her music really helped her fans, particularly the song, Hey Siri. “They said it really helped them when they were going through a depressive episode. And that just made me so grateful. And that’s really, you know, that’s exactly what I hope my music does for people. It just gives them a little bit of help and compassion. So, it makes you really happy to hear those things.”

The Challenges that Come with Being a Hitmaker

The thing about becoming a hitmaker is that people tend to expect a little more from you. But to Salem, this kind of pressure is unnecessary. While pressure is innate in the industry, she established a way to avoid such kind of thinking and channel her energy into creating better music. “I understand that it’s there. But my kind of hack for avoiding it is I don’t really look at stat. Like, I don’t look at the numbers. I try to never check my Spotify for artists music stats. Like, I never go into those apps just because I’d rather not know.”

To Salem, having people listen to her music is already enough. Going viral is one thing, but it remains surreal to her that there are real people who are enjoying her music – and that simply makes her so happy. “It could be one or one million plays. [For me] it feels honestly the same.”

The Secret to Living Happily Ever After [in Real Life]

While the future remains uncertain, Salem hopes to continue growing as an artist and as a human being with a great love for animals. “I want to have lots of animals. I have a dog and a lizard right now. It would be cool to have like a small zoo at some point.” Career-wise, the twenty-three years old singer-songwriter would love to further explore the many things that she can do in the industry, like traveling. “This is my first time being in Singapore. It was my first time in Japan recently, and South Korea. And I’ve just had the coolest experiences ever in the past few weeks. I want to continue to do more of that. I want to meet the people that have been showing me love online for many years.”

With the world slowly opening and travel restrictions eased, Salem dreams of finally meeting the people who have been showing her so much love online over the years. She wants to play more shows and do more festivals. Currently, she’s working on an album that she plans to release this year. She’s very much looking forward to letting her fans and the rest of the world hear her new music.

With her current success, many kids right now are actually looking up at Salem. Many would want to take the same path and even wish to rather be like her. But Salem highly emphasized the importance of being true to oneself. “My advice is to be yourself – your authentic self, unapologetically. Do whatever makes you happy as long as it’s not hurting anybody. Follow whatever lights your fire inside, what makes you excited to get out of bed in the morning. Continue to chase your dreams.”

Aside from chasing those dreams, Salem also reminds the younger generation to share whatever they have in them with the rest of the world. “If your dreams happen to be creative, then share them with people. Post your music on the internet. That is what led me to where I am right now. And I’m so grateful for it.”

Yes, being true to yourself can be tough and scary, especially now that there are so many people online. However, Salem noted that if you’re posting something that you love, that’s all that matters. As long as you love your art, that’s what you have to hold on to. 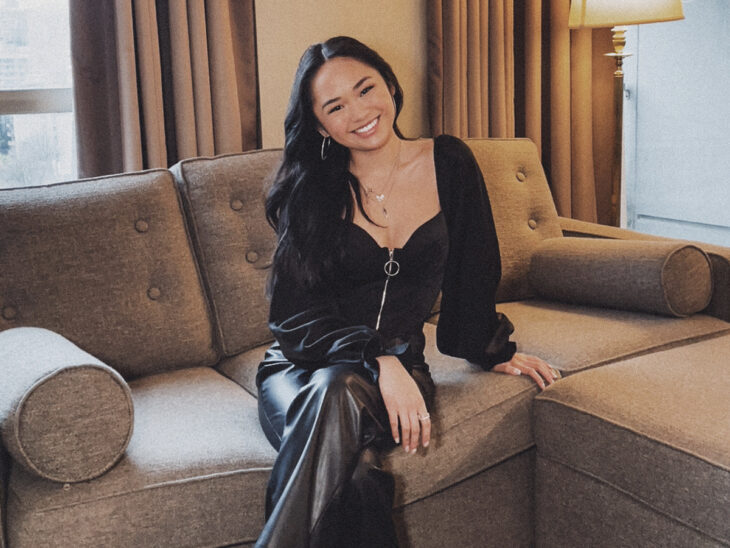 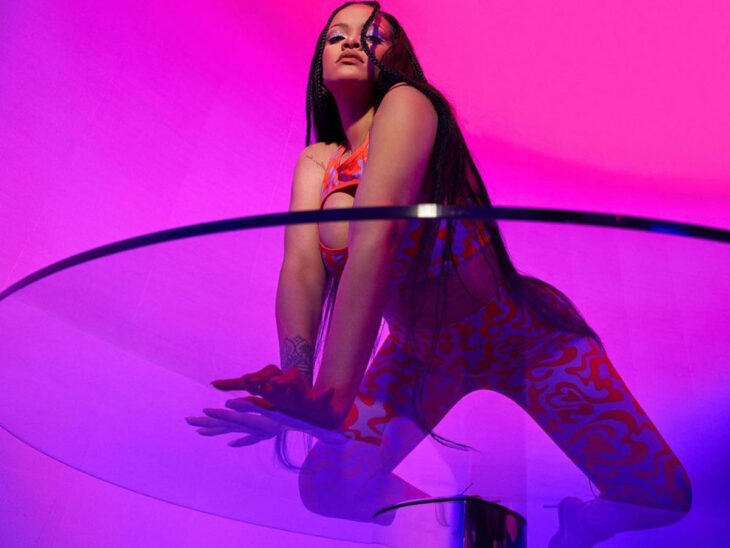 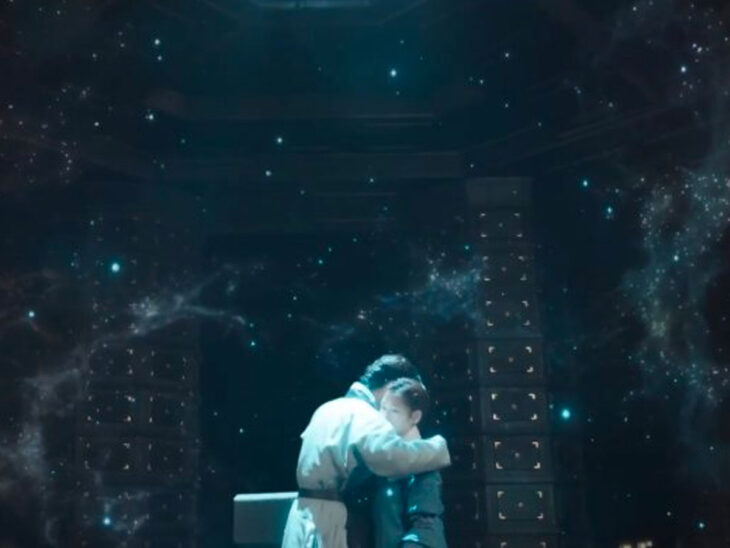