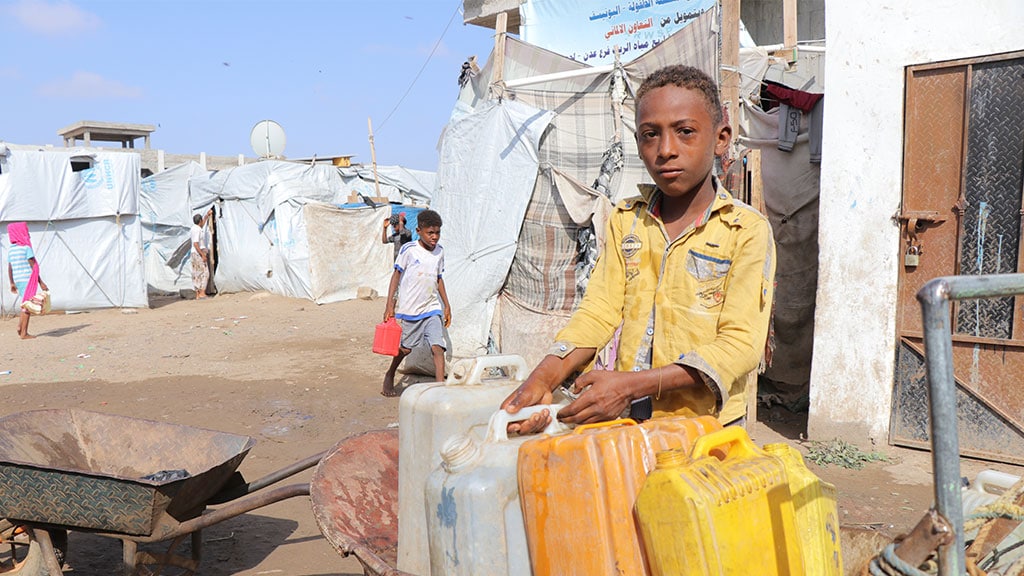 Yemen is on the brink of collapse. The United Nations has described the situation in Yemen as the world’s largest humanitarian crisis. Over the last five years, Yemen has suffered civil war, poverty, and cholera Ś and now COVID-19 is also spreading rapidly.

Covid-19 is believed to be spreading throughout Yemen, where the healthcare system “has in effect collapsed,” the United Nations has warned as it appealed for help and urgent funding.

According to UNICEF, Yemeni children face malnourishment amid aid shortage coronavirus. Different International Organizations are urging donors to donate with urgency as the situation is exceptionally alarming, with thousand of people, mostly children.

The number of malnourished children in Yemen could rise to 2.4 million by the end of the year due to a significant shortfall in humanitarian funding, the United Nations children’s agency UNICEF said on Friday by Yahoo News.

“If we do not receive urgent funding, children will be pushed to the brink of starvation, and many will die,” said UNICEF Yemen representative Sara Beysolow Nyanti. “We cannot overstate the scale of this emergency.”

The tension in Yemen was escalated in March 2015 between government forces and Iran-backed Houthis, when a Saudi-led military coalition intervened against the rebels after they overran much of the country.

Yemen has been wracked for more than five years. There were thousands of people who have died between this conflict; many of them are civilians. This situation was indeed the worst humanitarian crisis in the world. Being caught up in a war while combatting this global Pandemic.

With the lack of funds, thousand more are yet to die due to starvation and inadequate health care system. UNICEF is appealing for $461 million for its humanitarian response, which is currently only 39% funded, and $53 million for its COVID-19 response which is only 10% funded. Sanitation, immunization, and malnutrition programs risk reduction and closure.

UNICEF reported that about 7.8 million children are without access to education, leading them to a greater chance of child labor, recruitment into armed groups, and child marriage.

UNICEF has previously said, and again repeats that Yemen is the worst place in the world to be a child, and it is not getting any better,” Nyanti said. “UNICEF is working around the clock in incredibly difficult situations to get aid to children in desperate need, but we only have a fraction of the funding required to do this,”

Just recently, UNICEF had released a report about the number of malnourished children in Yemen that could reach up to 2.4 million by the end of the year, almost half of all under-fives. As Yemen’s devastated health system and infrastructure overall struggles to cope with the global Pandemic, the already dire situation for children is likely to deteriorate considerably.

Children in the heart of the world’s worst humanitarian disaster need help more than ever.