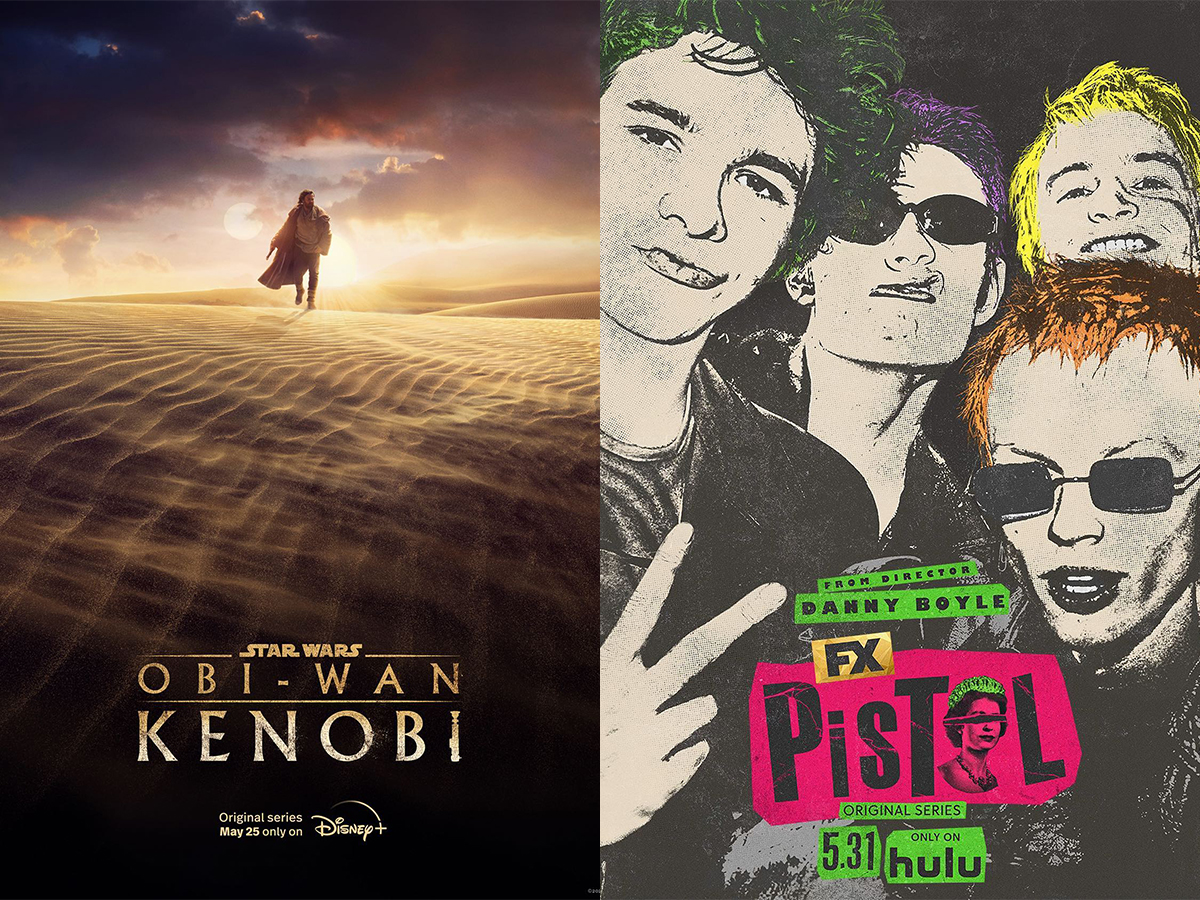 What to Watch this May 2022: The Best Movies and Series to Binge Watch This Month

ItÆs almost the weekend! CanÆt decide what to watch? HereÆs what to watch on theaters and online streaming sites this May 2022!

May has finally arrived ¢ and with it comes a new slate of movies and series to watch on theaters now that restrictions have slowly been lifted. Renowned video streaming service providers like Netflix, HBO Max, Hulu, Paramount Plus, iQiyi, and others have also prepared promising new titles and series worth to binge watch with friends and family members.

If youÆre still undecided on what to watch this weekend, hereÆs a curated list of movies and series coming out this May 2022 that you will surely enjoy!

Best Movies and Series to Watch this May 2022

The month of May is packed with new adventures and movies to watch in theaters, Amazon Prime Video, Paramount, Hulu, HBO Max, and more. A lot of action and thrill are also expected to come out on Netflix, with Stranger Things Season 4 premiering this May 27. HereÆs a breakdown of what you can watch for this month. Happy watching!

After hitting a box office gold with over $325 million gross worldwide, the beloved video game movie is now coming to Paramount with plans for a third æSonicÆ movie and television spinoff. The story continues with Sonic becoming so eager to prove that he has what it takes to be a true hero as he settles in Green Hills. His quest comes into realization when Dr. Robotnik returns with a new partner, Knuckles, who is in search of a mystical emerald that has the power to destroy the whole civilization. Along with Tails, Sonic goes on a globe-trotting adventure in locating the emerald before it falls into the wrong hands.

Dropping on Friday, the second season of NetflixÆs reality show that features the life of the wealthy Asian-American residents of Los Angeles brings takes the drama to a whole new level. In its second installment, Bling Empire expands the friendÆs social circle ¢ still with Japanese-Russian heiress Anna Shay, co-founder of Beverly Hills Plastic Surgery Christine Chiu, and the hinted romance between model Kevin Kreider and DJ Kim Lee. Joining the cast is the daughter of China real estate firm head, Dorothy Wang, and philanthropist, Mimi Morris. Season 1 casts Cherie Chan and Jessey Lee, who married in 2022, shared that they wonÆt be returning for the second season as they would want to focus more on their family and business.

3. Doctor Strange in the Multiverse of Madness (May 6 on Theaters)

Of course, who would miss the sequel to Doctor Strange of the Marvel Cinematic Universe? After the introduction of the multiverse in æSpider-Man: No Way HomeÆ, fans have been raving about how Marvel would continue its narrative. In this sequel, Benedict Cumberbatch, alongside Elizabeth Olsen as Scarlet Witch, deals with the consequences of tampering with the multiverse.

In this latest addition to the Star Wars Universe in Disney+, Ewan McGregor reprises his role as the renowned Jedi Master, whoÆs living a life of seclusion away from the young Luke Skywalker ¢ in the aftermath of æStar Wars: Episode III ¢ The Revenge of the Sith and A New HopeÆ.      With potential threats, like the EmpireÆs Grand Inquisitor, Rupert Friend, and former apprentice, Anakin Skywalker, his life on such a deserted planet may not be as peaceful and quiet as he expects it to be.

Threatened once again by the supernatural forces, the residents of Hawkins, Indiana are forced to deal with the aftershocks of what happened in the previous seasonÆs finale. Creators Matt and Ross Duffer shared how the story of Eleven will be highlighted in this volume and how the rest of the crew struggles with the aftermath of the Battle of Starcourt. With horrifying threats coming into the picture, they are once again challenged to face the horrors of the Upside Down.

The most-awaited sequel to Tom CruiseÆs 1986 Top Gun is finally coming in theaters this May 27. This time, it recounts the life of NavyÆs top aviator Pete ōMaverickö Mitchell whoÆs now in charge of a bunch of promising new pilots ¢ while confronting the ghosts of his pasts, as well as his deepest fears.

Following the memoir ōLonely Boy: Tales from a Sex Pistolö, Hulu will be releasing the limited biographical drama series æPistolÆ which narrates the story of the band that has forever changed the course of the music industry. Toby Wallace portrays Sex PistolÆs founding member and guitarist Steve Jones as he goes through the emotional, hilarious, and heartbreaking journey of the chaotic years in the history of music.

What are you most excited to watch this May 2022? DonÆt forget to set a date with your friends and loved ones as you watch all the best movies and series for this month.