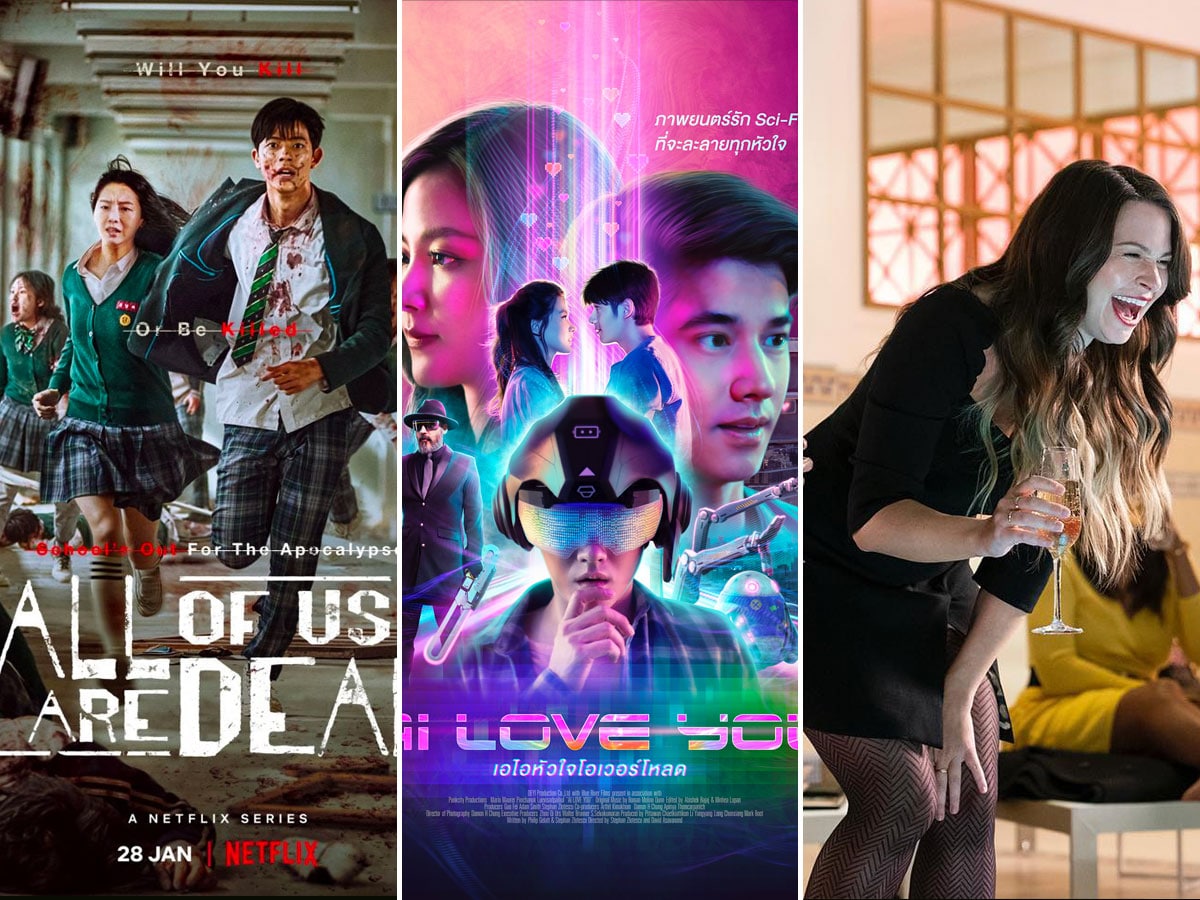 Got nothing to do at home this weekend? Netflix got you covered!

Going all out this February, Netflix is releasing new drama series and movies exclusive to the streaming giant ¢ as well as thrilling and heart-fluttering movies making a comeback this month. So, prepare your takeout treats and enjoy these exciting movies and series to watch on Netflix Singapore.

The 10 Best Netflix Shows to Binge-watch this February

Dominating the first week of February is another Korean horror series that is packed with nerve-wracking action and mind-boggling situations. All of Us Are Dead follows the story of endangered high students who must find ways to escape their school after a zombie virus outbreak. Aside from the thrill of survival, this series also highlights social inequalities and love blooming amidst the chaos.

Based on Jessica PresslerÆs 2018 New York Magazine Article, Netflix adapts the life story of the Russian-born German Instagram fraudster, Anna Delvey. The story features how she managed to establish herself in New YorkÆs social scene ¢ and how she scammed rich New Yorkers by posing as a wealthy heiress.

If youÆre into solving murder cases, then the adventure of Senior Detective Terry Seattle from the Homicide Division will totally add laughs to your weekend. Terry actually teams up with a real-life celebrity guest in order to solve each case. Funny thing, though: these guest stars arenÆt given scripts, so they have to improvise their way to solve the case as they donÆt exactly know whatÆs about to happen.

Do you believe in love found online? What if youÆre bound to match with a handsome billionaire as you swipe through the options on Tinder? The Tinder Swindler is an interesting documentary fix that follows the story of the notorious Israeli conman, Shimon Hayut, who poses as a billionaire across dating apps.

Well, if you want to get a feel of the Valentine season, enjoy NetflixÆs latest release, Love is Blind Japan. Like its first installment, the reality TV features a dating experiment of how singles in Japan come to find love in a rather unconventional way ¢ even getting married before they could literally see each other eye to eye! Now, this could surely spice up your weekend!

Yep, yep, yep, our Tall Girl, Jodi, is getting herself a part 2! Now, we see her struggle as she gets the lead role for their school musical. With her newfound popularity, itÆs stirring to find out how she will actually get through with her confidence and relationship.

Song Kang is back with another romantic K-drama! Now, with the rom-com queen, Park Min-young, these two will make us once again believe in the power of love and destiny this Valentine season.

Set in the national weather service station of South Korea, Forecasting Love and Weather, features the story of a weather forecaster who swears to never be in a relationship ever again ¢ and as well could tell, fate decides otherwise as she meets a co-worker, who will revert everything that she believes in.

As if Song Kang is not enough, Netflix brings back together our Thai OTP ¢ Mario Maurer and Baifern Pimchanok! If this is not a crazy little thing called love, we donÆt know what to call this overwhelming excitement.

AI Love You is set in a futuristic world where an AI program falls in love with a young woman. In a faulty glitch, this advanced AI escapes into the real world and takes over the body of the man whoÆs supposedly tasked to fix it.

Will Mario and Baifern make us rekindle our hopes for love? ThatÆs something to look forward to this February 15!

Romance overload! Another K-drama series that will melt our hearts this February is about a teen fencer who meets a hardworking man whoÆs trying to rebuild his life. Here we see the romance of Kim Tae-ri and Nam Joo-hyuk ¢ along with the friendship ¢ that blossomed from 1998 to 2021.

Okay, enough with the butterflies. In this reboot of the classic 1974 Texas Chainsaw Massacre, we get to bring back the fear that Leatherface has itched in and among us. After 50 years of hiding, he is back to terrorize a group of influencers who want to breathe new life into a Texas ghost town.

Love truly exudes in Netflix this February. So with a rollercoaster of movies and shows to choose from, what are you planning to watch first this weekend?