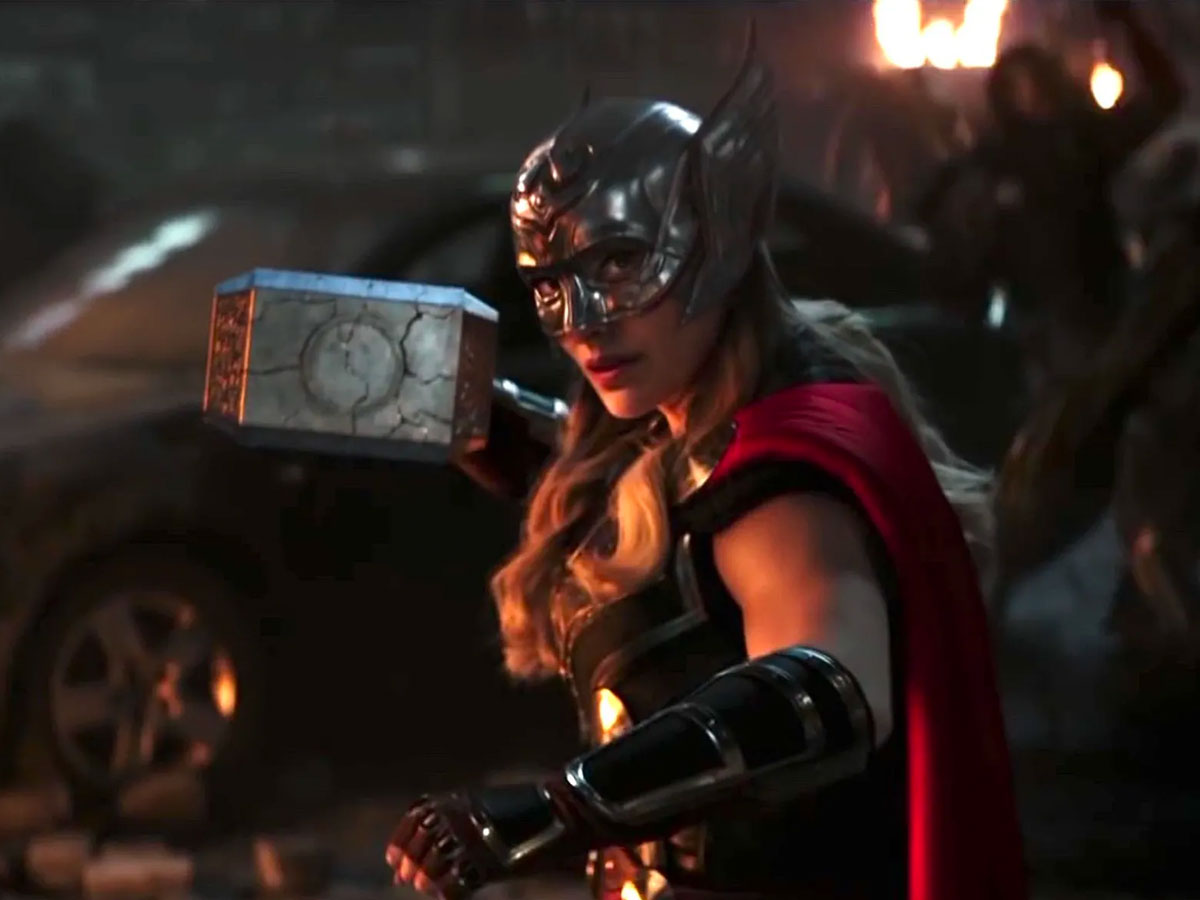 Thor is back on the big screen ¢ but with Natalie Portman acting as the Mighty Thor.

The first official trailer of æThor: Love and ThunderÆ unveils Natalie Portman wielding Mj÷lnir. After taking a break from the Marvel Cinematic Universe, the multi-awarded American actress comes back more powerful than ever in the fourth solo movie of Chris HemsworthÆs God of Thunder.

Last Monday, the teaser of the upcoming movie provided a glimpse of what happened to the Asgardian Avenger following the events that happened in 2019Æs Avengers: Endgame. The sequel brings together old and new allies, including the Guardians of the Galaxy, Korg, King Valkyrie, Olympian God Zeus, and of course, the enticing return of Jane Foster.

Thor: Love and Thunder take inspiration from the critically-acclaimed comic book, æThe Mighty ThorÆ, authored by Jason Aaron and artist Russell Dauterman. This follows the timeline when Jane Foster dated and broke up with Thor and took up the superheroÆs mantle after he was deemed unworthy of Mj÷lnir. While wielding the sacred hammer comes with a lot of power, in the comics, this comes with a heavy cost to Jane Foster as it causes her breast cancer to get worse. It is not clear though whether the movie would follow the same plot.

The 90-seconds long teaser is jampacked with footage that started commotion among fans about the filmÆs possible narrative. The opening shot of the trailer flashes the evolution of Thor from childhood to adulthood. With the classic ōSweet Child OÆ Mineö of Guns NÆ Roses in the background, it shows what Thor has been up to after saving the universe from Thanos.

Thor is seen along with the members of the Guardians of the Galaxy but seemed to be in conflict, which dismayed Star-Lord, Chris Patt. The God of Thunder then left the group implying that his superhero days are already over. Then he joins his friend Korg ¢ who is voiced by Taika Waititi ¢ on their own journey toward an alien world in order to find inner peace. He poetically emphasized how his hands were once used for battles but now have become humble tools for peace.

Of course, the film remains true to its identity: one to bring good laughs and lessons to ponder upon. Alongside his search for inner peace, the trailer also montages ThorÆs training as he gains back his normal muscular self.

But probably, the most unexpected part of the teaser came upon the appearance of the Mighty Thor, Natalie Portman, who played Jane Foster in the first two Thor films. ThorÆs ex-girlfriend may have not appeared in the third movie but seeing her gaining the powers of Thor and wielding the reconstructed hammer, Mj÷lnir, makes only the movie super exciting to look forward to.

As of this writing, the first trailer of Thor: Love and Thunder released on Monday has hammered an astounding 209 million views across all digital platforms.

Thor: Love and Thunder to Arrive in Theaters this July 8

The Marvel Studios film, Thor: Love and Thunder, is set to premiere in theaters this July 8 ¢ after being filmed in Australia last year and has been repeatedly delayed because of the COVID-19 pandemic.

Aside from Thor: Love and Thunder, plenty of MCU fans are also raving for Doctor Strange in the Multiverse of Madness which will hit the theaters this May 6, Ms. Marvel which will begin streaming on DisneyÆs streaming service on June 8, and Moon Knight that is currently airing on Disney+.