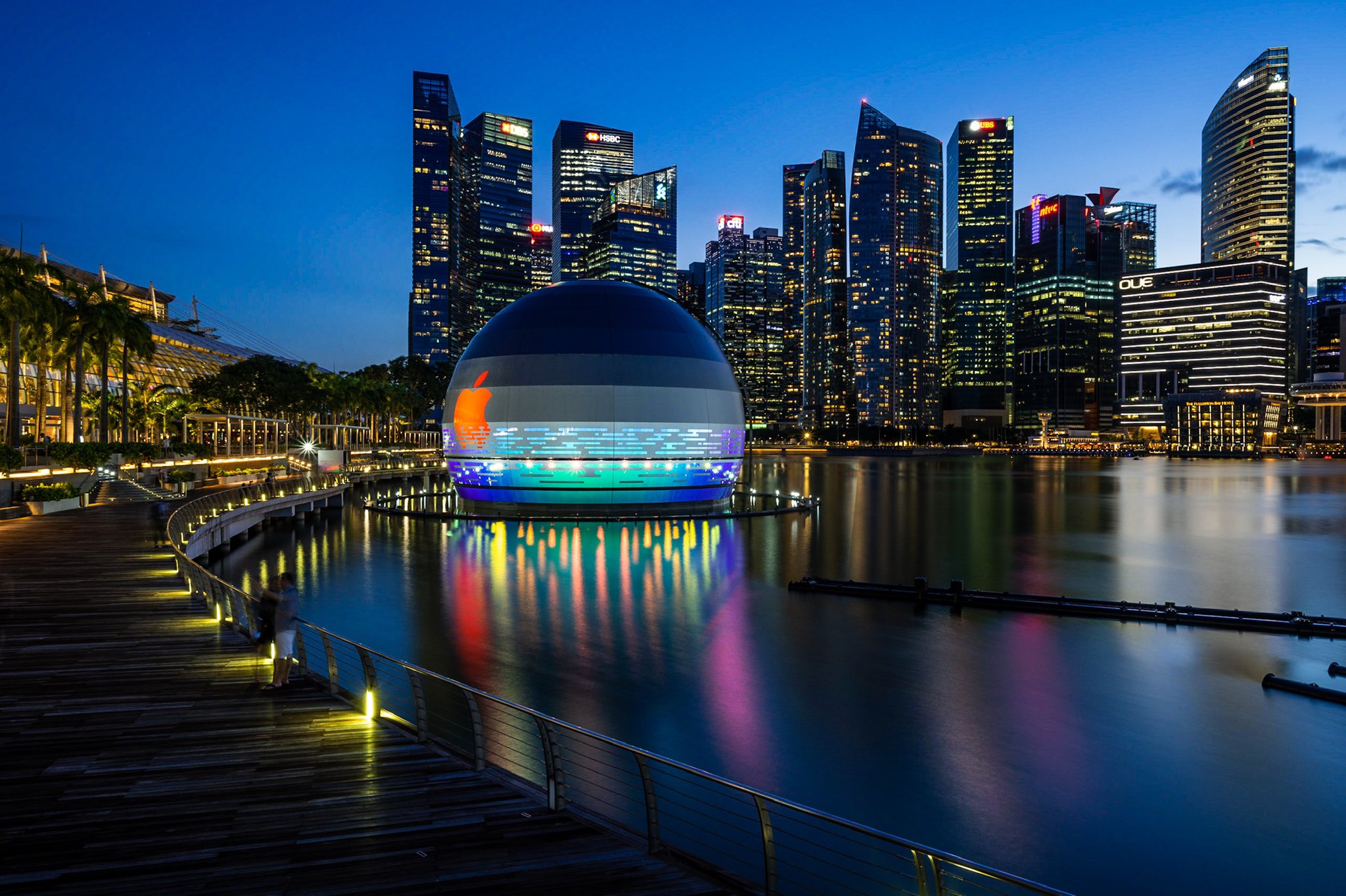 Apple Marina Bay Sands opens soon on Singapore’s waterfront. The only Apple retail shop on the planet that floats on water.

There has been a lot of talk about the new store, which is Apple’s 3rd outlet in Singapore. The first outlet is in Orchard Road that opened in 2017 and followed by Apple Jewel Changi Airport, located in the world-famous retail sector of Singapore’s transportation hub.

Apple Marina Bay Sands is adjacent to the world-renowned resort and architectural destination. It’s the first Apple Store with a spherical design and the first perched on a water body.

The spectacular architecture of Marina Bay sands adds up to the vibrant look of the new store. During the day, the orb’s glass panels reflect the Downtown Core’s towering skyline and motion of the rippling water. But at nighttime, the store comes alive as the sphere glows.

Michael Steeber, a creative editor, and fan of Apple retail and design posted on twitter, “This is one of Apple’s most significant stores. They’ve never tried anything like it before. An elevated boardwalk and underwater passage connect to pavilion to the shore and The Shoppes at Marina Bay Sands.”

“Apple Marina Bay Sands will be at the heart of creativity, a place we’ve made for you to capture your ideas and passions. It will be a space for you to explore, connect, and create something new,” wrote Apple on their site.