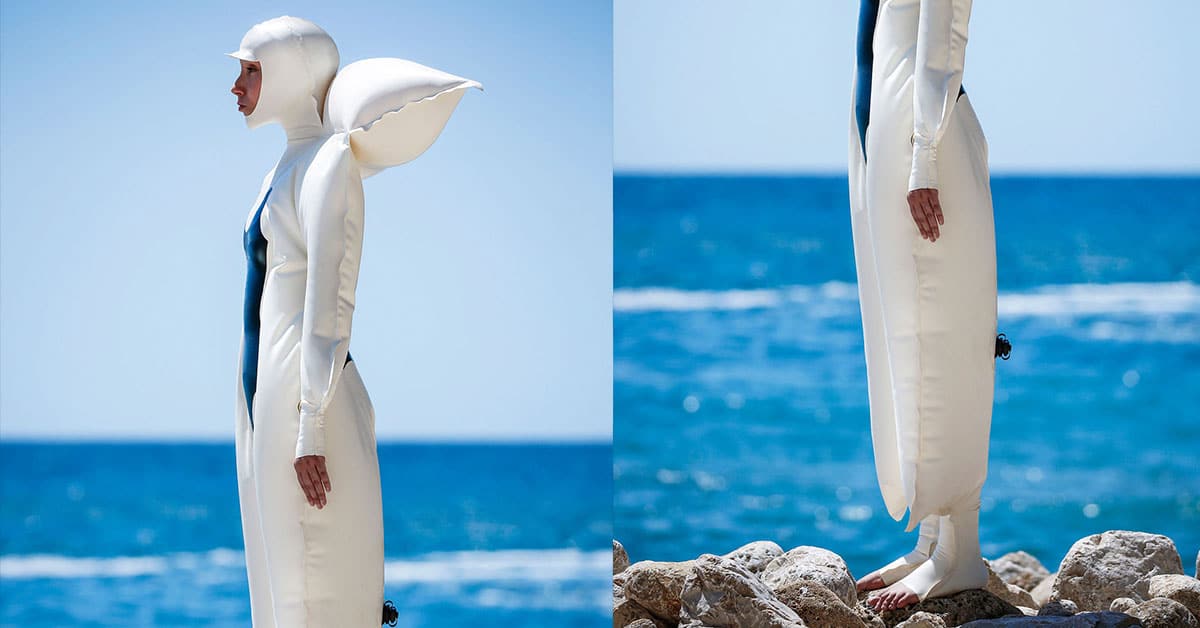 Spanish artist SiiGii has designed a wearable inflatable float for people with sun Allergy. It’s a totally a game-changer as it enables users to lounge on a pool float in the summer without being worried about complicating their Allergy to the sun.

“I grew up on the beach. At age 11, I developed an allergy to the sun, which awakened a feeling of artificiality in me,” the designer, who was born in Spain, explained.

The designed titled Floating Above Limits is part of SiiGii’s wider collection S.A.D: Sun Allergy Diaries, which includes three designs that aim to find ways of overcoming the artist’s rare condition that makes them allergic to the sun.

“Suddenly I had to start protecting myself from nature… in conflict with something considered so beautiful, nourishing and relaxing. Ever since, I have been developing systems of protection so my story could have a happy ending.”

The float is made of latex. It’s an all-in-one bathing suit wraps around the head like a swimming cap to ensure maximum coverage and features two inflatable areas behind the head and around the body in the shape of a pool float. When it’s inflated, the person wearing it can float on water while bathing in the sun without worrying about triggers to Allergy.

SiiGii made the suit in their own studio using just glue and a hand pressure roller. According to the designer, the biggest challenge was combining “the extremes of ‘full of air vs no air’ in one design.

For more information, you may visit https://www.siigii.com/