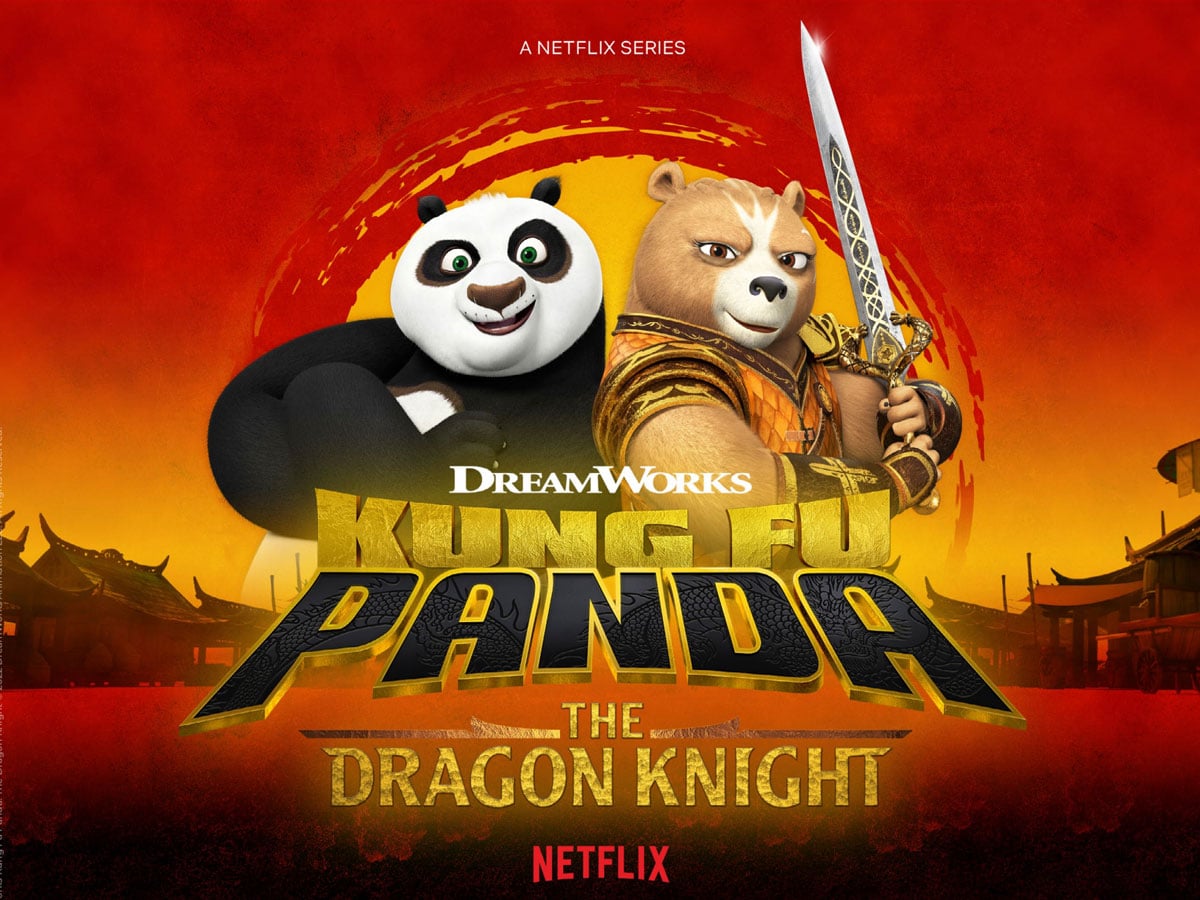 Skadoosh! Kung Fu Panda: The Dragon Knight is Coming to Netflix this July 14!

Black Jack is back as Po ñ with tons of (mis)adventures set for this new Kung Fu Panda series on Netflix.

Netflix is finally adding an original series for our beloved wide-eyed panda, Po, along with his insatiable appetite. In this 11-episode series, Kung Fu Panda: The Dragon Knight will focus on the Poís globe-trotting quest to redeem himself after being wrongly accused of using the collection of powerful weapons to destroy a village.

In the trailer released for Kung Fu Panda: The Dragon Knight, Po is seen to be going on a much-deserved eating tour in China. However, because of unexpected twists and turns, he found himself being forced to team up with the English knight, ëWandering Bladeí, in order to clear his name. While Poís adventures will still begin on July 14, kids and kids at heart are already excited to see the next chapter of Poís story over this summer break.

The Epic Quest of Po and Luthera

In this new series, fans once again see Po in a misadventure alongside the exceedingly proper and impatient English knight, Luthera, whoís also known as the ëWandering Bladeí. Voiced by Rita Ora, Luthera comes to Poís village in search of the ëDragon Masterí. When the mysterious pair of weasels set their sights on the collection of four powerful weapons, the two obviously mismatched warriors then set out on an epic adventure in search of the magical weapons and to save the world from destruction.

Kung Fu Panda became one of DreamWorkís highest-grossing animated films ñ and even earned a nomination for the Academy Awards in 2008 ñ thanks to the optimism and cuteness of Po. However, his character is once again put to test when he was blamed for the destruction of a village. This even resulted in him being stripped of his honor and title. To make things right for the people of China and earn back their respect, Po leaves his homeland for the first time and makes himself open to new people, places, and cultures.

In this quest, Po teams up with Wandering Blade, who unfortunately doesnít share Poís optimism and fly-by-the-seat-of-his-pants ways. Having been trained in the ways of knighthood in English, she prefers to do things by the book. Hence, sheís quite rigid and impatient as she is so focused on her mission and does not want to waste her time on anything frivolous, like meals, small talks, or anything thatís fun. With such an unlikely partnership with Po, Blade might just discover that probably thereís more to life than seeking out revenge.

Excited for Kung Fu Panda Series? Hereís What You Have to Know

For this series, Peter Hasting shared that the main idea is to allow the beloved character of Po to go to an epic and longer form of adventure ñ making him discover new characters beyond the horizons that he exists. Of course, knowing how much the film was loved because of its humor, action, and emotional story, the creators made sure that Kung Fu Panda: The Dragon Knight remains engaging in some real dramatic situations, with spectacular visuals and designs that the story called for.

Are you excited about the new adventures of Po in the Kung Fu Panda: The Dragon Knight as well? Make sure to mark July 14 on your calendars!