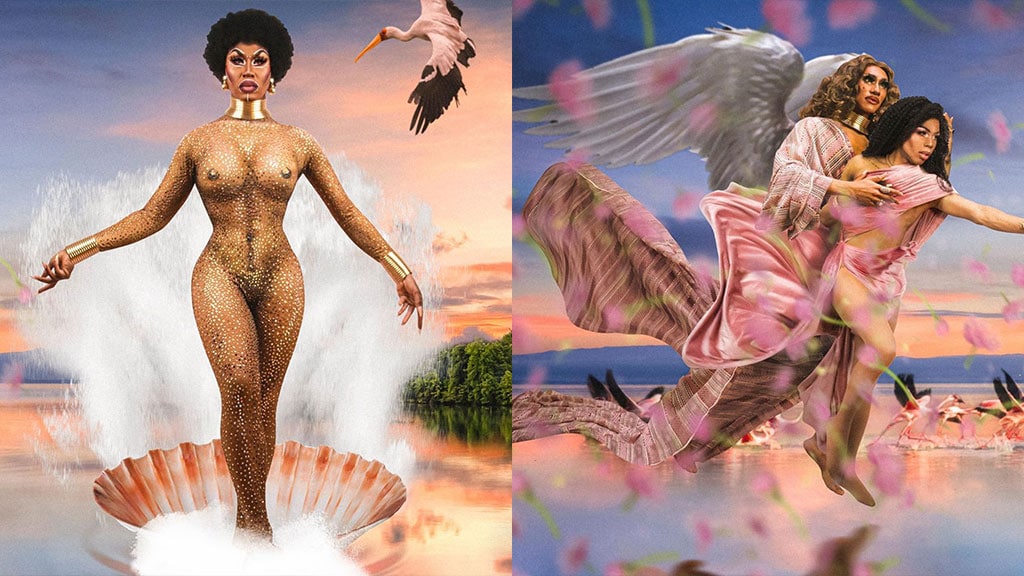 Now that the Black Lives Matter movement continues to gain momentum, different brands and TV shows worldwide are unstoppable in taking initiatives or showing their support to ignite the fire that urges people not just to be aware but to take action.

“Love the skin you’re in,” the theme to one of the episodes of Rupaul’s Drag Race All-Star 5 that has drawn excellent and positive attention to the viewers. Competing drag queens were tasked to come up with a look on their runway challenge that will reflect and resonate with the said theme. Amongst all, Shea CouleÈóa frontrunner this season has seemed to have stood out, conjured up an ensemble that took the fashion theme a notch higher.

Coulee explained in her Instagram post about the catwalk look she created is an interpretation of Sandro Botticelli’s famous painting The Birth of Venus, but black. “I’ve been told that I’m too dark, too nappy, too femme to be considered beautiful. That’s why I wanted to full embrace black beauty in this runway presentation.”

The indisputable creativity and art put in Coulee’s work were inspired by the goddess Venusótraditionally depicted as a white Roman woman governing over love, sex, beauty, and fertility. CouleÈ took it to a different level as she twisted it to celebrate her own black body. People in the fashion industry have mentioned that she has made and send a powerful message that surpassed just aesthetics.

In Coulee’s Instagram post, “Love the Skin You’re In’ is a concept that took a long time for me to come to terms with.” Mentioned also in the same post are the essential people behind the work of art look, Michael Brambila and Troy C. Ford designed her crystal-covered, transparent bodysuit. She also included fellow drag queens from the House of CouleÈ to star in the Botticelli-style images. Kenzie CouleÈ, Bambi Banks-CouleÈ, Baby CouleÈ, and Khloe CouleÈ all depicted various Black goddesses alongside her in the new notable photo series. Shea CouleÈ’s photo concept and artwork by Mario ElÌas Jaroud. Original photography by Dan Polyak. Hair by Nathan Juergensen, nails by bbygirlnails.

Drag Race fans and prominent personalities in the fashion industry have incredibly gone wild since the episode was aired out. Even though the episode was filmed last year, the message it tries to send across is very timely, especially the Black Lives Matter campaign that has been clinging around the world for the past weeks.