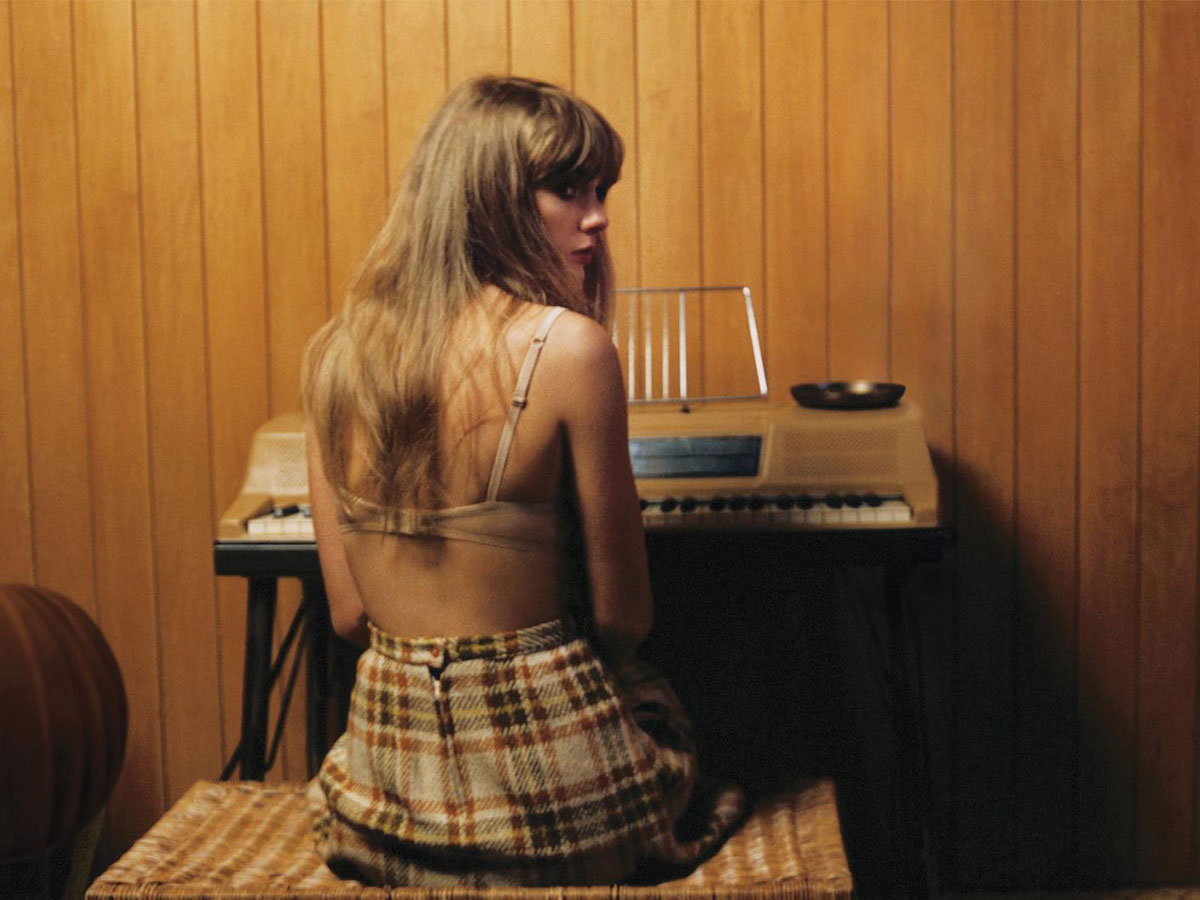 True to her announcement from the VMAs stage over the summer after accepting the trophy for Video of the Year, Taylor Swift dropped her 10th studio album, Midnights, at exactly midnight ET on October 21. For this rollout, she collaborated with American singer-songwriter, Lana del Rey, Jahaan Sweet, Joe Alwyn, Zoë Kravitz, and longtime collaborators Jack Antonoff, Sam Dew, and Sounwave.

Before the official release of Midnights, the phenomenal Grammy singer-songwriter shared a teaser trailer for the forthcoming music videos from the album. The clip presented a beautiful chaos of scenes that burst with emotions and cryptic messages. Making the shots more enticing are the appearances of Laura Dern, Jack Antonoff, the Haim sisters, John Early, Mike Birbiglia, and Dita Von Teese. Also listed in the credits were Mary Elizabeth Ellis, Pat McGrath, and Laith Ashley.

The first all-new LP released after Evermore and Folklore in 2020 made new records on the same day of its release as Spotify revealed that it had become the most-streamed album on a single day in the audio streaming and media service’s history.

“How did I get this lucky, having you guys out here doing something this mind-blowing?! Like what even just happened?!?!?!” tweeted Taylor Swift after beating Bad Bunny’s previously held record of 183 million streams upon the release of Un Verano Sin Ti last May. Before that, this achievement was earned by Drake for his sixth studio album, Certified Lover Boy.

The announcement was made just a few hours after the Midnights was released — after fans reported Spotify to have crashed that Thursday night when all of Taylor’s fans went to the app to give the new record a listen. It can be remembered that the hitmaker originally pulled her music in 2014 from the streaming platform but made it back on the platform after strengthening their relationship with a deal: that as part of her new contract with Universal Music Group, any sale of their Spotify shares result in a distribution of money to their artist, recoupable.

As Taylor Swift puts it: “Midnights is a collage of intensity, highs and lows, and ebbs and flows. Life can be dark, starry, cloudy, terrifying, electrifying, hot, cold, romantic, or lonely. Just like Midnights.” She also added that the record is a ‘wild rife of an album and that she couldn’t be any happier than to have her co-pilot in the making of Midnights, referring to Jack Antonoff, whom Swift identified as a friend for life who has been making music with her for nearly a decade already.

And as if the album was not enough, Taylor Swift surprised her fans three hours after releasing Midnights with seven more songs written during the conception of the same album. “There were other songs we wrote on the journey to find that magic 13. I’m calling them 3am Tracks. Lately, I’ve been loving the feeling of sharing more of our creative process with you, as we do with From The Vault tracks. So, it’s 3am and I’m giving them to you now.”