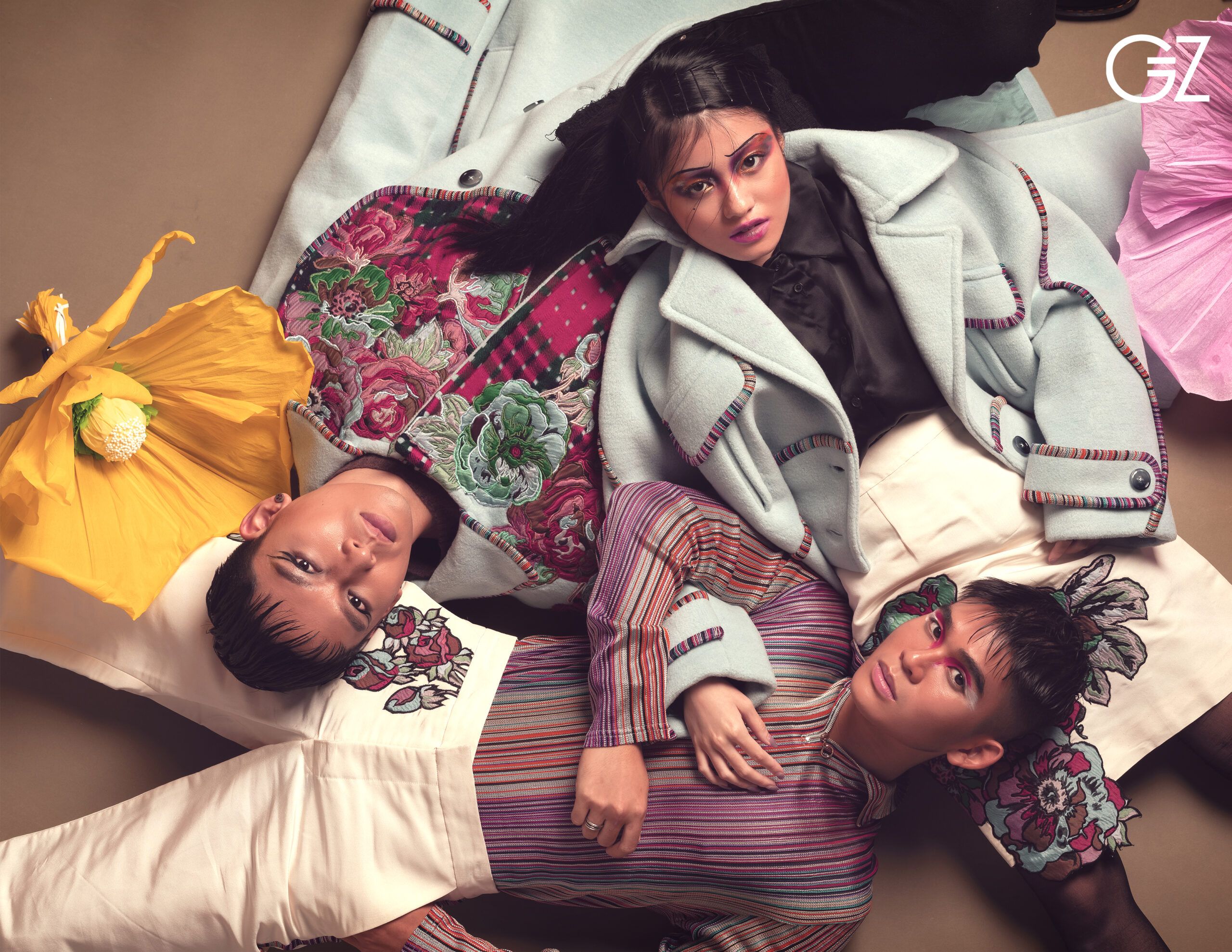 A society that breathes normalcy often undermines the creative. Several years back, the imaginative content creators and artistic influencers who have successfully started trends in this digital era were not as warmly welcomed as they are now.

Typical Asian parents would always opt for a stable ground for their children – encouraging them to pursue professions that have been long proven to be of necessity to the community. Hence, the high preference for medical courses, engineering, law practice but never for fashion design.

However, creativity will always find a way to express itself. Here, the award-winning fashion designer Hay Mar shares her journey towards pursuing passion, exploring new things beyond her comfort zone, and creating textiles, silhouettes, and designs that promote sustainability and empower ingenuity.

How Creativity Came to Life

Like many, it all began with a childhood dream. When Hay Mar learned about crochet and all other things related to fashion, she already knew what she wanted to do in life. But her affinity for arts and crafts came into conflict with her parents. “I had some conflict with my dad when I started. He said at that time that we won’t be able to make money. That I won’t have a stable job and stuff like that.”

So, when Hay Mar came to Singapore, she studied to become a nurse and eventually began working in the same field. However, along the way, she ultimately realized that she did not belong there – that she’d been called to do something else. For this reason, she went on a short course to study fashion, like basic sewing, drafting, and the like.

After locating where her heart truly belongs – when she felt that she was ready to start on her own – Hay Mar quit her job and started studying fashion at Raffles Design School – where her creativity was finally nurtured.

While creativity feeds the mind, it is insufficient on its own. As a recipient of various fashion design awards, Hay Mar emphasized how important research is in getting inspiration. “Research plays a really big part. So, go outside and what is related to your research. Then you become stronger [and] inspired to develop more design or to design a collection. Do a lot of experiments.”

Hay Mar draws inspiration from one of the most celebrated fashion designers of his generation known for his exceptional technical ability and original designs, Alexander McQueen, whose works speak so much of volumes, shapes, silhouettes, and interesting fabrics.

The Adversities that Come Along with Creativity

Despite the milestones, Hay Mar admits feeling insecure and uncertain upon entering the industry. “The insecurity has always been there. There wasn’t like a guarantee that you will find a job and that you were going to do well. There’s no guarantee to that because I think the fashion industry is big. And then it’s also very hard to get into those high-end labels, especially when we are like Asians.”

This is why for Hay Mar, it is important that you’re really sold out of your idea and that you certainly love what you are doing. “If you don’t like it, if you don’t have any interest from the start, you won’t be able to survive in it. Because at the end of the day, there’s no guarantee.”

Contrary to her fears, Hay Mar was fortunate to find jobs in Singapore that were aligned with fashion design. However, as she wanted to continue to develop her skills and knowledge, she decided to go back to Myanmar and start her own business. With the support of her family and friends, she was able to open her own wedding gown boutique that caters to custom designs. As a huge fan of fabric, she adds embroidery and crochet and manipulates the design to suit her client’s preferences.

Beyond Creativity: Creating Lasting Impact Towards the Environment

Aside from channeling her creativity, Hay Mar also understands the impact of the fashion industry on the environment. That’s why she has always tried to embody sustainability as one of the core values of her designs—something that comes out naturally when you want to reduce waste and save the environment. “It’s the second pollution that alters the world. So, we really must touch on and make a difference.”

As a designer, she took up this challenge and thought of creative ways that other people might not have thought of yet. As a researcher, she went to a lot of places in Singapore to get inspiration and to feel the reality. She went to Chinatown down Arab Street, approached the shopkeepers, and asked them if they wouldn’t mind giving her their throwaway fabrics. Taking all those scraps, she created something wearable by adding knits and crochet to make them into really textural pieces. And what started as an experiment ended up as her sustainable collection.

Aside from the zero-waste concept, Hay Mar believes that embarking on this kind of project opens a lot of opportunities for people to learn and earn at the same time. “As knitting and crocheting are getting more popular, a lot of people are more likely to learn the skill, I get to connect those people to do my work. I like the sense of giving support [that this gives] to other people as well. I mean, I just want my collection to have more meaning through that.”

For her collection, Hay Mar wants to deeply express her journey as impacted by Robert Frost’s The Road Not Taken. “I think I wrote it in my abstract portfolio as well. The poem really hit my heart. I also want to use my journey and my own inspiration to create each piece so that it gives them all meaning. The poem says something like two roads diverge. I took that one less traveled and that makes all the difference. I want to portray that it’s never too late to start anew.”

Each of Hay Mar’s designs flaunts particularly decorated crochet and knits—made from materials that were once deemed insignificant. With much inspiration, she brought all those details and elements together in the embroidery of colors and threads that came from scratch and used them to pop up designs on jackets and coats.

It takes a brave heart to follow one’s course in life. Like many other parents, Hay Mar’s family got worried when she began her creative journey. But once she found her strength, with the guidance of her teachers, she became more certain of what she wanted to do with her life.

Hay Mar’s journey reminds us how each one of us follows a certain timeline – that it’s never too late to start anew. “You don’t really need to run but you have to go. You have to trust your instinct. You move on and [eventually] realize one day that you’ve been led to exactly where you’re meant to be. It will be proven by having your passion always — and having the desire to always go forward, develop [yourself] and desire to create more.”