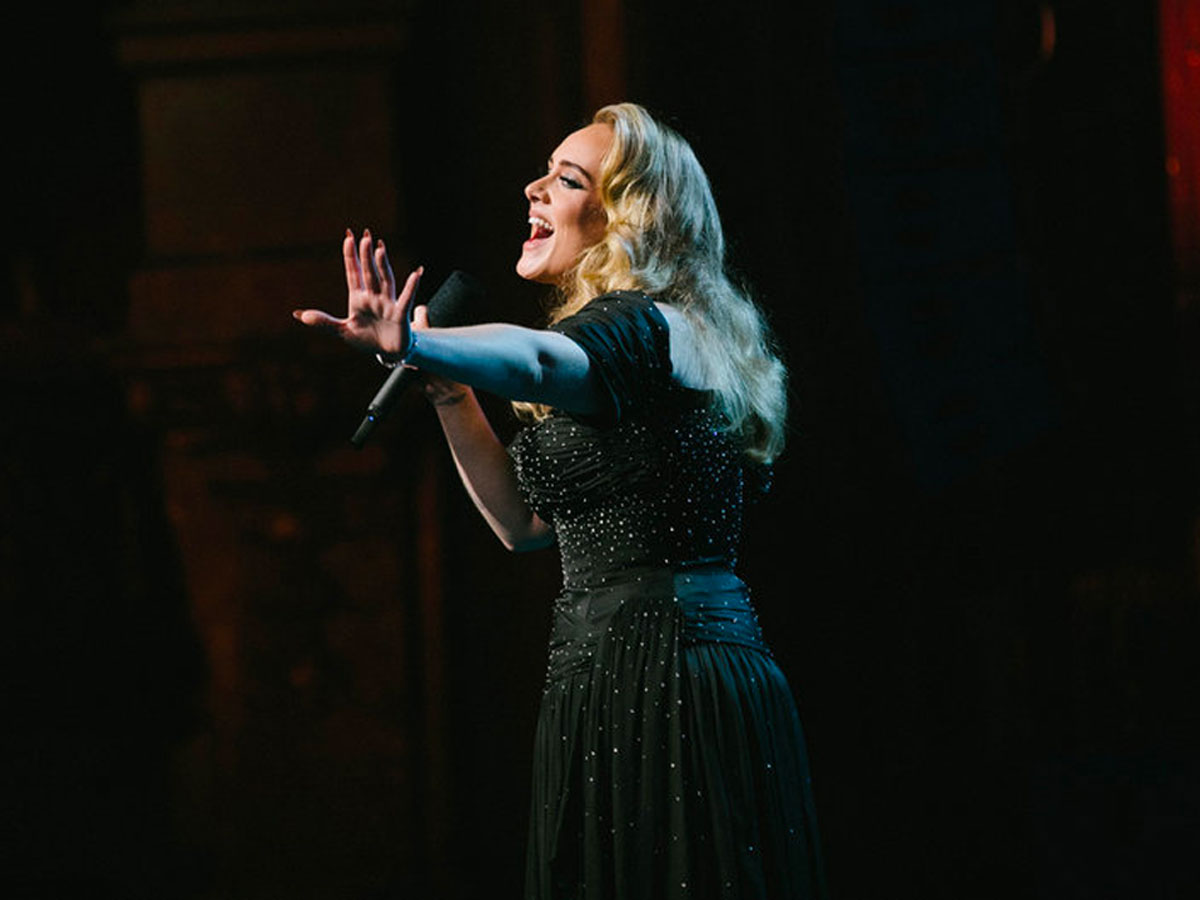 Consider this as your backstage pass. Watching the iconicĀæEasy on MeÆĀsinger perform in Las Vegas may not be feasible right now, but you can finally get to see and listen to Adele as her special concert,ĀæAn Audience with Adele,ÆĀwill premiere on network television this March 20.

Known for her heartbreaking lyrics and emotional ballads, Adele has recently announced that her fans can finally watch her U.K. concert special on NBC. According to reports, the 33-year-old songstress will bring the audience to the London Palladium, where the live concert was recorded on November 6, 2021. This two-hour event will feature a collection of her original songs, including the hitĀæSomeone Like YouÆĀandĀæHello,ÆĀas well as four other songs from her album æ30Æ ¢ which was recently released last November 19, 2021.

What to Expect in AdeleÆs Special Concert?

This is indeed music to the ears of her fans. It can be recalled that the last time Adele performed in the U.K. was way before the pandemic, at the Wembley Stadium in June 2017. Here, the award-winning singer gets intimate with the audience as she engages in candid banter and answers both personal and professional questions from celebrity attendees throughout the concert. Thereby, fans can expect the appearance of one of AdeleÆs childhood mentors and a star-studded crowd ¢ which was reportedly attended by Idris Elba, Michael McIntyre, Hannah Waddingham, Boy George, Dua Lipa, Samuel L. Jackson, Naomi Campbell, Graham Norton, Jodie Comer, David Tennant, Lord Andrew Lloyd Webber, and Emma Thompson.

To note, this is AdeleÆs second two-hour special that will be aired on American television. November 14 of last year, CBS also aired æAdele: One Night OnlyÆ ¢ a combined performance at the Griffith Observatory in Los Angeles where she sang phenomenal hits like æRolling in the DeepÆ and æSomeone Like YouÆ and sat down for an interview with American talk show host, producer, and philanthropist, Oprah Winfrey, where they discussed real-world topics.

The said show, which originally aired on November 21, 2021, was executively produced by Ben Winston, Jonathan Dickins, Sally Wood, and Adele herself, together with Raj Kapoor garnered more than 10 million views. Prior to this, Adele and Dickins have already worked together, along with Lorne Michaels in the 2015 TV special, Adele: Live in New York City. The show was hosted by Jimmy Fallon and was filmed at Radio City Music Hall. It was previously aired by NBC last December 2015 and received four Emmy nominations, including the Outstanding Variety Special Award.

So, when can we watch æAn Audience with AdeleÆ? Based on reports, fans can catch the special concert on NBC this Sunday, March 20, 2022, at 9 pm EST. Fans who canÆt watch it on the aforementioned date can opt to stream the special on Peacock ¢ NBCÆs streaming service ¢ the next day, March 21, 2022.

This is such a great way to celebrate another milestone with the soulful ballad singer after she won the Artist of the Year, Mastercard Album of the Year (for her album, 30), and Song of the Year (æEasy on MeÆ) at the 2022 Brit Awards which was held at the 02 arena in London last February 8. Among all nominations, she won in all categories except for the fan-voted Best Pop/Rock Act that was bagged by Dua Lipa.

These achievements marked AdeleÆs third win for categories on Album and Song of the Year. To recall, she won Album of the Year in 2021 for her album æ21Æ and in 2016 for her album æ25Æ. Following the Brits history, she is the second artist to win these awards in three consecutive studio albums next to Coldplay. This is in addition to the 15 Grammy Awards, 18 Billboard Music Awards, 2 IVORs, 5 American Music Awards, Oscar, Golden Globe, and PeopleÆs Choice Award that the global superstar has already accumulated through the years of showcasing her musical abilities to the world.

Are you ready to join Adele in another unforgettable night of music? Are your hearts ready to listen to her soulful renditions of her classic chart-toppers? Make sure to mark your calendars and prepare your hearts forĀæAn Audience with AdeleÆ!