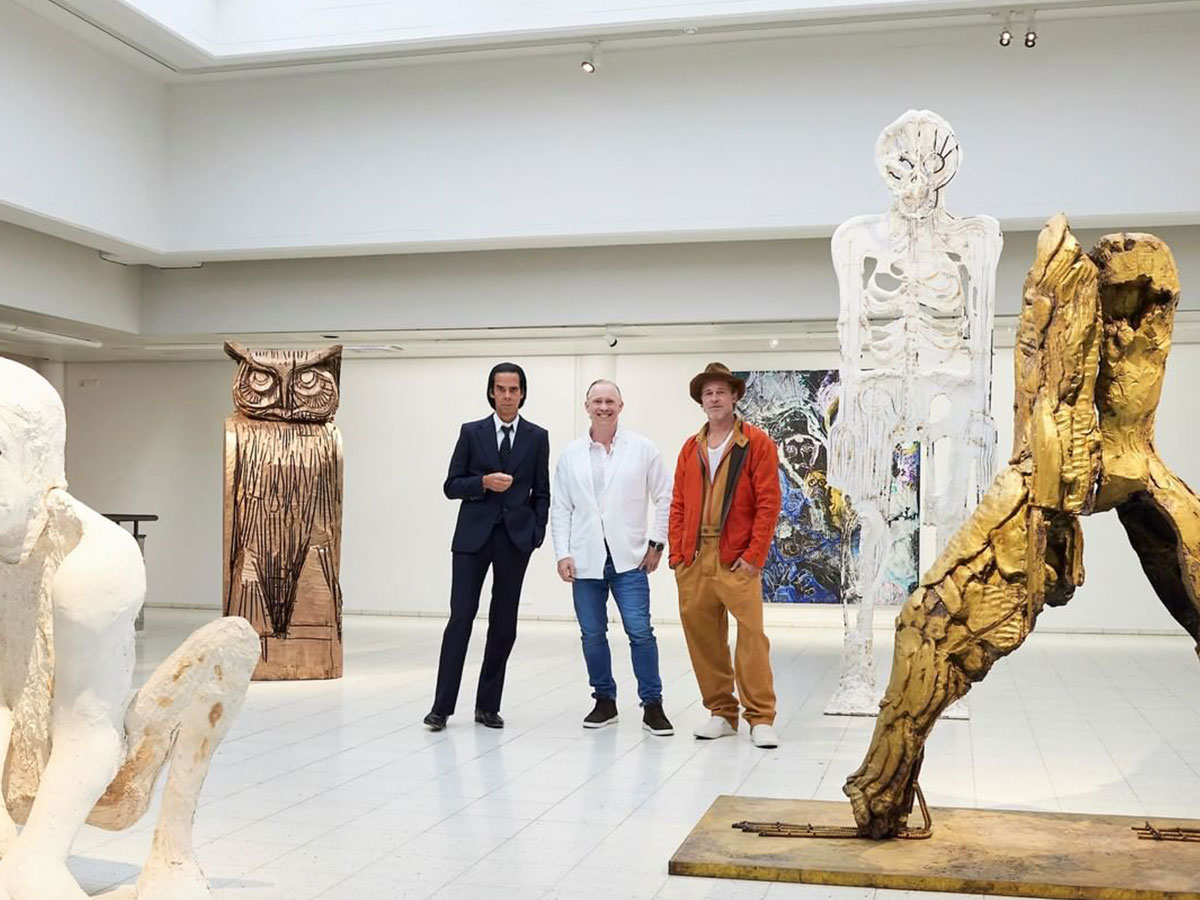 The ‘self-taught’ American actor made a surprise debut as a sculptor in Finland’s third largest city of Tampere.

Exploring a field that he has not been much associated with, Hollywood movie star, Brad Pitt caught his fans in surprise as he unveiled his first-ever public art exhibition in a Lakeside Art Museum in Finland. The sculptures revealed by the actor are part of the larger exhibition by British artist Thomas Houseago, together with the ceramic series made by Australian alternative rocker and frontman of Nick Cave and the Bad Seed.

The ‘largely self-taught’ artists – as described by Sara Hildén Art Museum – included a molded plaster panel that seem to depict a gunfight and a series of house-shaped silicone sculptures portraying how each has been shot with a different gauge of ammunition. This is one of the nine works presented on the show by the 58-year-old actor.

In the press release made by the art museum, the presented sculpture and paintings, together with the ceramic series were created during an ongoing dialogue with Houseago. They found the collaboration an exciting experience to see the new and different artistic side of the highly-admired individuals in the entertainment and music industry.

As per Brad Pitt in the opening ceremony, “For Nick and I, this is a new world and our first entry. It just feels right. It’s about where I have gotten it wrong in my relationships, where have I misstepped, where am I complicit.” In the interview, the actor elaborated how the artwork was born out of the ownership, a radical inventory of self, and being brutally honest to take into account the things that just have gotten wrong. It can be remembered that the actor faced numerous allegations and has undergone meticulous scrutiny after his split with one of Hollywood’s highest-paid actresses, Angelina Jolie, in 2017.

On the other hand, the dark baritone-voiced frontman of Nick Cave and the Bad Seeds, showcased a series of ceramic figures that depict the life of the devil. According to Nick, the creative process of the 17 figures was born at the height of the pandemic, from the year 2020 up to this year. “I want to do devil because I like red. And I like the color red glaze. Eventually, I decided to make the life story of the devil. For me, personally, it speaks into something about the idea of forgiveness or the need to be forgiven. It’s a very personal work for me.”

The exhibition at the Sara Hildén Art Museum has been made opened last September 18 and will run until January 15 next year.