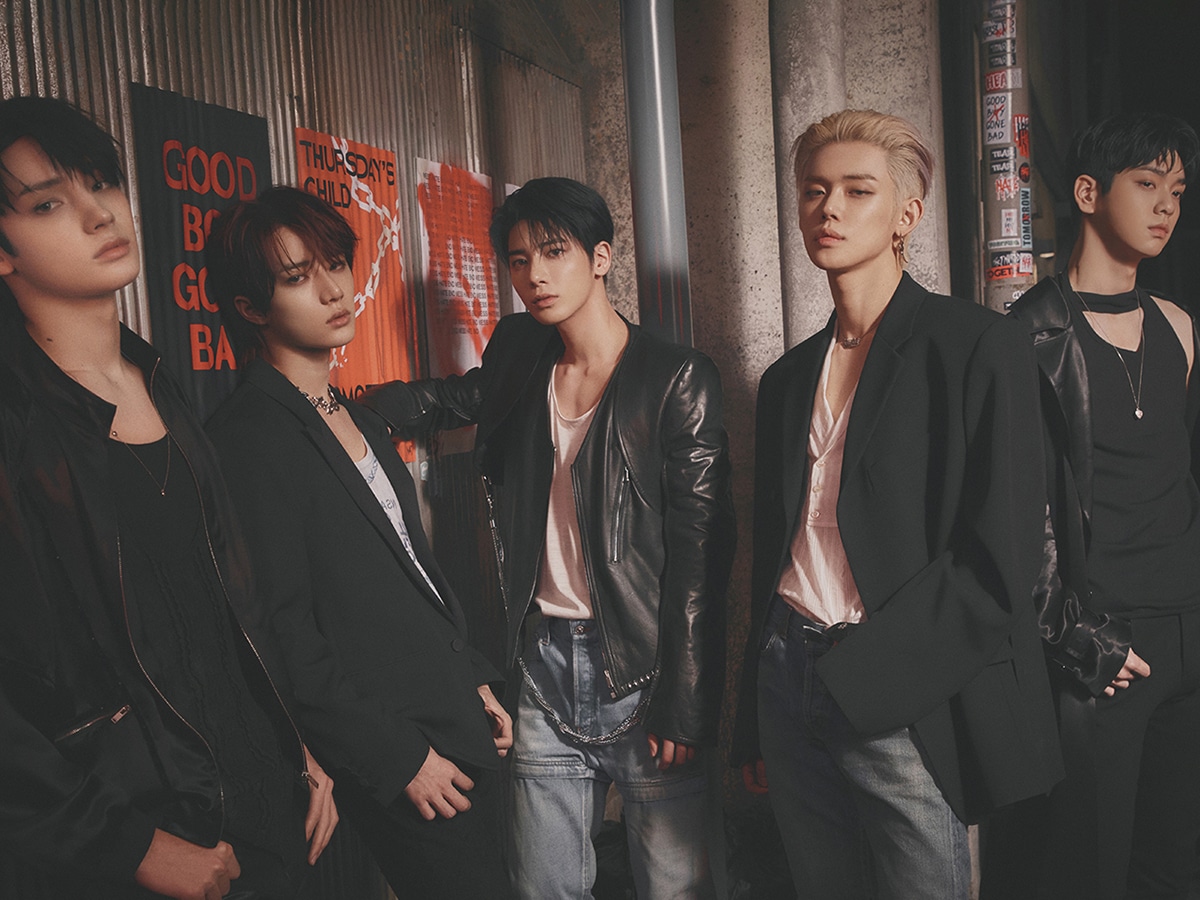 Listen: Spotify and TOMORROW X TOGETHER to Release Enhanced Album This May 9!

Good news to MOA and all Spotify listeners! The worldÆs most popular audio streaming platform has finally announced the release of an Enhanced Album with todayÆs ōitö boys, TOMORROW X TOGETHER. To celebrate the release of the groupÆs new EP, this coming May 9, the exclusive album titled ōTomorrow X Together presents minisode 2: ThursdayÆs Child, the Enhanced Albumö will be available to all listeners worldwide.

TOMORROW X TOGETHERÆs Enhanced Album is packed with a new multimedia playlist experience, consisting of clips, vertical videos, audio liners (yes, spoken word audio content!), Canvases (bespoke 8-second video loops on every song), and Storylines (made from personal written commentary on each track). On top of that, it also features videos of the group members ¢ Yeonjun, Soobin, Beomgyu, Taehyun, and Huening Kai ¢ sharing their fun memories of the creative process of making the album.

This Enhanced Album presented by Spotify will enliven the three key concepts ¢ Hate, End, and Mess ¢ of the highly anticipated album, which comes in a mix of hardcore rock, hip-hop with rock sounds, R&B, and euphonious songs.

SpotifyÆs Enhanced Albums is the actualization of the streaming platformÆs goal of creating global listeners everywhere. Through the Enhanced Albums, artists can get closer to their fans and listeners by allowing them to creatively deliver new information about their artwork, their background as artists, exclusive song content, and the inspirations behind the songs that they share with the bigger audience.

Through SpotifyÆs Enhanced Albums, fans of TXT can better experience the groupÆs long-awaited five-track album ¢ by creatively narrating the story of the boy who fell in love in the previous æThe Chaos ChapterÆ album series and his experience of heartbreak from his first love, including the complex emotions that he had to go through.

TXTÆs leader Soobin shared how thrilled that group is to present their new and immersive content, as well as their new EP, to their fans and Spotify listeners. With the tremendous efforts that they have put into making their new album and with the collaboration that they have made with Spotify, TOMORROW X TOGETHER, they hope that MOA will enjoy the special behind-the-scenes and feel a deeper connection by taking a journey through their exclusive and personally curated content that will be available only on Spotify.

HYBE spokesperson expressed how grateful they are to Spotify for supporting various artists worldwide in bringing their creative vision to life. They plan to continue collaborating with Spotify in producing innovative content to help and motivate their artists to reach more music lovers around the world.

As one of the most globally impactful K-pop groups on Spotify ¢ with over 7.4 million monthly listeners stream ¢ Spotify spokesperson shared how happy they are to release TOMORROW X TOGETHERÆs Enhanced Album. TNTÆs tracks, which include CROWN, 0X1=LOVESONG (I Know I Love You) feat. Seori, Blue Hour, Anti-Romantic, 9 and Three Quarters (Run Away), currently rank as the fifth most streamed tracks globally ¢ with listeners mostly coming from the US, Indonesia, the Philippines, and Mexico in the past 28 days.

Get Ready to Listen to TOMORROW X TOGETHERÆs Enhanced Album!

MOA and Spotify users can already access the playlist æTOMORROW X TOGETHERÆs presenting minisode 2: ThursdayÆs Child, the Enhanced AlbumÆ starting May 2, 2022. The Enhanced Album and the groupÆs EP will be available on May 9, 2022, at 6 pm KST (4 am US ET). Also catch SpotifyÆs promotion of TOMORROW X TOGETHER on billboards in different cities, including New York and Seoul to celebrate this release.