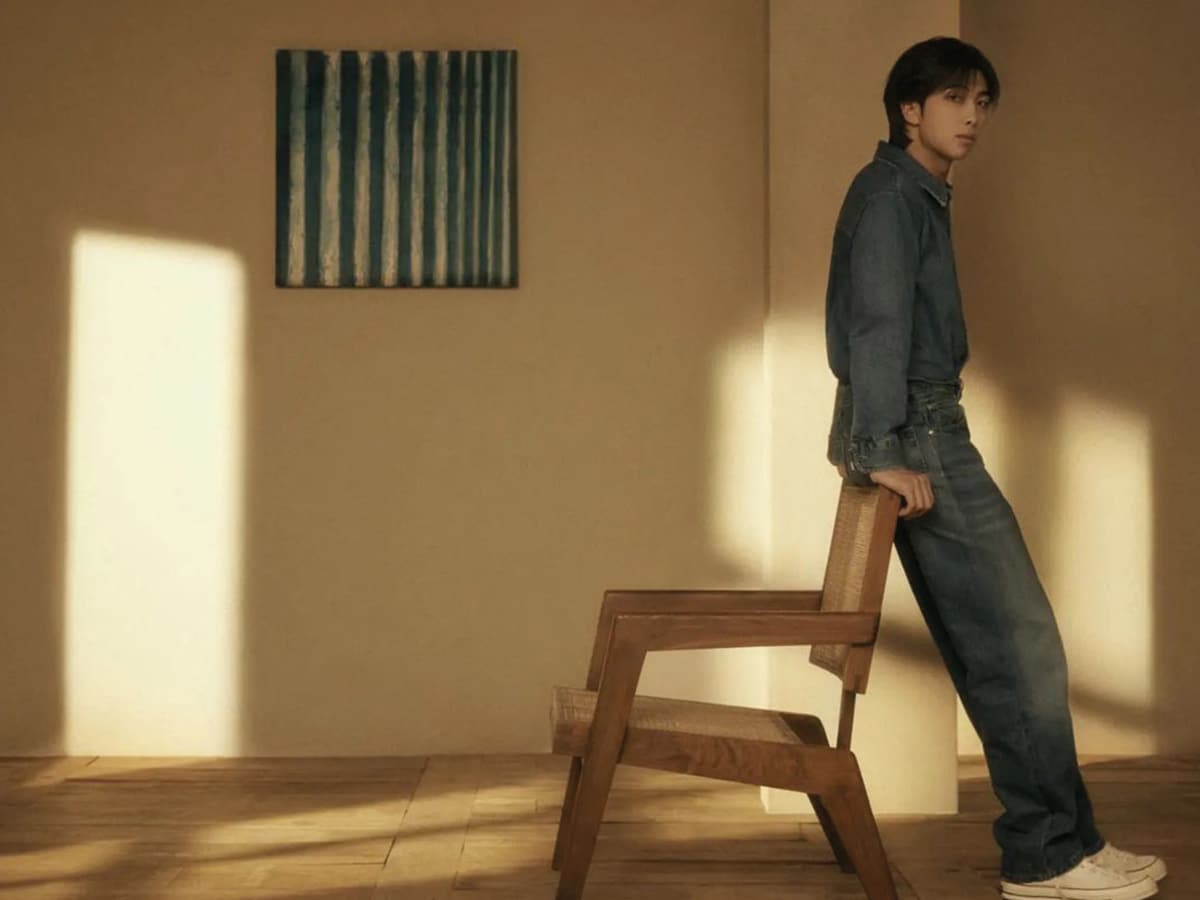 Along with his solo debut, RM also releases a beautiful music video for Wild Flower, a track he made with youjeen, where he opens up about being lost and exhausted following the successes they have achieved as a phenomenal boy group.

After the groundbreaking feat of J-Hope’s Jack in the Box, RM becomes the second member of the global group BTS to release a solo album this year. As expressed multiple times by the group’s leader, this album contains all his deepest sentiments in what he termed “the last archive of his twenties.”

As BIGHIT Music puts it, RM’s album delivers his candid thoughts and feelings by showcasing a rather wide range of music through collaborations with various artists. In fact, all but two tracks on Indigo featured appearances by artists and performers from America and South Korea. Such colorful collaborations bring a ramp of R&B and hip-hop fans into a wonderful jive of colors from pop to rock, combined with the signature style of BTS records.

RM’s Indigo album is composed of 10 songs that he worked on together with this generation’s most admired artists, including Erykah Badu, Anderson .Paak, Tablo, Kim Sawol, Colde, Paul Blanco, Mahalia, youjeen, and parkjiyoon. To fully immerse into the overall feels of the album, RM requested fans and music lovers to listen to the album in order.

Indigo opens with RM’s most awaited collaboration with Erykah Badu on the nostalgic and smooth R&B beat of Yun. The song is followed by a bouncy track he made with Anderson .Paak titled Still Life then sequentially trailed by All Day (with Tablo), Forg_tful (with Kim Sawol), Closer (with Paul Blanco, Mahalia), Change pt.2, Lonely, Hectic (with Colde), Wild Flower (with youjeen), and No.2 (with parkjiyoon).

Alongside the release of the Indigo album, RM also dropped the cinematic music video for Wild Flower, in which he collaborated with Cherry Filter’s beloved rock band vocalist, Cho Youjeen. The sweeping ballad bares all honesty the feelings that were left unsaid and undiscussed through the years, as expressed through its translated lyrics: “When everything I believed in grew distant/ When all this fame turned into shackles/ Please take my desire away from me/ No matter what it takes/ Oh, let me be myself// I do wish me a lovely night/ Over my status is an oversized life/ Desperately holding onto a balloon drifting by/ I ask where you could be right now/ Where you go, where’s your soul/ Yo, where’s your dream?”

RM personally describes Indigo as a documentation of his youth in the moment of independent phase, a sun-bleached record faded like old jeans and an archive of his twenties. As a matter of fact, in an interview, RM revealed that the artists featured in the album were the “stars in my youth”—whose music he has frequented whenever he is having a hard time.

While Indigo is the BTS rapper and producer’s first solo album, RM is also best remembered for the two mixtapes he released in the past, which include RM in 2015 and mono in 2018.

RM, who’s also known as Kim Namjoon, is not only known for his powerful stage presence and rapping supremacy, but he’s also noted for his moving song compositions. In fact, he is the creative mind and soul behind many of BTS’s hit songs in the group’s extensive discography.As of this year, RM is the third member of the sensational South Korean boy group to have released a solo project, following J-hope’s Jack in the Box and Jin’s recently released The Astronaut single, which was co-written by Coldplay.