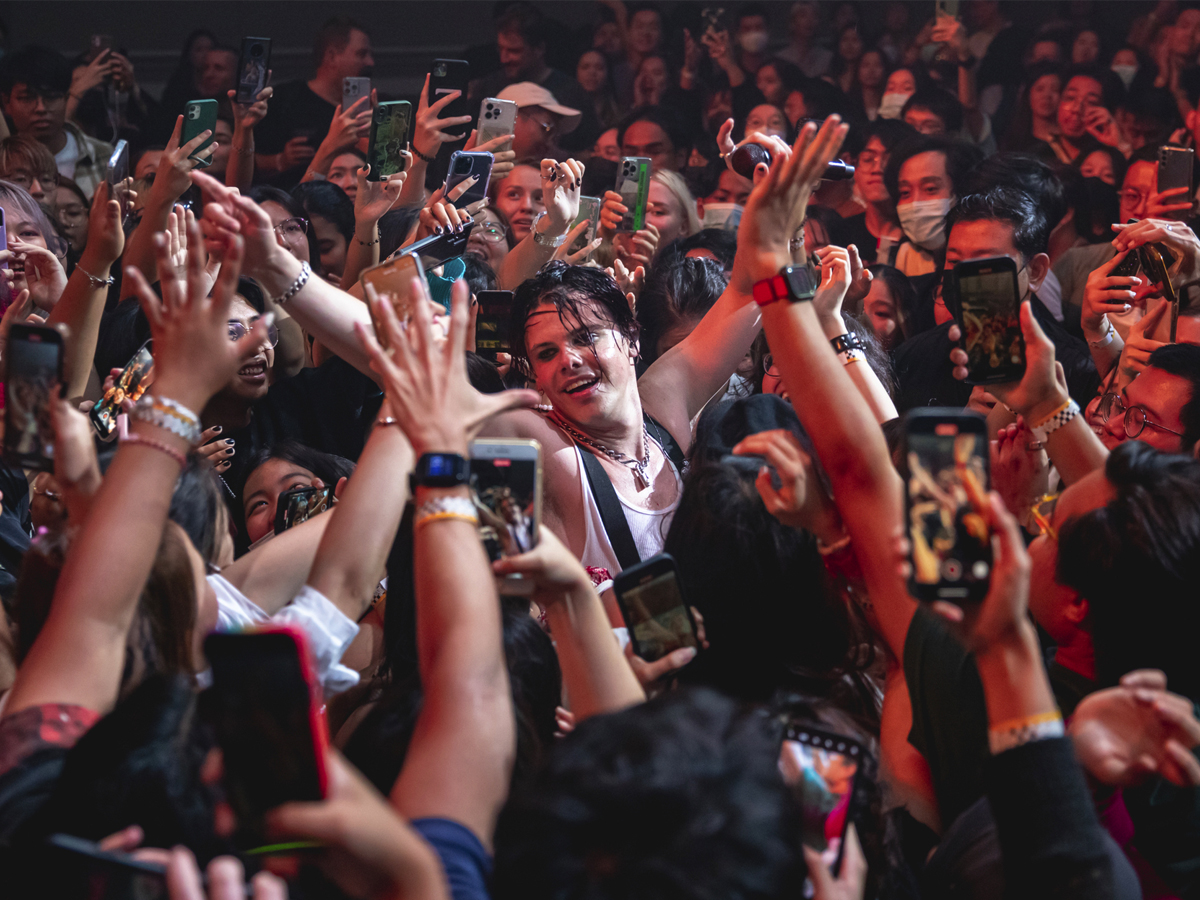 It’s Back: Music is Universal Carves Out a Night to Remember with YUNGBLUD, Hayd, Zack Tabudlo, and More

For its second installment, Music is Universal came up with a distinctive lineup of performers that Singaporeans have been anticipating to grace the stage.

With events getting back to normal, the month of September has been totally packed with both local and international activities in Singapore. Last September 27, the Capitol Theater sprang to life with the exuberance of fans eagerly waiting for their beloved artists to perform on stage.

Attended by more than 1,500 music lovers, Music is Universal featured a galvanizing eclectic lineup that showcased the enormity of sounds – from YUNGBLUD’s enthralling brand of rock to Violette’s signature ethereal pop plus the epic performance of five artists around the globe and Southeast Asia.

Headlining the Music is Universal event, YUNGBLUD shared: “I thought the F1 race was this weekend but the screaming fans were louder than any engine that will be on the racetrack. Who would have predicted that an iconic concert hall in Singapore would be able to witness a mosh pit and this is one for the history books. Singaporeans are crazy and full of energy!”

Captivating the audience with their high-powered performance, YUNGBLUD and his band made a 45-minute set with a crescendo of energy. While his fans, more affectionately known as Black Hearts Club, rocked to the timeless Parents and Fleabag favorites, new hits in his latest self-titled album YUNGBLUD, like Tissues and The Funeral also made a great impact as they altogether hit the high notes and accented through the chorus in an overflowing catchy pop enthusiasm while carrying the energy of rock on his shimmying shoulders.

As an opener, YUNGBLUD shared the stage with Michigan-born multitalented singer-songwriter Hayd. With his Head in the Clouds performance, Hayd’s confessional lyricism reminded the audience once again why he went viral by opening the floodgates of emotions. Unable to contain his excitement with Singapore’s support and love, he revealed that he will also be making pitstops in Viet Nam, the Philippines, and Thailand. He admitted to having been taken down to memory lane as he reminisced the days when he was back producing music in his bedroom and now… he is already engaging live with his fans situated miles and miles away from where he started.

As per Hayd, “Sometimes, sad sounds can be the perfect fire starter to evoke intense emotions within you at a festival setting. Personally, I have always found it assuaging that my music threaded through social media to offer fans an emotional blanket. However, after seeing the crowd humming along sadly but harmoniously to the songs in a live setting, it turned my eyes red and puffy instead.”

As the wave of melancholy started to surface, pop record artist, lullaboy saturated the air with love and serenity. With his charm, he brought the crowd into a rollercoaster of emotional bliss as he sang his latest release, Shortcut to Heaven. The ever-flowing charisma of lullaboy captivated the audience all through the performance. With his lush and expansive discography of Someone like u and Personal, lullaboy became the cupid who sent everyone into a haven to experience the aural beauty of what it is like to fall in love.

According to lullaboy, “It’s amazing to see couples waltzing from one song to another, and it felt like I was watching multiple fairy tales from stage. Sometimes all you need is someone to be around you to be able to experience romance’s fleeting wonders in the air.”

Meanwhile, smoke and glitters took over as pop extraordinaire, Violette Wautier, beguiled the audience with her sublime and airy vocals with I’d Do It Again and Brassac. What brought the audience a surprise is her amazing ability to imitate bird noises. Totally uncanny!

Violette said that the Capitol Theatre is a huge venue but it felt extremely intimate at the same time. “I could feel everyone’s warm gaze as the show went on and the night could have gone on forever.”

Lastly, all eyes were set on the fast-rising Filipino alt-pop and R&B artist, Zack Tabudlo, who has made great waves in Spotify’s Global Radar with 1.1B global streams. Throngs of Zackified fans showed their unwavering support to the phenomenal crooner who made great hits such as Binibini, Paano, and Give Me Your Forever. Zack also welcomed on stage the Malaysian rapper Yonnyboii, who made a mid-set surprise performance of their unreleased collab First and Last.

“It felt surreal to see fans in Singapore singing along to the songs that are so close to my heart. I learned this term recently that Singapore is quite a rojak, and they love to mix all things beautiful for their food. I guess the same can be said about the music tonight too – as we saw how five artists from five different countries sang in many different languages but the energy from the crowd to everyone was immense and beautiful. Singapore feels like home now and I can’t wait to return again.”

Music is Universal is an exclusive invite-only event made possible by Universal Music Singapore and its partners.