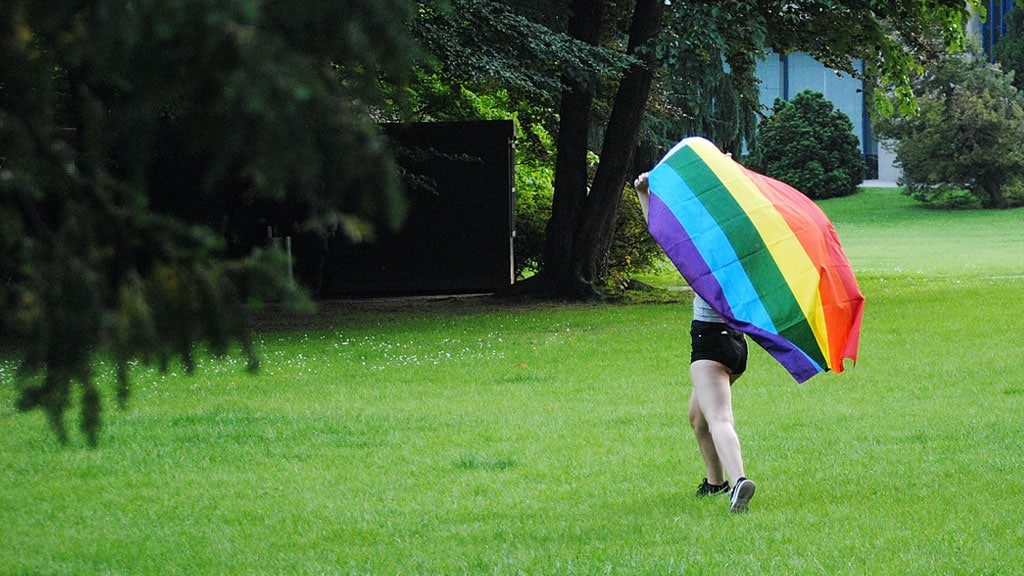 How people across the world celebrate PRIDE while staying safe at home.

June is the month where LGBTQ community and allies usually gather together in the streets to celebrate the history, progress, and impact they’ve had on the world. It’s most commonly known as PRIDE month. Every year during the month of June, the Pride parade is held all over the world to celebrate the freedom to be themselves.

This year is supposed to be an event of history as it marks the 50th Anniversary of the first-ever Pride March. However, the Covid-19 Pandemic has led to the devastating cancellation of one event after another, and PRIDE events have not been immune. Due to the global Pandemic, June of 2020 is looking much different.

Despite hardships in holding up a huge event this year, PRIDE organizers have pivoted to virtual platforms. As the whole community is still persistent and dedicated to the cause, actions and plans were announced on how to participate and still be involved.

Pride event is traditionally scheduled in June in remembrance of the Stonewall Riots in 1969. The said occurrence was seen as the beginning of the LGBTQ rights movement. It all started with the arduous history of minority groups who have struggled for decades to overcome prejudice and be accepted for who they are.

June 28, 1969 ñ police officers raided the Stonewall Inn, a gay bar in New York’s Greenwich Village. The Stonewall Inn was known to have served as a haven for the city’s gay, lesbian and transgender community during that time. The riot started when Police began dragging customers outside. It was the first time when LGBT customers started resisting, tension quickly escalated, and that was believed to be the spark of the uprising.

The Stonewall incident was the beginning and turning point that helped the LGBT community fight back against oppression and inequality. Because of the resistance, different groups formed and organized that rallied the community on specific issues that helped move the needle. From then, it became a catalyst for an emerging gay rights movement.

Different organizations held protests airing their voices against inequality, met with political leaders demanding for those voices to be heard. A year after the Stonewall riots, the nation’s first Gay Pride marches were held. The movement has been building year after year until today.

In 2016 during Barrack Obama’s Presidency, the Stonewall Inn area, still a popular nightspot today, was designated a national monument.

PRIDE During the Pandemic.

As this has been a successful event from the previous years were millions have participated globally, it would be challenging to do it this year. Actions to celebrate and support have to change dramatically as social distancing is being strictly taken in place for safety purposes.

Pride organizations around the globe who have had to cancel or postpone Pride march have redirected to the online broadcasting event instead. It is to come up with a virtual event streaming live on YouTube and other social media platforms. Organizers and producers are expecting around 300 million viewers across the world to participate and tune in.

How people across the world celebrate PRIDE while staying safe at home.

Given the challenging situation, LGBTQ community and its allies have found ways to celebrate the freedom to be themselves, who they are, and who they love. It’s the first time in the history of PRIDE for it to be celebrated by not marching in the streets. People in the community have been observed to have done the following since the start of June to still celebrate despite being locked down at home.

1. PRIDE flags are being shown off outside houses, buildings, establishments, businesses across the world. Raising and waving flags is believed to be a symbol of acceptance, equality, and freedom to express who you are and choose who you want to love.

2. LGBTQ members’ stories and voices are seen and heard in all forms of social media. This move reaches out to many people to inform and educate. Also, to continue reminding everyone of the ongoing battle that the community is facing against discrimination.

3. Others have shared personal stories filming themselves, or have produced a documentary about the history of PRIDE. Showcasing all that’s been achieved and also things that are still yet to be accomplished in terms of equal rights and freedom. Members of the community telling their own personal stories about coming out. It also includes challenges they have gone through and the impact of not being accepted by their family and society. Putting this to all possible mediums that will reach people is one of the most effective ways to celebrate the essence of PRIDE and be part of the community.

4. LGBTQ members and allies have also shown their support to small local businesses owned and supported by LGBTQ PRIDE members. Patronizing these establishments and teaching people how it’s essential to have a sense of respect regardless of their preferences in the community.

5. Besides marching on the streets to celebrate freedom, part of the PRIDE event is to stand for solidarity and support a particular cause for equality. One must not forget that it all started from the uprising when certain rights were given equally (like same-sex marriage) to the LGBQT community. People may not have gathered and marched on the street this year, but others have signed petitions and donated to LGBTQ Charities and organizations that aim to further the cause.

Amidst the ordeal caused by Covid-19, gathering, and traveling are not options for many. But that should not hinder the goal and true essence of Pride, which is to remind community members and allies that they are not alone, but part of a more significant push for equality, to further promote causes and raise voices to L.G.B.T.Q. people and other marginalized groups. Below are the following events you can tune in where you don’t have to go outside your houses.

There are a lot ways and opportunities to celebrate, show support, observe, and be informed about the PRIDE month. Things that are done across the world, even with the greatest challenge of having a global Pandemic.