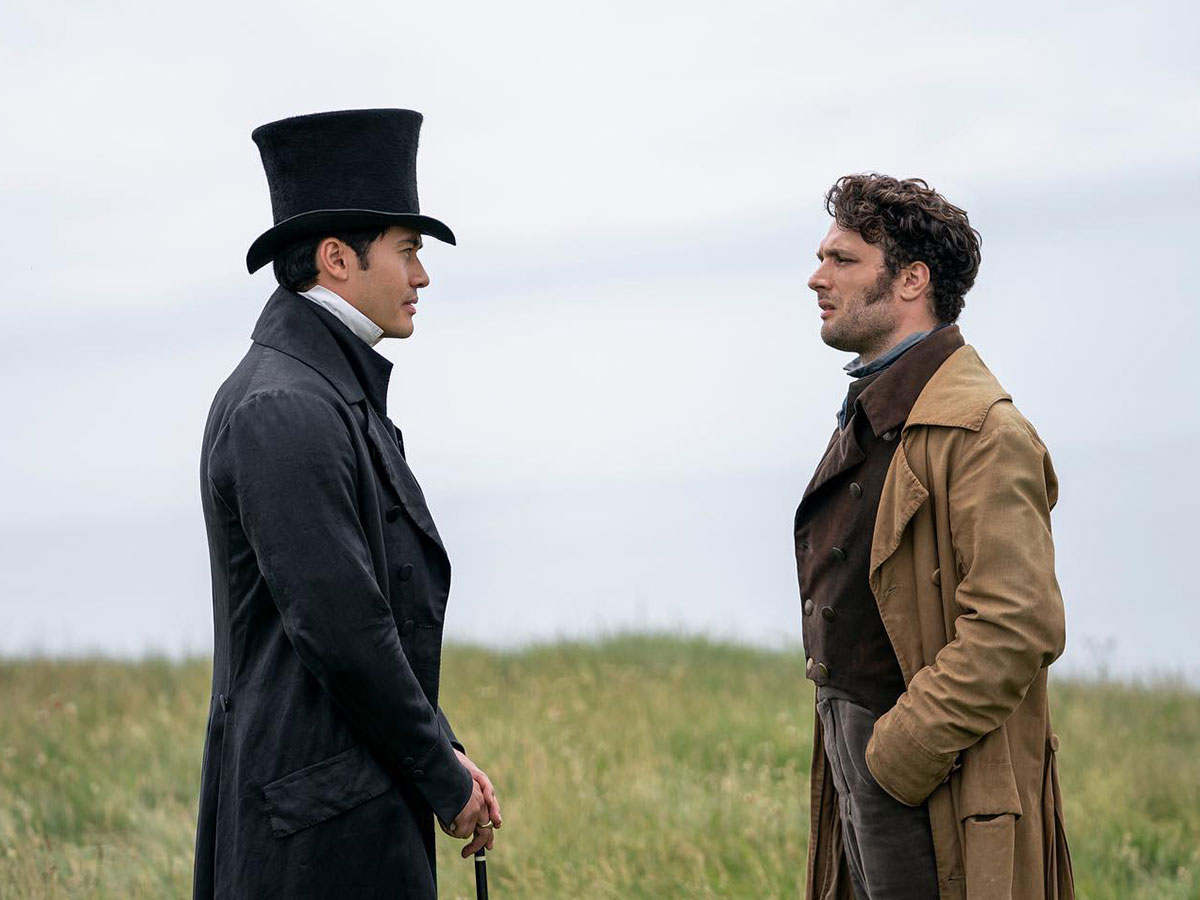 Fans are getting all obsessed with the new photos shared by the Malaysian-British actor Henry Golding who’s portraying the role of Mr. Elliot in the Regency-era drama authored by the English novelist, Jane Austen. In this Netflix adaptation, he joins Fifty Shades of Grey actress Dakota Johnson in the modern version of the classic story which was first published in the 1800s.

Netflix recently released a new set of images of the star-studded film which is slated to be released on July 15, 2022. In photos, Golding seemed true to his role as the vain aristocrat, Mr. Elliot, in his silk cravat, fine tailcoat, and top hat ensemble. He captions his post with: “Oh hello Wentworth. It is I, Mr. ElliotÖ” It was then followed by the list of lead casts, movie title, name of the director, and the date when the movie is expected to roll out.

Directed by Carrie Cracknell (Sea Wall/ A Life), the film adaptation of Jane Austen’s novel remains faithful to the plot of the story ñ which narrates the exploits of unmarried Anne Elliot (portrayed by Dakota Johnson) and her snobby family as they try to cope with their dwindling finances.

Based on the novel, Anne Elliot is a protagonist known for her unconformity and being quite an intellectual with modern sensibilities. She is best characterized by her maturity and dissatisfaction with society ñ that’s why she has always regretted turning down the proposal of Captain Frederick Wentworth (Cosmo Jarvis) after being persuaded to refuse him by her aunt. However, when Frederick comes back into her life, she is torn between leaving the past behind or listening to the beating of her heart when it comes to second chances.

Among others, Persuasion is one of Netflix’s women-led projects that also put much emphasis on racial diversity and inclusivity of casts ñ to cater to a wide range of viewers and hopefully achieve the same success such of the renowned Regency-era series, Bridgerton. Asian descent actor, Golding, took this opportunity to play against the stereotype, given that most roles in many Jane Austen films are given to their white counterparts.

Despite the success of the 2018 American romantic-comedy drama Crazy Rich Asians and other films that Golding led, he was not cast as the love interest of Dakota Johnson. Instead, in this movie, he takes the aristocratic role of Mr. William Elliot ñ the distant cousin of Anne Elliot, presumably from Anne’s father’s side. Like many classic Austen foils, Golding’s role is cold and scheming in order to get his way into inheriting the Elliot title and property.

Persuasion: About the Casts and Film Crew

Cosmo Jarvis ñ who is best known for his portrayal in the 2016’s Lady Macbeth and Barney of the Peaky Blinders ñ earned the leading role as Anne Elliot’s love interest, Captain Frederick Wentworth.

Persuasion is Carrie Cracknell’s feature directional debut after the success of Sea Wall/A Life on Broadway last year which brought Jake Gyllenhaal and Tom Sturridge to Tony Nominations. Along with her, Andrew Lazar (American Sniper) and Christina Weiss Lurie (Bruised) produced the film with EP Elizabeth Cantillon and EPs Michael Constable and David Fliegel serving as executive producers. Oscar-winner, Ron Bass (Rain Man) worked together with Alice Victoria Winslow (My Best Friend’s Wedding) for the script of the film.

Jane Austen fans are already rejoicing upon this great news. After the success ofÝEmma,ÝPersuasionÝis set to further flourish the Austen canon. With the final work completed and getting ready to be released this July 15, Regent-era fans can finally take a break from rewatchingÝBridgertonÝandÝPride and PrejudiceÝover and over again. Are you excited about this adaptation as well?