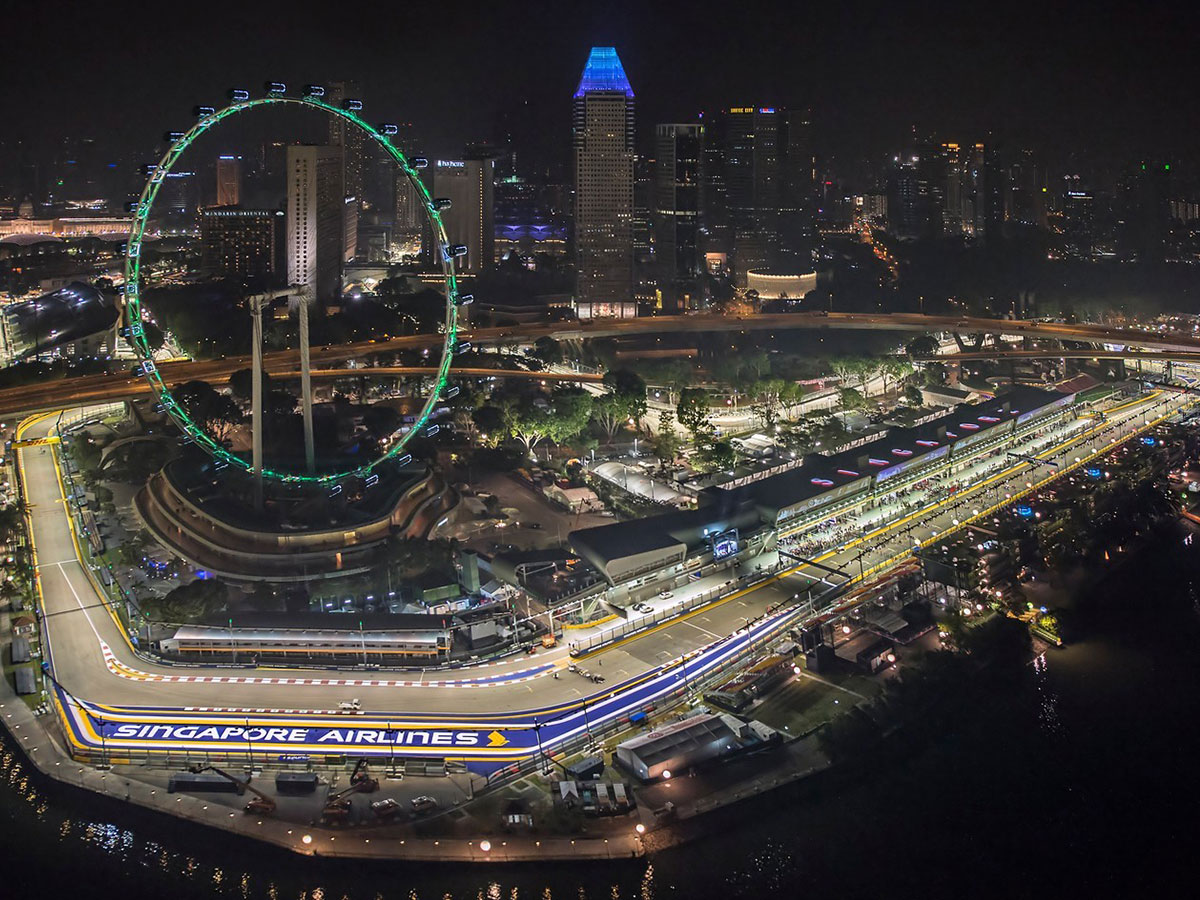 Formula 1 Singapore Grand Prix is Back this 2022! HereÆs How to Secure Your Tickets

Tickets for the most-awaited Formula 1 Singapore Grand Prix will finally be made available this April 13!

The organizers of Singapore Grand Prix green lights the selling of the most coveted tickets for this yearÆs Formula 1 three-day grandstand, which is set to take place at the Marina Bay Street Circuit this coming September 30 to October 2. Starting April 13 at 10am, tickets will be made available for public sale at S$298 to S$1,288 with combination packages ranging from S$698 to S$1,088.

Making it more accessible to everyone, the grand event also offers single-day tickets priced at S$38 (Friday), S$88 (Saturday), and S$128 (Sunday) to people in wheelchairs, along with their companions.

Early this year, Singapore signed a contract to host the Formula 1 Grand Prix for another seven years. This is after two years of hiatus because of the prevailing restrictions for live events brought about by the COVID-19 pandemic. To date, this is the fourth contract renewal of Singapore, with a seven-year extension noted as the longest.

The country decided to continue hosting the F1 race for another seven years after evaluating the numerous benefits it could bring to Singapore. This kind of large-scale international sporting event is viewed as an opportunity to sustain SingaporeÆs reputation as a global city with a vibrant lifestyle thereby helping generate business revenue, create jobs for Singaporeans, and encourage more international tourists to consider Singapore as their destination.

Likewise, according to the Singapore Grand Prix, the said event will also allow fans to experience the thrill of the race action, as well as the off-track entertainment from all parts of the Circuit Park throughout the race weekend.

During the last Singapore Grand Prix held in September 2019, FerrariÆs Sebastian Vettel took the checkered flag ahead of teammate Charles Leclerc. This year, with the competition getting more exciting with the impressive performances of Red Bull RacingÆs Max Verstappen and FerrariÆs Charles Leclerc, the 17th edition of Formula 1 championships would surely be a treat to fans.

The 5.063-km-long track will also be hosting the world-renowned AlphaTauriÆs Yuki Tsunoda, HaasÆ Mick Schumacher, Alfa RomeroÆs Zhou Guanyu, and WilliamsÆ Nicholas Latifi ¢ all of them racing in Singapore for the first time.

Aside from these thrilling races, the event is also most anticipated because of the unforgettable performances made by iconic personalities in the entertainment industry. The complete lineup of international entertainers who will perform for the Formula 1 Singapore Grand Prix event is said to be unveiled in the upcoming weeks. It can be recalled that award-winning performers like Dua Lupa, Ariana Grande, BIGBANG, Adam Lambert, Linkin Park, The Killers, Ariana Grande, Queen, and so on have previously graced the event.

How to Secure Tickets for Formula 1 Singapore Grand Prix

Singapore GP is currently working hand-in-hand with the government of Singapore to ensure that the event would be following all prevailing health and safety protocols, especially since a lot of fans have been waiting for this comeback.

Tickets for the Formula 1 Singapore Grand Prix will be made available starting April 13 at 10 am. To purchase, visit the official website of Singapore GP or call the ticketing hotline (+65 6229 7777). These are also available on authorized ticketing partners.