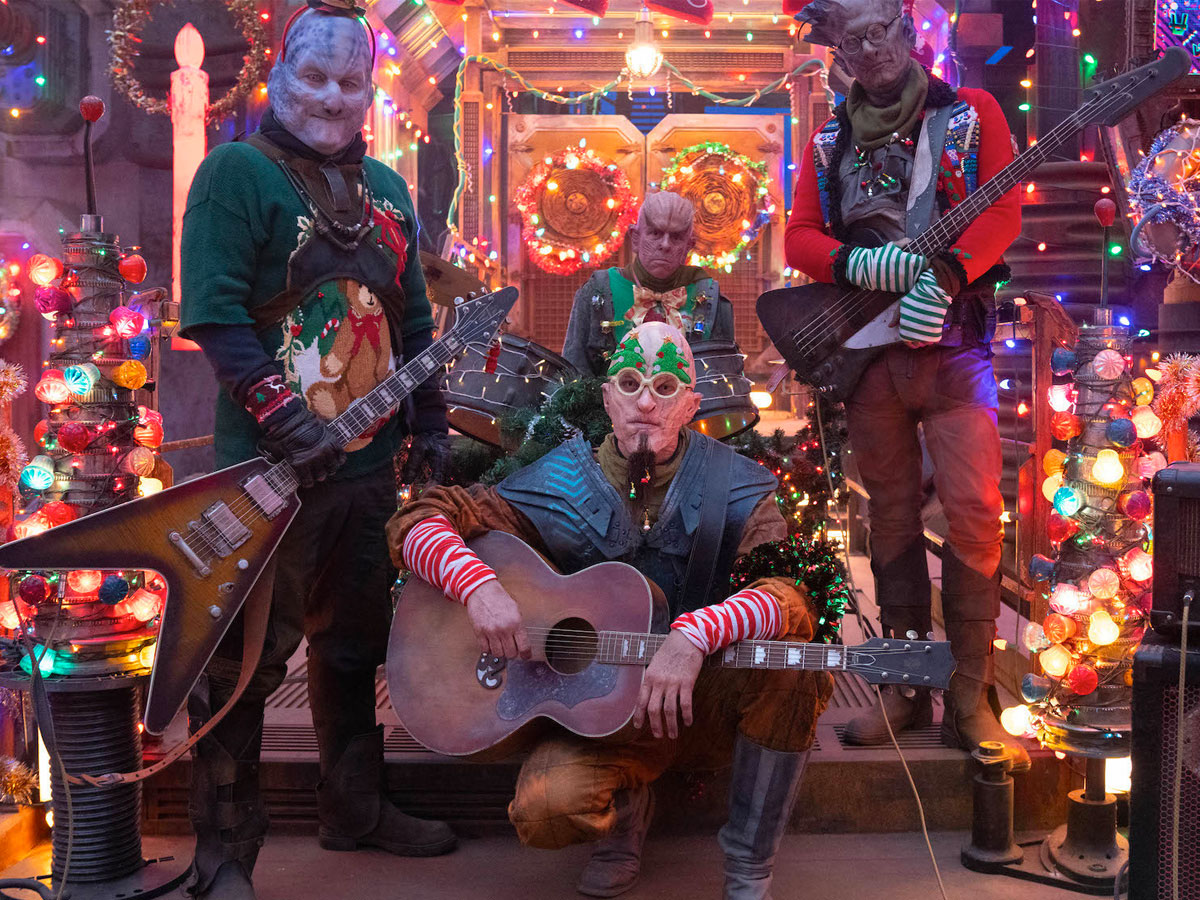 It’s streaming season once again! Time to deck the halls, grab that delicious Christmas feast, gather around with your friends and family members, and put on some new Disney+ shows for you to totally enjoy the holiday spirit.

Yes, Disney+ has you covered. With the holiday gems that they’ve curated just for you, you can certainly enjoy the holiday season and make lasting memories in between laughs and silly conversations with your loved ones. Watching these holiday movies and shows will once again bring out the child in you—allowing you to feel the magic of the season.

Need help navigating through the wonderful shows found in Disney+? Here are the series and movies that will help you get into the holiday spirit.

Disney+ brings you the front-row seat of the electrifying three-hour concert event—in one of the greatest send-offs ever made—to none other than the legend himself, Elton John. As part of his Farewell Yellow Brick Road Tour, the superstar plays his final North American Show at the Dodger Stadium, alongside today’s hitmakers, including GRAMMY-winning artists Dua Lipa, Kiki Dee, and Brandi Carlile. On stage, he made duet performances of Cold Heart, Don’t Go Breaking My Heart, and Don’t Let the Sun Go Down on Me, respectively.

Hosted by the incomparable Tituss Burgess, this festive holiday special features teams in a spirited competition to show off their snow-carving skills—all against the backdrop of a picturesque snowy village. Don’t miss this opportunity to experience an unforgettable winter with spectacular snow sculptures, lively musical performances from DCapella, and a special guest, Kermit the Frog!

Can you imagine a pop culture icon cross-over of The Simpsons with the legendary Opera virtuoso Andrea Bocelli? We can’t do it either. But surely, it would be interesting to find out in this holiday special, where Homer Simpson gifts his wife Marge the ultimate Christmas gift in the form of a performance by none other than Bocelli himself, who’s also joined by his two children!

Want to perk up your Christmas? Join the Guardians as they go on a mission to make Christmas unforgettable for Peter Quill. To cheer him up after the events that happened following Avengers: Endgame, the Guardians head to Earth in search of a perfect Christmas present for Quill. But as always, what can you expect from them? Nothing but chaos, hijinks, and well, the memorable experience probably. Will this be the most memorable Christmas for Quill? Add this to your holiday watch list to find out!

Join the legend, David Beckham, as he makes a comeback to his team, where it all began for him as a boy, the Echo Premier League. With nothing but successive failures all season, the threat of being relegated from the league looms large on the horizon. Gather around and cheer for David as he tries to save the squad! Will he be successful? That’s for you to find out.

The superstar acapella group Pentatonix needs a little inspiration for their annual holiday album. After getting locked in a mystical mailroom, a little Disney magic sends them on a whirlwind tour around the world, where they get to discover the different holiday traditions and inspiration from Pentatonix fans across the globe! And guess how this ends? Well, the journey eventually leads the group to realize that “wherever we find ourselves, it is a small world, after all!”  ’

The most awaited sequel to George Lucas’s 1988 fantasy adventure Willow is here! Yes, brace yourself for the magical world of brownies, sorcerers, trolls, and other mythical creatures. Many years after rescuing the infant empress Elora Danan, the Nelwyn sorcerer returns and leads a group of misfit heroes as they set off on a dangerous quest to a world beyond imagination.

Together, they have to face their inner demons and work together to save the world. Join Jonathan Kasdan, Ron Howard, Wendy Mericle, Kathleen Kennedy, and Warwick Davis in his titular role as they go on exciting quests.

We wish you nothing but a merry Christmas. Hence, make sure to add these Disney+ shows to feel the joy of the holiday season. Make sure to tag along with your friends and family members as you watch these shows. Enjoy!