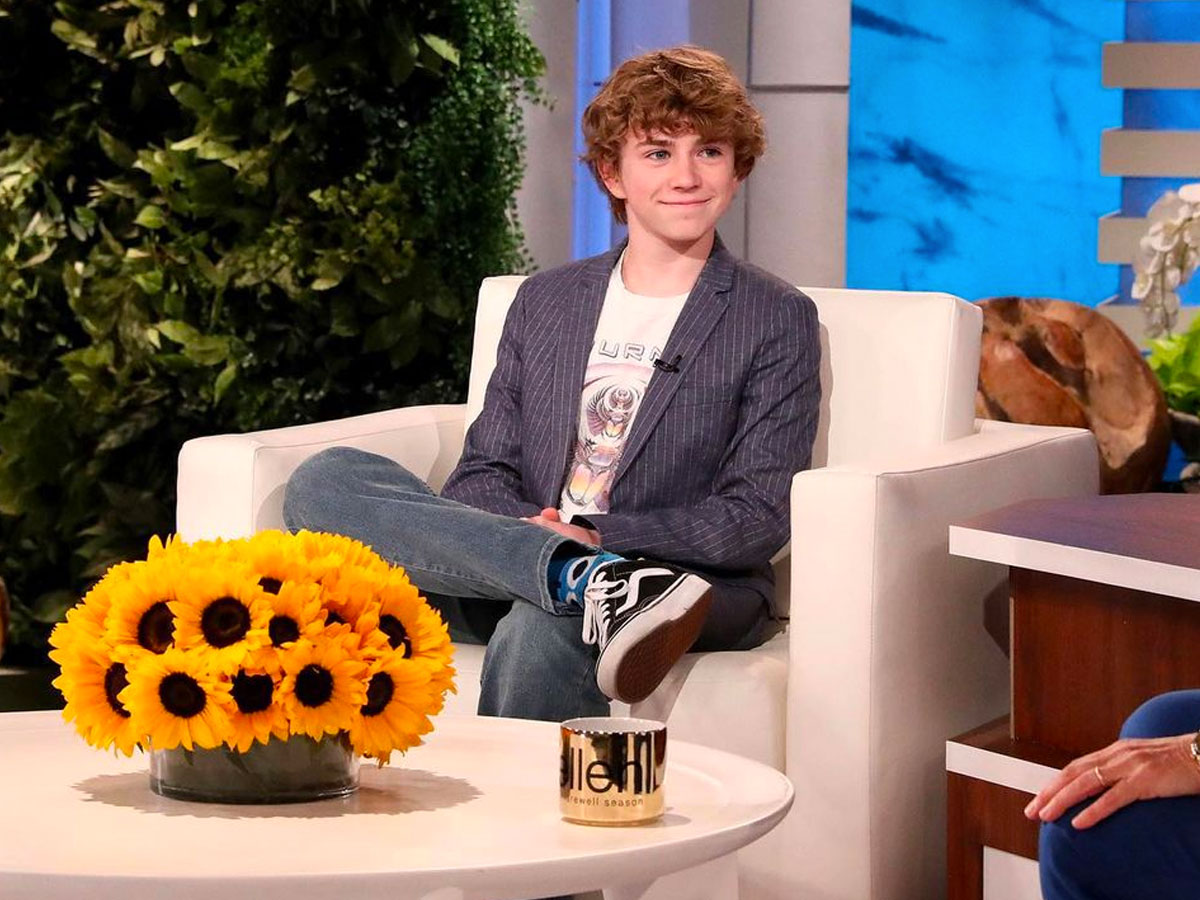 Author Rick Riordan officially introduced Walker Scobell as Percy Jackson to Camp Half-Blood. The Netflix breakout star has been cast as the titular demigod in the upcoming Disney+ series.

The Adam Project star Walker Scobell, who burst onto screen as the 12-year-old version of Ryan Reynolds, now takes the lead role in the upcoming Disney+ series, Percy Jackson and the Olympians. The best-selling author Rick Riordan made such an announcement on his website and praised Scobell ¢ describing him as an incredibly talented young man who blew them away with his audition tapes.

While diehard fans of the novel werenÆt that enthused by the key changes made in the adaptation, Rick Riordan has been very much involved in the writing of the pilot episode alongside Jon Steinberg who wrote and produced Black Sails and the FX drama The Old Man.

DisneyÆs Percy Jackson and the Olympians will be directed by James Bobin of The Muppets and The Mysterious Benedict Society and will be produced by Steinberg himself and Dan Shotz.

January this year, Riordan confirmed that a series adaptation of Percy Jackson and the Olympians is set to come to Disney+. On the 28th of the same month, the team broke the news to Scobell via Zoom that he would be playing the lead role. Scobell who is a super fan of the book series was even captured wearing a Camp Half-Blood T-shirt during the call.

The author shared that they were fortunate to audition Scobell before The Adam Project came out and the response of the audience towards his performance in the movie only confirmed the talent that they saw in him. ScobellÆs comedic timing, sweetness, rebelliousness, snark, and heroism perfectly embody the son of the Greek god Poseidon.

As described in the book, Percy is smart, compassionate, and has a great sense of humor. He is often seen as an outsider because of how society views his ADHD and dyslexia. Impulsive and quick to anger, he often finds himself getting into lots of trouble. Nonetheless, he is an affectionate son and a trusted friend whoÆs only trying to find his place in this world.

Riordan also revealed that the team is already very close to announcing the individuals who will be taking the roles of Annabeth and Grover which have been previously starred by Alexandra Daddario and Brandon T. Jackson. Scobell has already done numerous chemistry reads with their identified candidates and the team is already finalizing everything before making the final announcement.

The team is looking forward to finally getting to work full-time with the Scobells in Vancouver this summer. Knowing that Scobell is an avid skateboarder made the team even more excited to start working on swordplay and other heroic stunts like holding his breath underwater. With such a dedicated and enthusiastic community, Riordan shared that the enthusiasm building up for this project is getting too thick that one could cut it with a Celestial bronze sword ¢ pertaining to the powerful blade wielded by the Greek gods and their demigod offspring.

About Percy Jackson and the Olympians

Percy Jackson and the Olympians is a pentalogy book series that came to fame in the mid-2000s. The book series follows the story of Percy Jackson who found out that he is the son of the Greek god Poseidon ¢ making him a half-human, half-god.

Now rebooted as a TV series, the live-action of the beloved book series will then follow the life of the 12-year-old demigod whoÆs just coming to terms with his newfound supernatural powers. He is first sent to Camp Half-Blood where he gets to meet fellow demigods Annabeth Chase and Grover. After being accused of stealing the lightning bolt of the sky god, Zeus, they embark on adventures involving the gods of Olympus and other fantastical characters.