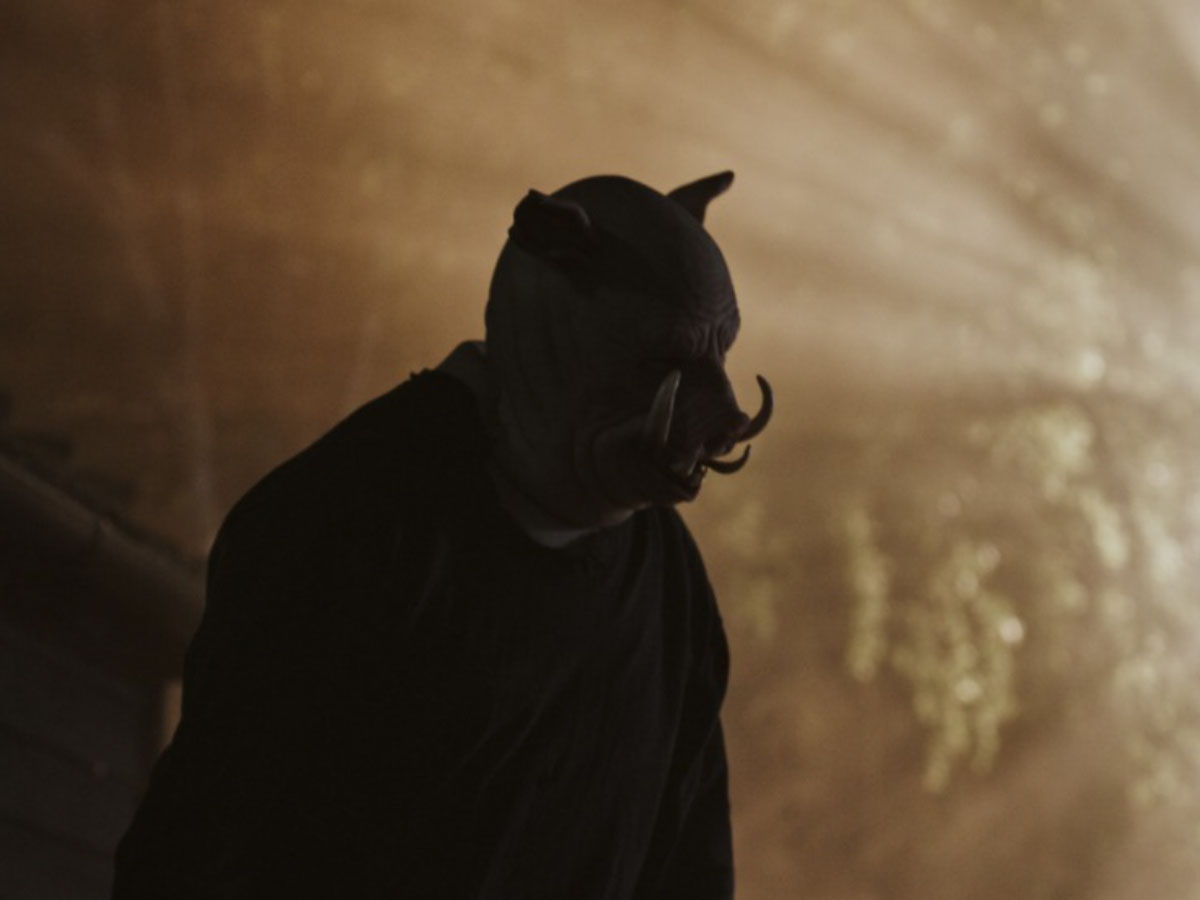 You will never look at Winnie-the-Pooh the same way ever again. The upcoming horror film ëWinnie-the-Pooh: Blood and Honeyí will totally ruin your childhood and transform your concept of Hundred Acre Wood into a nightmare.

The first official stills for the upcoming horror film, Winnie-the-Pooh: Blood and Honey, have been released and with it comes to a horrifying tale that will forever ruin the classic childhood favorite. In this new retelling of A.A. Milneís classic characters, Disneyís beloved animated incarnations of Pooh and Piglet have turned into homicidal characters going on a rampage.

The production of Winnie the Pooh: Blood and Honey wrapped earlier this month ñ and the response towards the stills theyíve released was ëabsolutely crazyí as described by the director, Rhys Waterfield. By presenting a rather demotic version of Pooh and Piglet, fans are now beginning to get serious about how else will the film take a creepier turn.

In case youíre wondering, the once Disney-owned Winnie-the-Pooh has now been under the public domain ever since January of this year. This means that the floodgates have opened and anybody is free to create their own adaptation of the character ñ as long as they donít infringe on Disneyís interpretation of them.

With this, the London-based independent film production company, Jagged Edge Productions, came in and produced a horror film titled, Winnie-the-Pooh: Blood and Honey, which is primarily based on the beloved character. According to the director, who also wrote and co-produced the film, Pooh and Piglet have reverted to their animalistic roots after having been left by Christopher Robin, whose already college-bound in the timeline of the filmís plot. Having been left on their own, life has become rather difficult for both Pooh and Piglet, who were forced to fend for themselves. As a result, they became untamed, like a vicious bear and pig going around and finding something (or someone) to prey on ñ including Eeyore.

While there is still a lot of room to think about the possible plot of this upcoming horror film, the first few images released by the production company are undeniably disturbing. Winnie-the-Pooh is seen in his iconic yellow human-hybrid body wearing a lumberjack suit but with a menacing twist. Piglet, on the other hand, whoís clad in black, literally looks creepy as he stands at the back of a woman whoís soaking in a jacuzzi.

Shot in 10 days in England, not far from Ashdown Forest, which has been the main inspiration of the classic book authorís imaginary Hundred Acre Wood, Waterfield shared that as an independent film company, the audience should not expect a Hollywood-level kind of production. Nonetheless, given the premise, the director, who is also in the post-production of four other films, including ëFirenandoí and ëDemonic Christmas Treeí, said that theyíve tried to keep things in an easy route by balancing horror and comedy. In an interview, he admitted that Winnie-the-Pooh: Blood and Honey is just a really wacky concept.

With its recently found publicity, the production remained extremely careful with the adaption of the 1926 version of the characters ñ to avoid copyright issues with Disney. This is because despite being made open to the public, the American entertainment conglomerate retains exclusive use of their interpretation of Winnie-the-Pooh and his friends.

Nevertheless, with the first few stills released and with the upcoming trailer, Waterfield is confident that the audience would no longer think that the film Winnie-the-Pooh: Blood and Honey is the same cute and lovable bear theyíve all grown up with. He also insists that the film is not for the young fans of the fictional teddy bear.

Are You Ready to Get Your Childhood Ruined?

Needless to say, the concept of ëWinnie-the-Pooh: Blood and Honeyí is quite interesting. Along with Rhys Frake-Waterfield, the casts of the film include Amber Doig-Thorne, Maria Taylor, and Danielle Scott.

If youíre ready to get your childhood ruined, keep posted on the final release date of the film. This horror film is slated to be released this year.