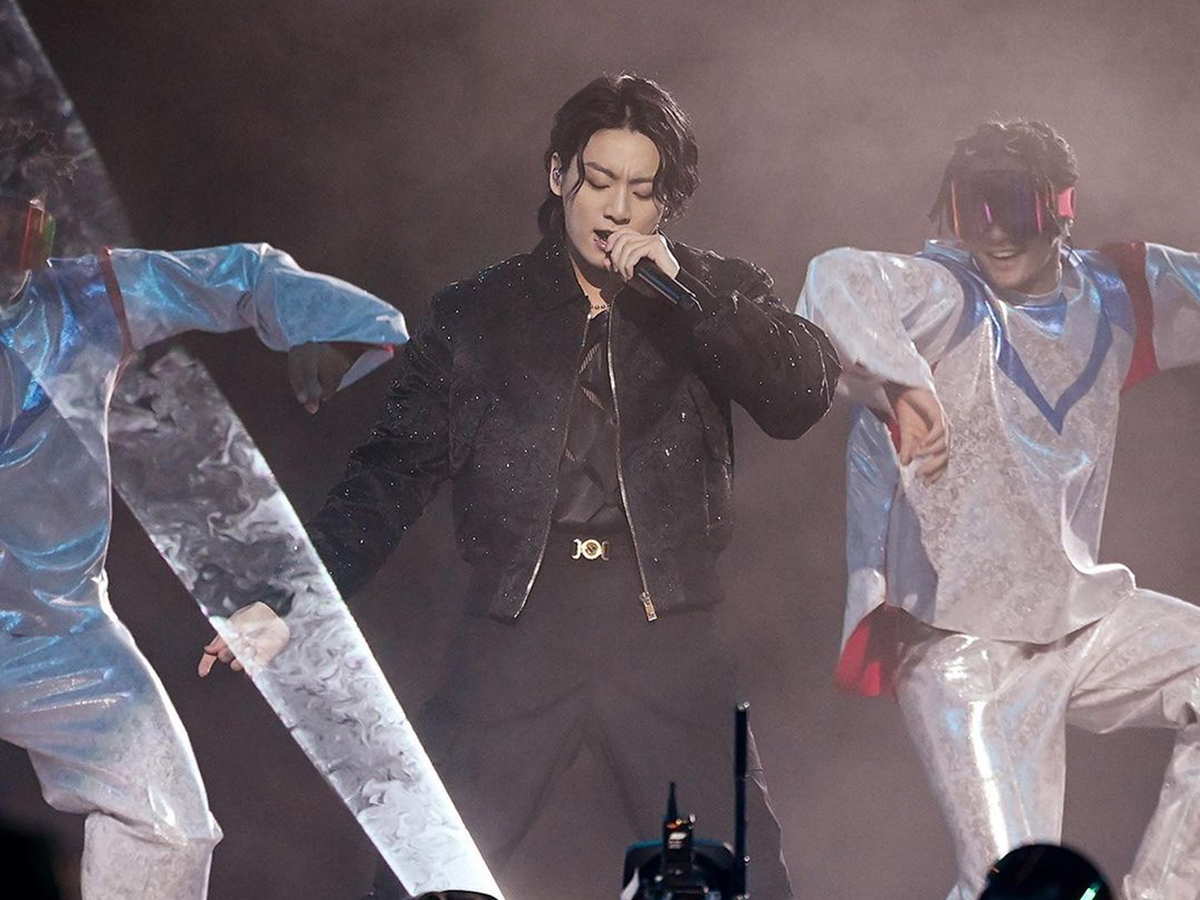 After the successful debut of his new solo single last Sunday at the opening ceremony of the FIFA World Cup in Qatar, BTS member Jungkook served the Army and music lovers around the world with the official music video of Dreamers.

Released on November 22 on the official FIFA YouTube channel, the film takes the audience to Qatar, with Jungkook touring around the city and getting all immersed in the unique culture and sights of the place with Qatari artist, Fahad Al-Kubaisi.

The accompanying music video arrives two days after the phenomenal live performance by the BTS star. It can be remembered that the studio version of Dreamers was also released on the same day – which eventually nabbed the No. 1 spot on the iTunes Top Songs chart across 102 countries and regions, including the US and Japan.

As per UnitedMasters, Dreamers became the first World Cup song to ever hit the No. 1 spot on the music streaming application.  Meanwhile, on Spotify, the record-breaking song debuted at No. 2 on the Daily Top Songs Global chart with 4,887,791 streams on November 20 and a total of 9.13 million on the second day.

The FIFA World Cup Qatar 2022 Official Soundtrack also garnered an astounding 8 million views on YouTube, 1.7 million likes, and over 105,000 comments. In addition, the video recording of Jungkook’s performance of Dreamers in the opening ceremony accumulated a massive 18.7 million views in just two days on YouTube.

Jungkook now joins the celebrated lineup of official FIFA singers, including Nicki Minaj, Maluma, and Myriam Fares, who will be sharing their World Cup anthem, Tukoh Taka, by the end of this week. Also featured for this year’s World Cup is the reggae-afrobeat fusion track Hayya Hayya (Better Together) by Trinidad Cardona, Davido, and Aisha; Ozuna and Gims’ Arhbo; Sebastián Yatra and Moroccan star Mouamane Baliaacchi’s Ulayeh; and Los Bukis’ Vamos a Qatar.

Jungkook’s latest song, Dreamers marks another milestone after Stay Alive, which was produced by fellow BTS member, Suga, and the successful collaboration he had with Charlie Puth, in the hit song, Left & Right.

To recall, BTS released an updated version of their Yet to Come last September to promote the FIFA World Cup in Qatar, kicking off with a match between the home country and Ecuador. Jungkook first shared about this involvement on November 12, in a tweet from BTS which reads: “Proud to announce that Jung Kook is part of the FIFA World Cup Qatar 2022 Soundtrack and will perform at the World Cup opening ceremony. Stay tuned!”See the official music video of Jungkook’s Dreamers here!