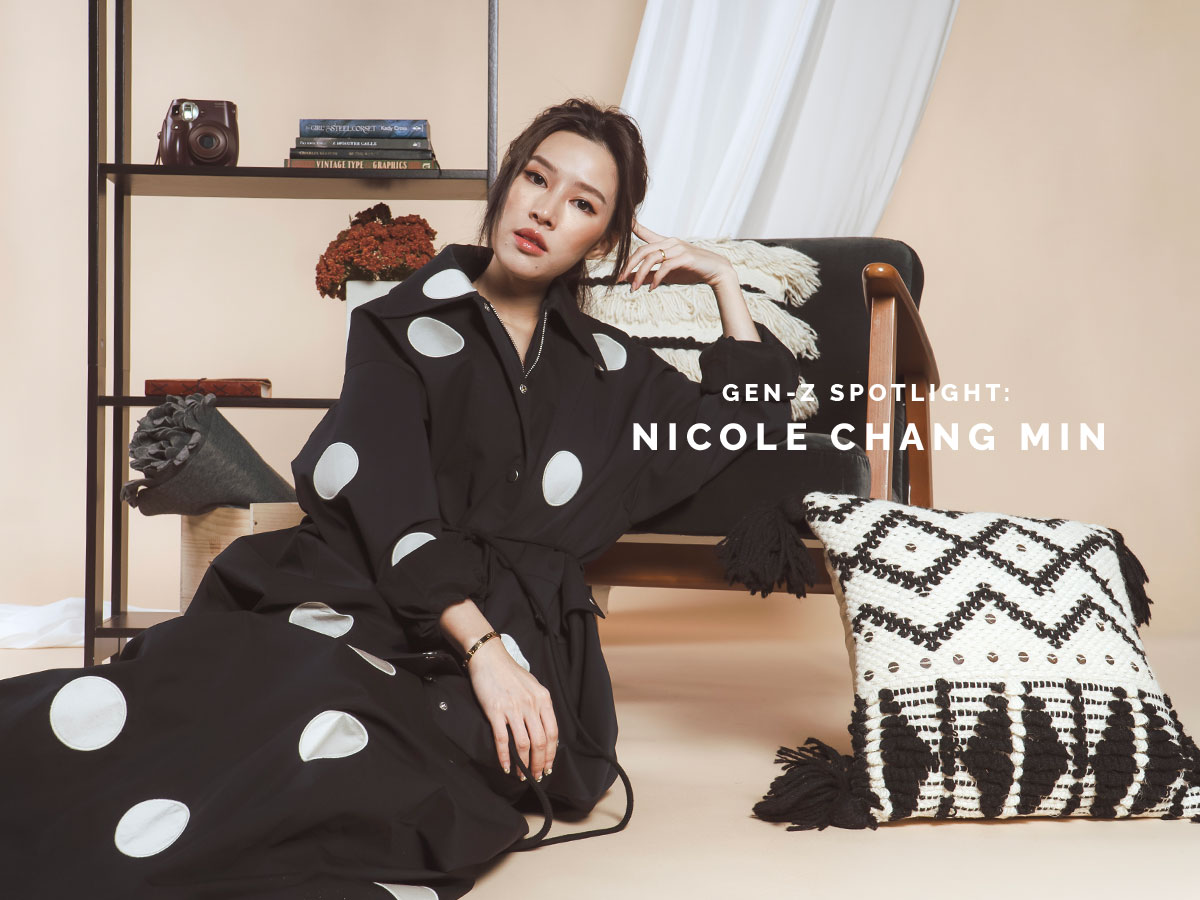 Just as how a single post can go viral, so too a single comment can ruin a reputation that took so long to build. From being a fun and engaging world that people escape to when realities become too overwhelming to handle, social media has become a dark place to dwell in.

So, how do you stay positive when there’s too much toxicity going online? How do you deal with the public backlash? Is it actually possible to avoid getting canceled?

Here, one of the top faces of Singapore’s social media landscape, Nicole Chang Min, sheds some light on how to radiate positivity and stay true to your platform despite the threats of cancel culture.

On Becoming a Social Media Influencer

Just like the rest of us, social media influencer, model, and brand ambassador, Nicole Chang Min, never thought that she would make a legitimate career out of social media. In fact, she admits to being not so fond of the term ‘influencer’ either. When asked what she does for a living, she prefers to attribute her work towards advertising – which is actually quite similar in a way.

Like how it all started, she just took to the different social media platforms the daily happenings of her life without knowing that it would earn some followings from people coming from all walks of life. The role rolled perfectly as if it was perfectly meant for her.

Now adjusting to her life as Mrs. Seah, Nicole fondly shares how her life flipped to a hundred-eighty degree – in a good way – after marrying her longtime boyfriend, Singaporean actor James Seah. The couple tied the knot in early January of this year, two years after their engagement.

On Addressing Criticisms and Feedbacks

Being in the limelight, Nicole confesses how scary cancel culture is. She even jokingly said, “Who knows, after this interview, I get canceled because I said something wrong.”

While their star-studded wedding was nothing short of a magical celebration, and many have expressed their support on social media, Nicole admits that she still received hate comments on such a wonderful day. Posting some details on her stories, there were those who commented about the guests not wearing masks even if they were obviously eating. Despite strictly following the health protocols mandated, some even shared how they feel the need to report her posts.

Having been in the industry for quite some time, Nicole always tries her best not to put herself in situations that may jeopardize her credibility. She puts emphasis on ‘using the brain’ before posting anything online – to review and check posts ten times before putting them on social media.

However, sometimes people will have their own way of interpreting things. Here she reminds everyone of the importance of blessing oneself with positive energies, going away from the toxins spreading over the internet, doing aura cleansing, and meditation.

On Staying True to Yourself on Social Media

Content creation is no walk in the park. The realities of social media may not be as glamorous as it looks. Like many other individuals who made a career on social media, one of the biggest challenges that Nicole experiences is constantly finding new things to post.

Fortunately, similar to human beings, the internet continues to evolve. Nicole is pretty grateful for TikTok as it literally changed and offered new ways to come up with content. Gone were the days when people would purposely visit places, like cafés, just to take pretentious shots. With TikTok, Nicole feels like there’s more authenticity in the platform. “I really love TikTok. You really just get to be yourself. Not pretentious. It’s not filtered. You got to just snap and then post.

While it’s easy to judge people based on how they appear on social media, Nicole hopes that people would not be quick to judge. “I wish people knew that I’m not a bimbo, because I actually went to University”.

With the modern form of ostracism making rounds on social media, it may be challenging to stay true to yourself. The thing is, no matter how hard you try, you can never please everyone. People will always have something to say. When faced with this dilemma, may we take inspiration from the words that Nicole would like to impart to her younger self: Don’t be afraid. Because the last time, I was very afraid to do everything. Maybe until now, I’m still quite cautious. But if you don’t do or don’t try, it’s just a lost opportunity. So, just do it. Do it, then regret.