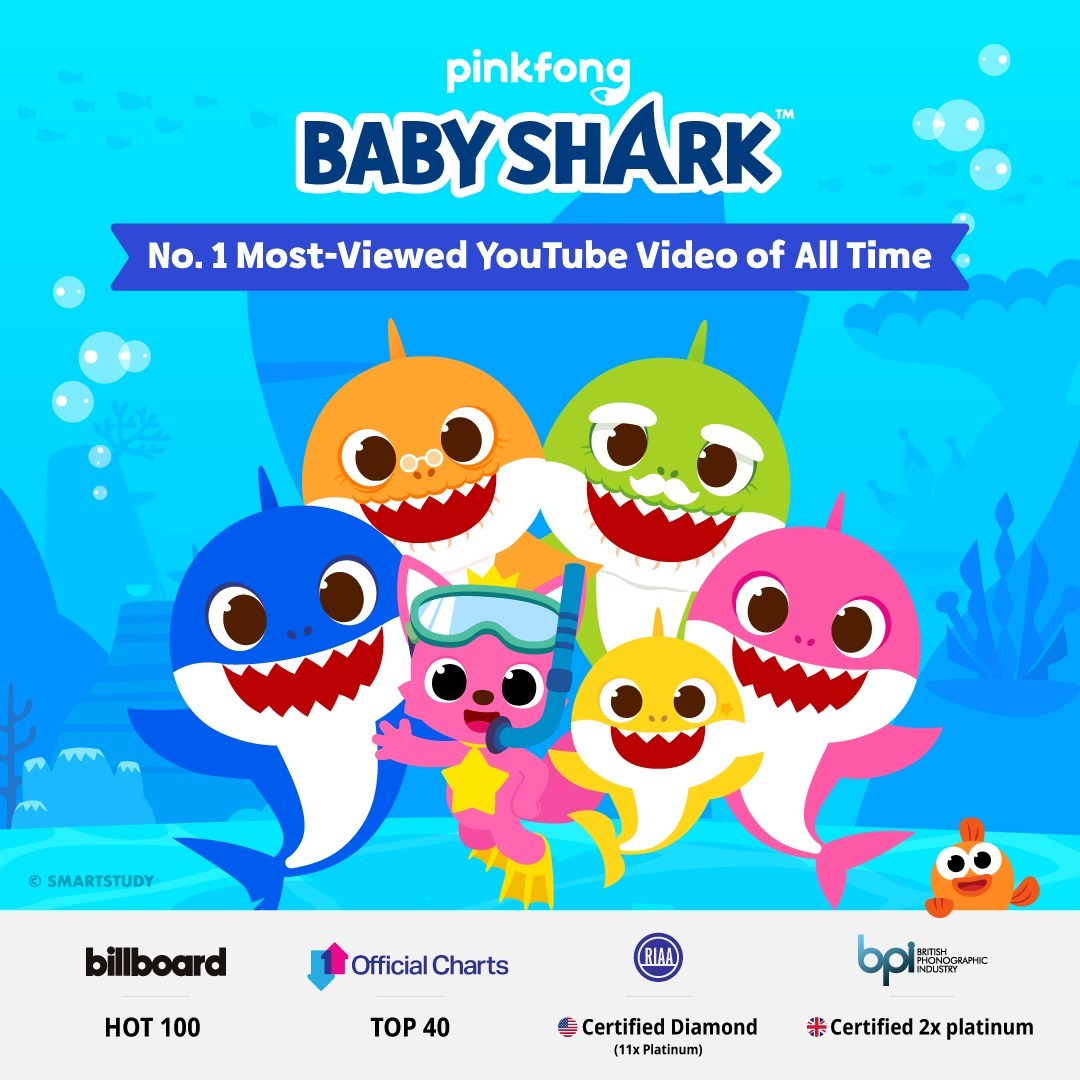 The iconic music video “Baby Shark” has officially become the most-viewed YouTube video in history with over 7 billion views since it was first launched in 2015. The Baby Shark song surpasses the Puerto Rican hit, “Despacito” by Luis Fonsi and Daddy Yankee.

Pinkfong, the company behind the famous children song, is a global entertainment brand that creates award-winning kids content for families worldwide. The company has 5,000 educational songs and stories, all available on different media platforms such as the App Store, Google Play, YouTube, and Amazon Video.

Baby Shark single also achieved another milestone after receiving RIAA Diamond certification – 11x Platinum for having sold over 11 million records. This recognition makes “Baby Shark” one of the only 41 Diamond singles in history alongside best-selling artists such as Ed Sheeran and Lady Gaga.

“Without the love and support of fans around the world, Baby Shark’s new record would have been impossible,” said Min Seok Kim, CEO, SmartStudy. “We’re very honored by this record and will continue to focus on delivering high-quality entertainment beyond the digital platforms.”

When Baby Shark was launched in November 2015 on YouTube, it instantly became a huge hit. With its catchy music, iconic characters, and playful dance, Baby Shark took the world by storm, recording a 20-week-streak on the Billboard Hot 100 and #6 on the Official Singles Chart, the highest position ever achieved by a children’s song in history. The hit song generated a viral dance challenge named #BabySharkChallenge, garnering over 1 million cover videos worldwide.